Supporters poured into Paris’s freezing Champs-Elysees boulevard on Wednesday after a World Cup semi-final between France and Morocco which for millions tugged at the heartstrings, as “Les Bleus” won 2-0 to reach the final for a second time in a row.

“We just want to celebrate our win and we can really feel it will get crazy,” said student Kerene Massuka who came with a friend.

“I am sad and proud at the same time”, said Thomas Bregas, a young Franco-Moroccan wrapped in a Morocco flag.

Fans were flanked by hundreds of police trucks securing the area as they let off fireworks and flares to the sound of honks and cheers. 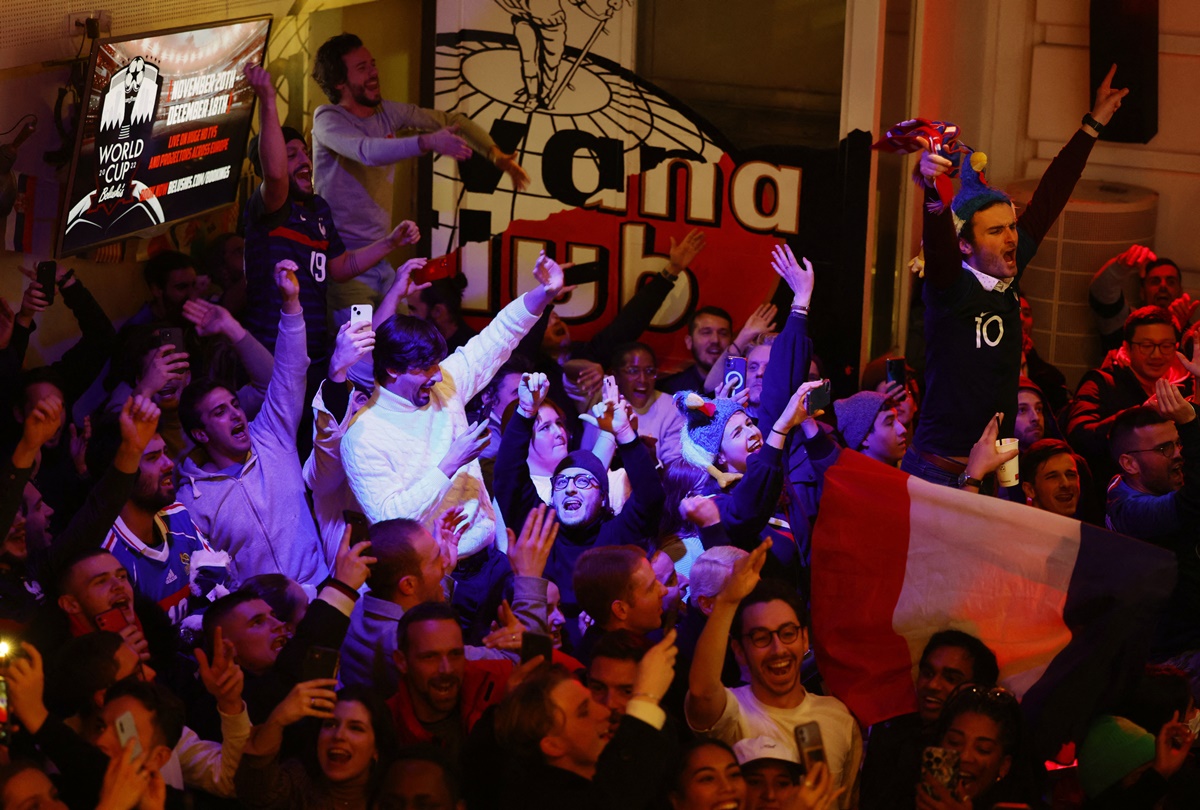 Crowds of supporters were seen entering the Christmas-decorated boulevard after the final whistle, where authorities were bracing for tens of thousands despite temperatures around 0 Celsius.

France is home to a large Moroccan community, many of whom have dual citizenship. The stakes were high on both sides.

Morocco had a shot at becoming the first African nation to reach a World Cup final, but France are now poised to become the first team to retain their World Cup title in 60 years on Sunday.

Speaking from Qatar, French President Emmanuel Macron said: “I want the French to now enjoy this simple form of happiness.” 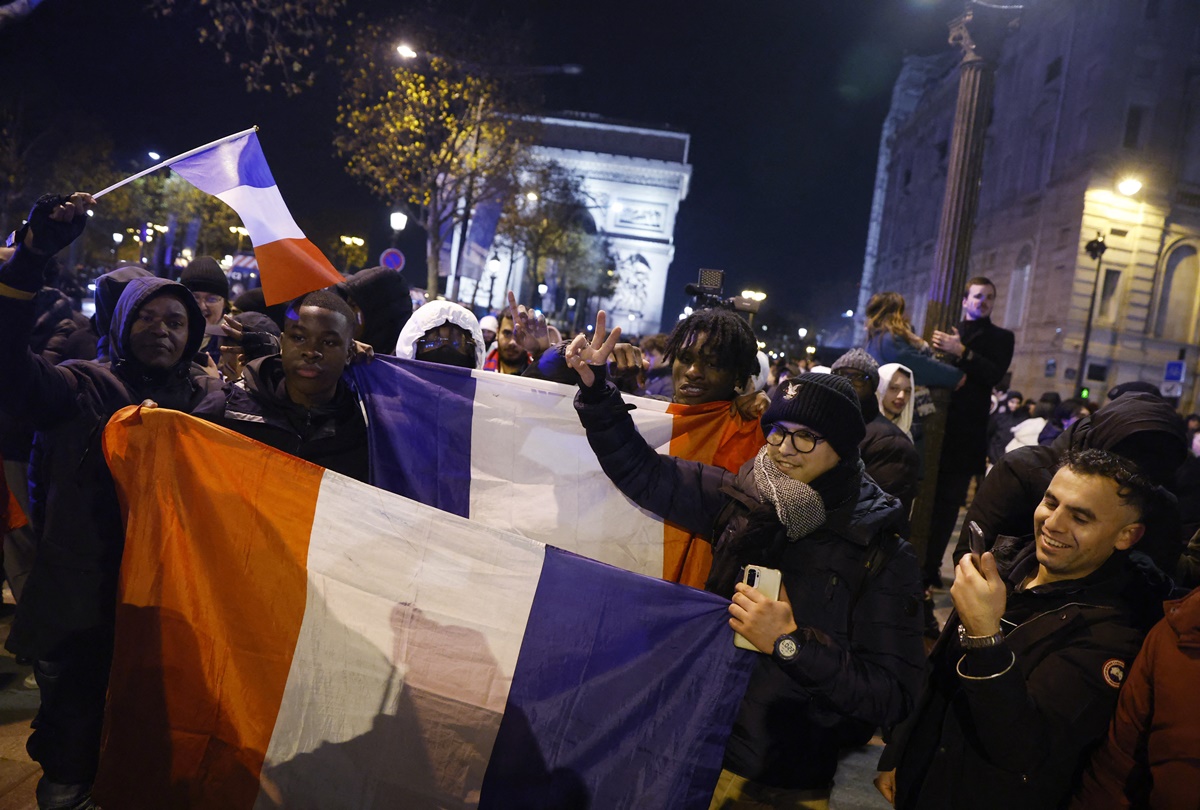 He added that Moroccans had nothing to be ashamed of after an “extraordinary” World Cup journey.

“Sunday is just a formality, the cup is already in France,” said Karine, 28, who watched the game with friends in a gym in Compiegne, northern France.

In Paris, Police were gearing up for possible skirmishes, after scuffles followed last week’s Moroccan quarter-final win over Portugal.

Some 10,000 police officers will be mobilised nationwide, of which 5,000 personnel will be posted in the Ile-de-France region around Paris and some 2,200 in the capital, double the security staff than for earlier key World Cup matches, Interior Minister Gerald Darmanin said on France 2 television.

Deeply enmeshed by their colonial bonds and post-war flows of migrant labour from North Africa to France, the two nations share a history that has shaped their identities and their politics, and made for a sometimes edgy relationship.

Morocco fans in France had been in a celebratory frenzy ever since their team went on its historic World Cup journey, becoming the first African and Arab team to reach the last four in the global showpiece event.

Sutirtha and Harmeet make their exit

‘I saw Sachin Tendulkar dancing for the first time’