Krishna Prasad Garaga and Vishnu Vardhan Goud, the only ones left in contention from India on the final day, lost 21-19, 14-21, 19-21 to England's Ben Lane and Sean Vendy in the summit clash. 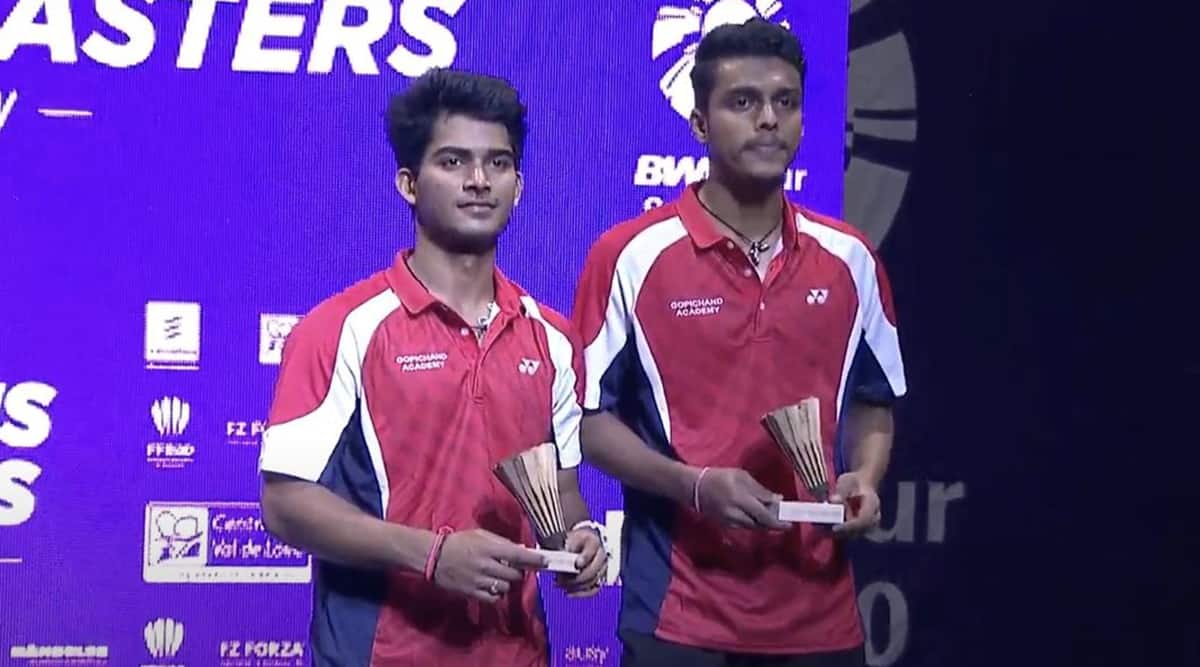 The Indian pair of Krishna Prasad Garaga and Vishnu Vardhan Goud let slip a strong start to go down to England’s Ben Lane and Sean Vendy in the men’s doubles finals of the Orleans Masters badminton tournament here on Sunday.

Krishna and Vishnu had paired for the first time in this event and would be pleased with the results they managed.

Krishna, 21, is India’s no. 1 ranked doubles player and used to pair up with Satwiksairaj Rankireddy in his junior days.

After Satwik and Chirag Shetty were paired together, Krishna started playing with Dhruv Kapila since November, 2016.

The duo continued for two and a half years before separating in 2019.

The 20-year-old Vishnu also played with a few other Indian doubles players in his junior days.

He and Ishaan Bhatnagar had reached the finals at the 2019 Bulgarian Junior international.

Satwiksairaj Rankireddy and Chirag Shetty were the first Indian pair to win a super 100 event at Hyderabad in 2018.

The duo also went on to win Thailand Open 500 and reaching the finals of French Open 750 event.

Krishna had earlier paired with Shlok Ramchandran, while for the 20-year-old Vishnu, it’s his first international tournament at the senior level.

On Saturday, Saina Nehwal bowed out in straight games in the women’s singles semifinals to end India’s singles challenge at the tournament.

Saina lost 17-21, 17-21 to Denmark’s Line Christophersen in her semifinal clash.

Most parents in city are not for reopening of schools

Bigg Boss 13: Shehnaaz to Sidharth: I HATE YOU!