Tamim Iqbal made 78 and led Bangladesh to 271-6 as it batted first after winning the toss in the second of three ODI matches. 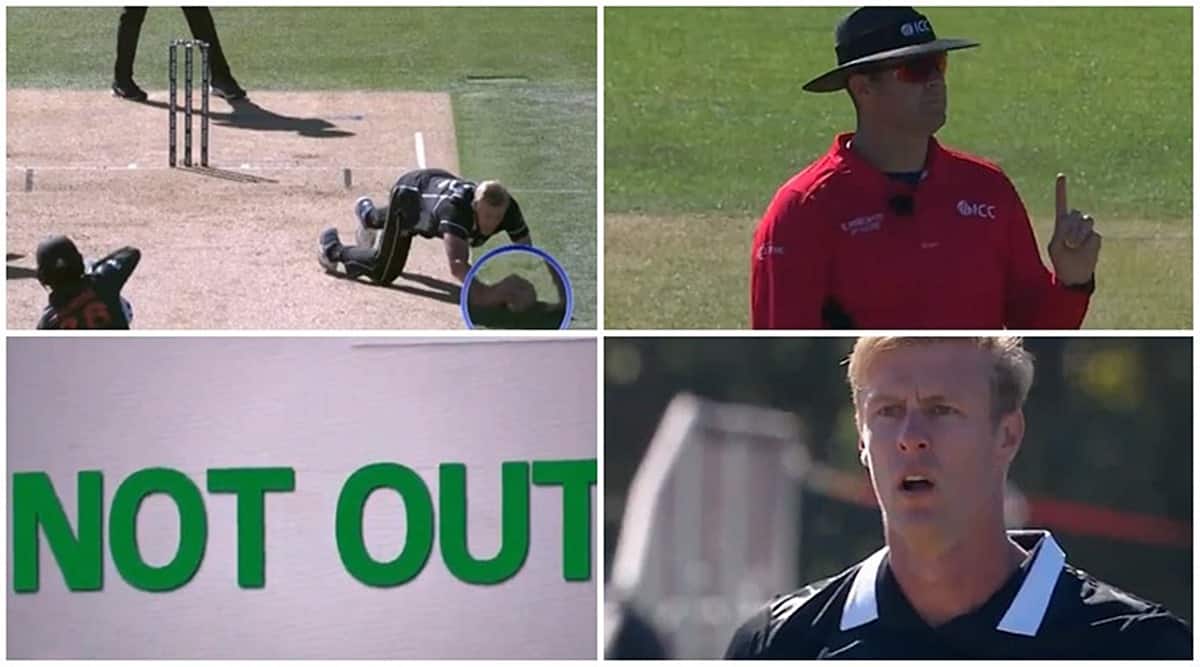 Iqbal, who was playing his 50th ODI, scored 78 as he led Bangladesh to 271/6. However, when he was batting on 34, in the 15th over of Bangladesh’ innings, the southpaw offered a sharp return chance to the Jamieson. The 6-foot-8 inches Jamieson went low on his follow-through and completed a remarkable catch. As he did so, the ball held in his right hand touched the ground.

The on-field umpire immediately upheld New Zealand’s appeal but Tamim referred the decision to the television umpire who, after studying several angles, ruled that Jamieson did not have full control of the ball. Tamim had earlier had a decision for caught behind overturned.

Replays showed that while the Kiwi paceman did complete the catch, a part of the ball – which was in his right hand – was grazing the pitch before he got up again to celebrate. Hence, third umpire Chris Gaffaney adjudged that the bowler was not in complete control when the ball grazed the pitch.

Section 33.3 of MCC’s Laws of Cricket states, “the act of making a catch shall start from the time when the ball first comes into contact with a fielder’s person and shall end when a fielder obtains complete control over both the ball and his/her own movement.”

As such, while Jamieson takes the catch cleanly, the ball touches the ground in the follow-through of his body movement, making it an incomplete catch.

A decade of controversies in the IPL: From spot fixing to on-field disputes