‘It is something we need to put to bed quickly and hope nothing like that ever happens again.’ 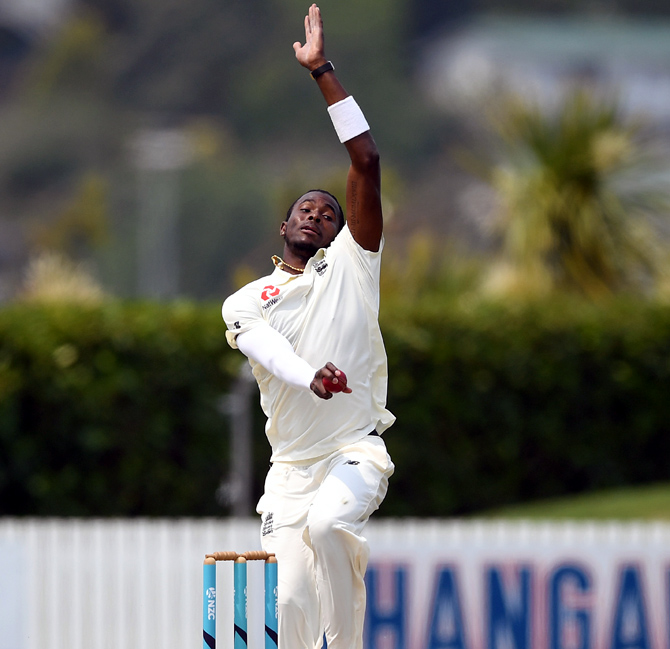 New Zealand Captain Kane Williamson said he will personally apologise to England pacer Jofra Archer after he became the victim of racial abuse during the fifth and final day of the first Test at Bay Oval in Mount Maunganui.

He also revealed that the Kiwis did not know about what had happened until Archer decided to tweet about it.

‘It is certainly against everything that we as Kiwis are about, and I certainly hope that nothing like that ever happens again. I can only apologise on behalf of Kiwis to Jofra, not only from our team and how we look to conduct ourselves, but what we expect of Kiwis in general,’ stuff.co.nz quoted Williamson as saying.

‘It is a horrific thing. In a country, and a setting where it is very much multi-cultural, it’s something we need to put to bed quickly and hope nothing like that ever happens again. It certainly won’t if there’s any influence we can have on it,’ Williamson said.

‘Was I shocked? Absolutely, 100 percent. I will try see him over the next few days if I can, definitely,’ he added.

Archer said on Monday he was subjected to racial insults by a spectator while batting during the final day of the opening Test. He went on to report the comments to the team’s security at the ground.

After the match, he also tweeted about the incident and said: ‘A bit disturbing hearing racial insults today whilst battling to help save my team, the crowd has been amazing this week except for that one guy, @TheBarmyArmy was good as usual also’.

New Zealand Cricket also released a statement and confirmed it would be making an official apology to Archer.

‘NZC has zero tolerance towards abusive or offensive language at any of its venues and will refer to any developments in the case to the police,’ NZC said in an official statement.

Monsoon in north-central India can drop significantly: US scientific agency

Sent off for a cough? FA issues guidelines to referees

Sushant Singh Rajput’s sisters remember the actor on Raksha Bandhan
We and our partners use cookies on this site to improve our service, perform analytics, personalize advertising, measure advertising performance, and remember website preferences.Ok