Speaking eight years after the match, when Virat Kohli bowled a crucial over against CSK but ended up conceding 28 runs, Albie Morkel said Kohli should not have been the one bowling. 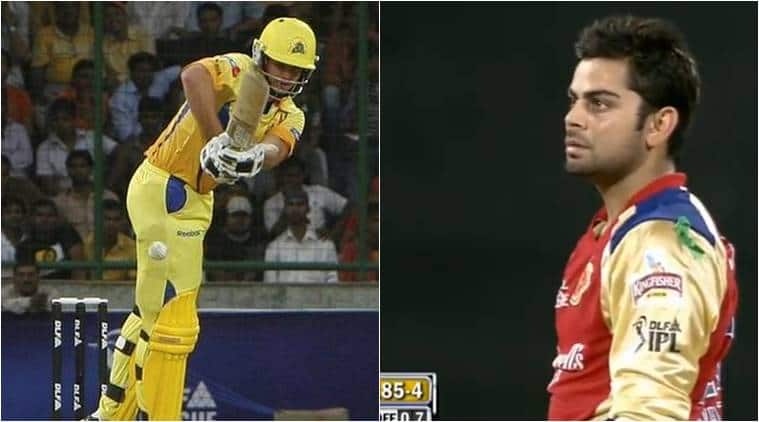 Virat Kohli’s bowling credentials in the Indian Premier League (IPL) were forever destroyed when Albie Morkel scored 28 runs in his over in a run chase for Chennai Super Kings (CSK) in the 2012 IPL season. Speaking eight years after the match, Morkel said Kohli should not have been the one bowling the crucial over.

“Royal Challengers Bangalore (RCB) had the game in their bag. I have no idea why they bowled Virat. All respect to him, he shouldn’t have bowled that over anyway. We lost a wicket in the last ball of the 18th over,” Albie Morkel said on a YouTube chat for CSK.

In the last stages of a CSK vs RCB match in 2012, RCB captain Daniel Vettori had thrown the ball to Kohli, with CSK needing 43 to win off the last 2 overs. Raju Bhatkal, who had gone for 35 runs in his two overs, and Chris Gayle had been the other bowling options for RCB.

Morkel took Kohli to the cleaners, hitting three sixes and two fours in an over that cost 28 runs. CSK went on to win the match after successfully getting 15 runs in Vinay Kumar’s over.

“I think I edged the 1st one for 4 that just missed my stumps. I edge another one just went over the short third man. I started hitting it straight and we eventually got 28 and ended up winning the match with Bravo hitting a couple in the next over.

“That moment lasted about 15 minutes in my career. It is magical to look back at. I remember the vibe at the ground,” he added.

Kohli, who had till then taken four wickets in the IPL, would not bowl for the next two seasons, and has bowled a total of 17 deliveries since then.

Search still on for man washed away in stream