Jasprit Bumrah and Mohammed Shami rescued India on Day 5 of the second Test against England. 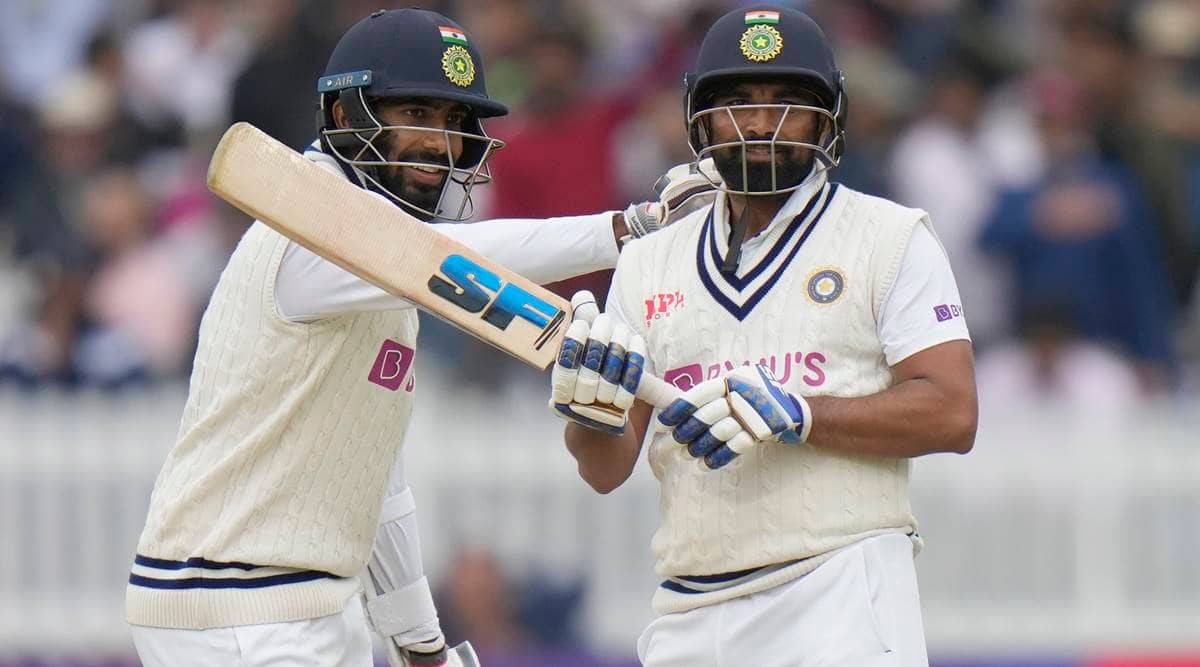 Victory is always possible for those who refuse to stop fighting. Jasprit Bumrah and Mohammed Shami did just that as they piled on the agony for England on Day 5 of the second Test at Lord’s on Monday.

Resuming at 181/6, India suffered early blows as overnight batsmen Rishabh Pant and Ishant Sharma fell early leaving the visitors at 209/8. But then came the ‘Boom-Sham’ act, as Sunil Gavaskar said on commentary.

It was a box-office show from Bumrah and Shami as they toiled hard and stitched a memorable partnership at the home of cricket. Grit, resistance, smartness, and power everything was on display from the duo as they remained unbeaten at the end of the first session on Day 5 giving India a vital lead of 259 runs with 2 wickets in hand.

While Shami recorded a career-best 52, Bumrah remained not out on 30, adding 77 runs for the 9th wicket. This was a record in itself as they eclipsed the previous highest ninth-wicket partnership for India at Lord’s — 66 by Kapil Dev (89) & Madan Lal (15) in 1982. Shami and Bumrah withstood the storm early on as the England bowlers tried every trick in the book. Bumrah was even hit on the helmet which probably stirred him up even more as he applied himself at the crease and put a price on his wicket.

England lost the plot as they tried to give back some of the aggression shown by Bumrah against their star bowler James Anderson. However, they were probably carried away by too much emotion and gave the tailenders a barrage of short balls first up. The heatmap also revealed most of the balls bowled to Bumrah and Shami were short of length, that too when the new ball was just 10-15 overs. 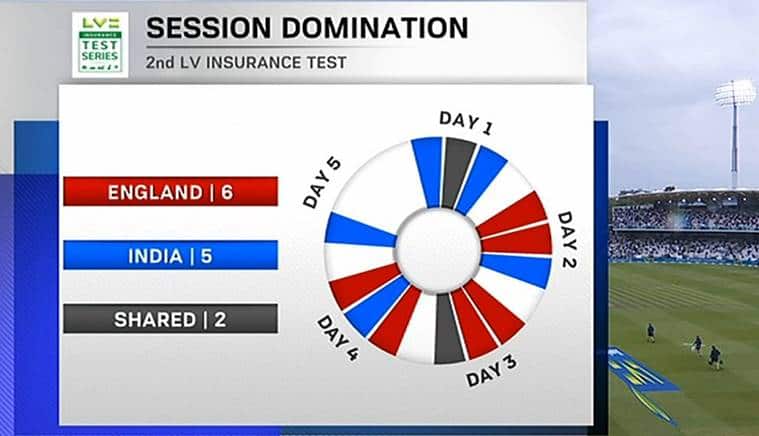 Even Anderson and Wood seemed off colour and slightly unfit, especially Wood with all the strapping. Ollie Robinson was not used judiciously either as he was taken off the attack by skipper Joe Root after picking up the wicket of Pant.

As Bumrah and Shami continued to play fluent strokes on the offside coupled with a few fine straight drives, England seemed rattled and ran out of plans.

Tempers flared up when verbal clashes ensued between Bumrah and some England players — notably Mark Wood, who attempted to rough up his fellow paceman, and wicketkeeper Jos Buttler — added spice to the occasion that appeared to fire up India captain Virat Kohli on the balcony. But what was most impressive was Bumrah’s response — a cracking boundary through cover-point.

At the end of the session, when the Indian seamers returned to the pavillion, they received a grand reception from the entire Indian squad which came down to ground floor instead of the first one.

By then Shami brought up just his second half-century in 53 Tests with a four and a huge six in successive balls and walked off 52 not out. Bumrah was unbeaten on 30.

Neither player had passed 10 previously in this series, which lies at 0-0 after a drawn first Test at Trent Bridge.

‘An old man like me needs to stay fresh’: AB de Villiers ahead of IPL 2021 restart