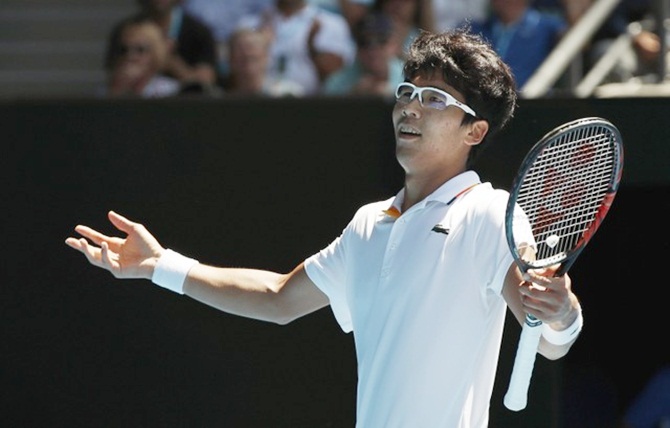 The World No. 26 is expected to be a top draw at the ATP 250 event to be played at the Mhalunge Balewadi Stadium in Pune.

Tata Open Maharashtra Tournament Director Prashant Sutar was excited to sign the Korean as one of the first players for the event.

“Chung is one of the most exciting talents in tennis today. His consistent run across various tour events, including Australian Open, since winning the inaugural Next Gen ATP Tour Finals last year has made him a player to watch out for this time at Tata Open Maharashtra,” Sutar was quoted as saying in a media release on Monday.

The 22-year-old made waves at the 2018 Australian Open, where on his way to semi-final against legendary Roger Federer, he stunned world No. 5 Alex Zverev in Round of 32.

But what created ripples was handing six-time Melbourne Park winner and his idol Djokovic a straight sets loss in the round of 16.

However, he had to retire from the semi-final against Federer due to blisters.

But by then he had already created history by becoming the first player from South Korea to go past fourth round of a Grand Slam tournament.

Chung started the year ranked No. 58 and by April he climbed to a career-high ranking of 19, mostly due to his unprecedented run at the Australian Open.

In November 2017, Chung had announced his arrival winning the inaugural ATP Next Gen Championships in Milan.

Tata Open Maharashtra begins on December 29 when the qualifiers will take place on the first two days to determine the last four entrants for the main tournament.

The main draw will start from December 31 with the final scheduled on January 5.

Sepia gets a coat of reality

Djokovic will have to be vaccinated to play in Australian Open