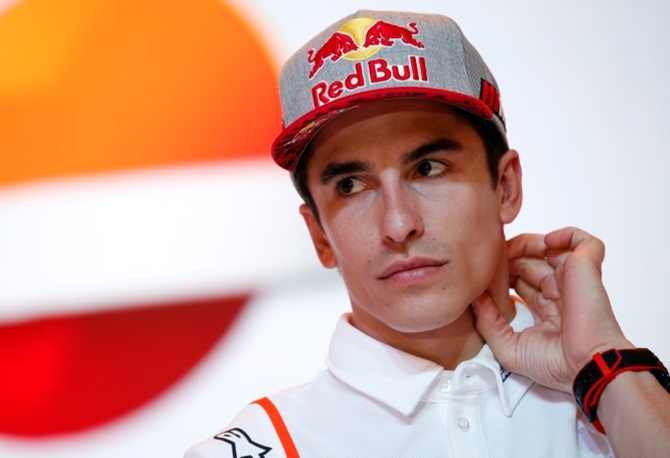 Six-time MotoGP world champion Marc Marquez can celebrate his first win of the season on Sunday when the Spaniard takes part in a virtual race from the comfort of his home.

The dominant Honda rider has had no opportunity to triumph on the real racetrack so far in 2020, with this month’s opening Qatar round cancelled and the following four races all postponed.

The season is not due to start until mid-May at the earliest.

Marquez has a remote chance, in the strictly literal sense, in what is being presented by MotoGP organisers as the #StayAtHomeGP.

“All of us are living in a difficult moment so it will be really nice to have some fun and bring some action to the fans,” said the 27-year-old, whose country is second only to Italy in the number of coronavirus deaths worldwide.

A cast of regular riders, including Marquez and his brother and team mate Alex as well as Yamaha’s Maverick Vinales and Petronas Yamaha’s Fabio Quartararo will be racing on the official MotoGP 2019 video game.

The race will be six laps of the virtual Mugello circuit, home to the Italian Grand Prix, after a five minute qualifying period. Fans will be able to watch on selected TV channels and across social media platforms.

“I have been remaining at home, still training as much as I can while staying safe,” added Marquez in a Honda statement.

“Alex and I enjoy playing the MotoGP game together but now we must be a little more serious about it. No matter what we are racing, as riders we want to win. With the race only being six laps I think we can go full aggression and push the whole way. I’m looking forward to doing some racing.”

Moto2 champion Alex Marquez, 23, has yet to make his race debut at the top level after moving up for this season.

“We have a responsibility to encourage people to stay inside and follow the guidelines, if they can’t come to the races then we can bring the races to them,” said the younger Marquez, who has been training indoors.

“I thought my ‘racing debut’ would be a little different but I am looking forward to it either way. Normally I am quite competitive in the MotoGP game when I play with friends, so I am not sure I am a true rookie but it is very hard to know the level of the other riders.”