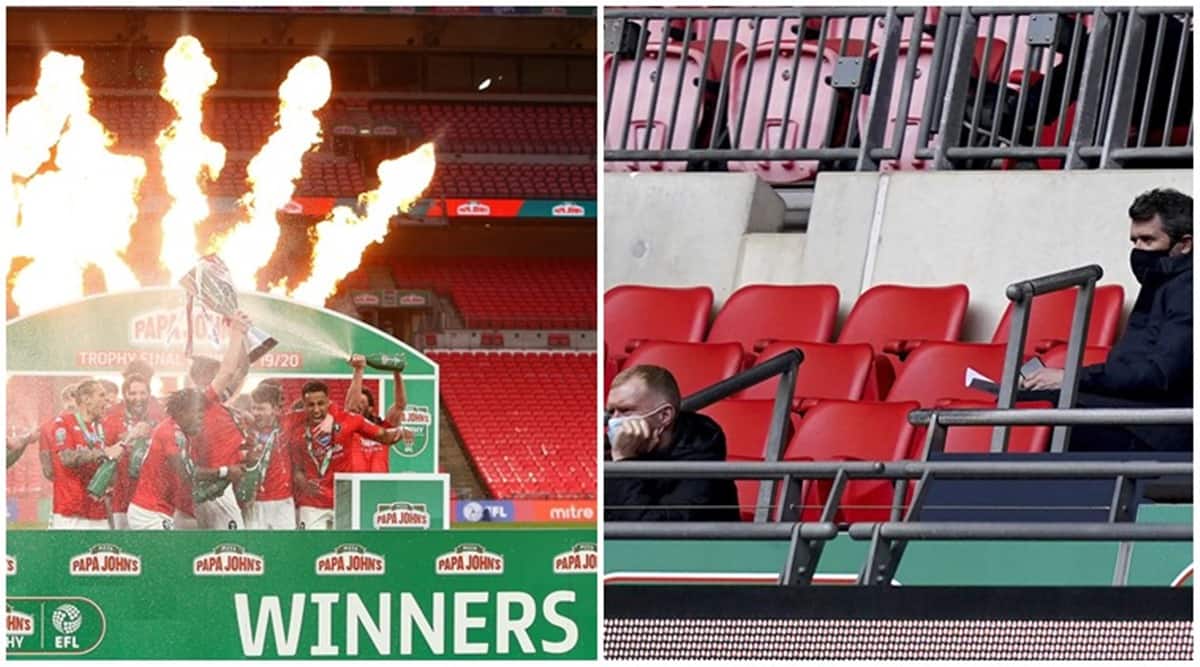 With Paul Scholes and Ryan Giggs watching on at Wembley and Gary Neville providing television punditry, Salford beat Portsmouth in a penalty shootout to clinch the EFL Trophy on Saturday.

Taking place 342 days after the original date for last season’s final due to the coronavirus pandemic, fourth-tier Salford won’t get to hold onto the trophy for very long.

They had to leave the stadium with a replica as the original is sanitized and prepared for this season’s final — which takes place on Sunday and doesn’t involve Salford.

So Salford will become one of the shortest champions in the history of a football competition at just one day. The EFL Trophy is contested by the 48 clubs in League One and League Two.

The ”Class of 92” investors, also including David Beckham, Phil Neville and Nicky Butt, are the United stars who graduated from the academy and formed the backbone of two trophy-laden decades for Alex Ferguson.

It was in 2014 when they first bought into Salford, which is located less than eight kilometers (five miles) from United’s Old Trafford and was then playing in the eighth tier. Now they are chasing promotion to the third division, buoyed by a first trophy in professional football for the team.

Singaporean business partner Peter Lim, who is also the majority shareholder at Valencia, owns 40% of Salford.