On a day when Rajasthan Royals’s top-run getter Jos Buttler was dismissed cheaply, his strike partner Yashasvi Jaiswal saved his captain’s blushes following Sanju Samson’s decision to bat first against the Lucknow Super Giants with a gritty 41 off 29 balls at the Brabourne stadium in Mumbai on Sunday.

Jaiswal did not waste any time making his presence felt as he smashed back-to-back fours off Mohsin Khan in the opening over of the match.

Buttler departed in the 3rd over after having his stumps knocked out by Avesh Khan. Samson, the next man in, went for the big hits while Jaiswal took a more conservative approach as the pair kept the scoreboard ticking.

Both Avesh and Mohsin were hit by the Royals skipper for multiple fours in the 3rd and 4th over. Then, lanky left-hander Jaiswal hit a four off Avesh and took Dushmantha Chameera for 21 runs including three fours and a six. 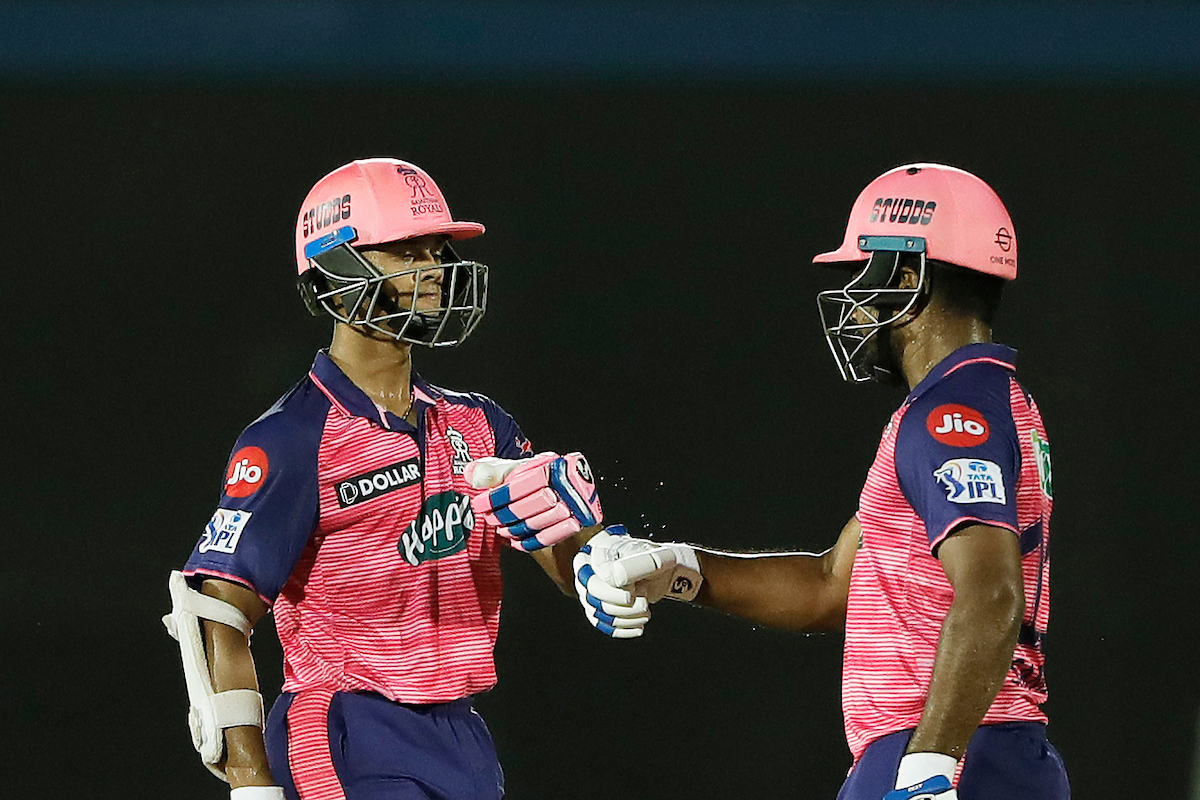 Samson’s cameo came to an end in the 9th over when he struck Jason Holder to Deepak Hooda at deep point, ending a 64 run partnership.

Devdutt Padikkal was the new man in and Jaiswal stepped back and allowed his partner — another lanky left-hander — to go for the big hits, which he duly did, hitting four fours and a six off the next two overs, partly thanks to Jaiswal who willingly took the singles to unselfishly remain at the non-striker’s end.

Jaiswal was finally dismissed in the 12th over courtesy an excellent caught and bowled effort by youngster Ayush Badoni.

While Jaiswal’s 41 may not seem that impressive, it set the tone for Rajasthan’s innings, built a solid foundation and paved the way for the rest of the RR batters to go for the big hits in the slog overs.

Rajasthan’s margin of victory of 24 runs — apart from their relentless bowling — can be traced back to the contributions of the batters in the first half of the game, led by the 20 year old whose incredible life journey you can read here.

In President’s Cup, Tiger Woods to take up multiple mantles in Australia

Fire in Delhi slums, no one hurt

Watch: What cyclone Fani’s landfall at Puri looked like