Big Manchester clubs will have to make a lot of adjustments if they want Messi on their books. 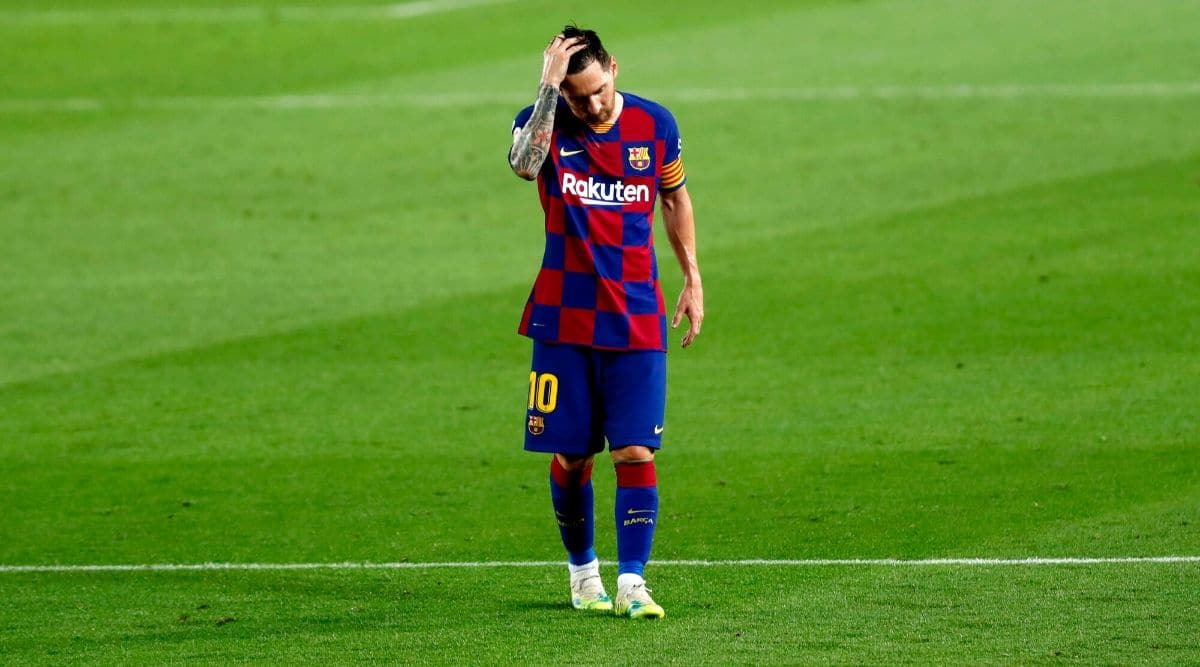 Ever since Lionel Messi has asked to leave Barcelona, speculation in both mainstream and social media has intensified about his next destination. Messi is contemporary football’s biggest star and very few clubs can afford him. Manchester City are said to be at the front of the queue not only because they are flush with money from Abu Dhabi, but also because of Messi’s close proximity to City manager Pep Guardiola.

Between 2008 and 2012, when Guardiola was the manager at Barcelona, Messi had his best years in football, with two Champions League and three La Liga titles. Many moons down the line, the issue is not that simple. Why will City like to sign a 33-year-old player if they are forward-thinking?

Only about a fortnight ago, Messi’s wonder goal against Napoli in the Champions League further attested to his brilliance. But even the Argentine’s greatness can’t hold back his age. Unlike La Liga, the Premier League thrives on pace, physicality and high tempo. A lot of high-quality players have found it difficult to adapt to the demands of top-flight English football. A lot of top-class managers, too, have struggled initially. “It is every three days for our side and everybody else. It is the most difficult thing,” Guardiola had said two years ago about the challenges in the Premier League. His genius notwithstanding, there’s no guarantee that Messi, at the back end of his career, will be able to overcome the challenge.

Lionel Messi’s journey to greatness at Camp Nou: At a glance

Ever since Messi made his first-team debut for Barcelona in 2004, the Catalan club has adjusted itself to showcase its biggest star. His team-mates, too, sacrificed their natural game to a certain extent to make things comfortable for Messi. They took additional burden, for their talisman hardly tracked back and contributed to defensive work. The extra privilege for Messi was normal at Barcelona.

It will not work like that at City or Manchester United. By the way, United, too, have the financial wherewithal to sign Messi, although the chances of the Glazers (owners) and Ed Woodward (executive vice-chairman) making that happen appear to be more remote than India qualifying for the World Cup finals. Extra privilege for a certain individual upsets the dressing-room dynamics in English football. That’s part of English football culture. Cristiano Ronaldo had to work his socks off at United even after winning a Ballon d’Or.

Explained: What is the clause Lionel Messi triggered to leave Barcelona?

Money-wise, roping in Messi will mean redrawing the sponsorship structure even for the two wealthy Manchester clubs. The club that lands the Little Master will have to fork out something in excess of £80 million a year, including signing-on fee, wages and bonuses. Recouping that through shirt/merchandise sales will be extremely difficult in a market reeling under a severe crisis of demand-side confidence and Covid-forced recession. Balancing the books to be in sync with Uefa’s Financial Fair Play (FFP) regulations will not be easy.

On the pitch, as far as City are concerned, Messi’s arrival can take them to the elusive Champions League glory. At the same time, despite Messi’s presence, Barcelona haven’t won the competition after 2014-15. Only last year, they couldn’t hold on to a 3-0 first-leg lead against Liverpool and went down 4-0 in the return leg at Anfield. Messi was bossed by Virgil van Dijk and company in that game. “He (van Dijk) is very fast and big, but he has a lot of agility for his height,” Messi later told Marca.

Messi’s arrival at City could be detrimental to Phil Foden’s progress, given that the 20-year-old is the club’s future. Also, it might force Guardiola to make a tactical tweak to accommodate the superstar. With Kevin De Bruyne, Sergio Aguero, Raheem Sterling and Gabriel Jesus upfront, City’s attack is sorted. They are rightly bolstering their defence.

In United’s case, £100 million is probably better spent on Jadon Sancho, the 20-year-old winger who can seamlessly fit into Ole Gunnar Solskjær’s cultural reboot-and-youth policy. Mason Greenwood, already a class act at 18, should be the kingpin of United’s attack going forward.

As for Messi, if at all he leaves Barcelona, Paris Saint-Germain (PSG) or Inter Milan could be the ideal destination where his career can saunter into a golden sunset at its own pace.

IPL 2020: CSK all-rounder Shane Watson opens up about admiring MS Dhoni even when he played for another franchise

IPL auction: Good day to be an overseas pacer

From Uri to Brahmastra: The films to look forward to in 2019

10 odd photos that you simply have to see