The Ligue 1 game between Olympique de Marseille and Stade Rennais at the Stade Velodrome on Saturday was postponed after Marseille fans stormed into their team's training ground hours before kickoff in protest at club officials. 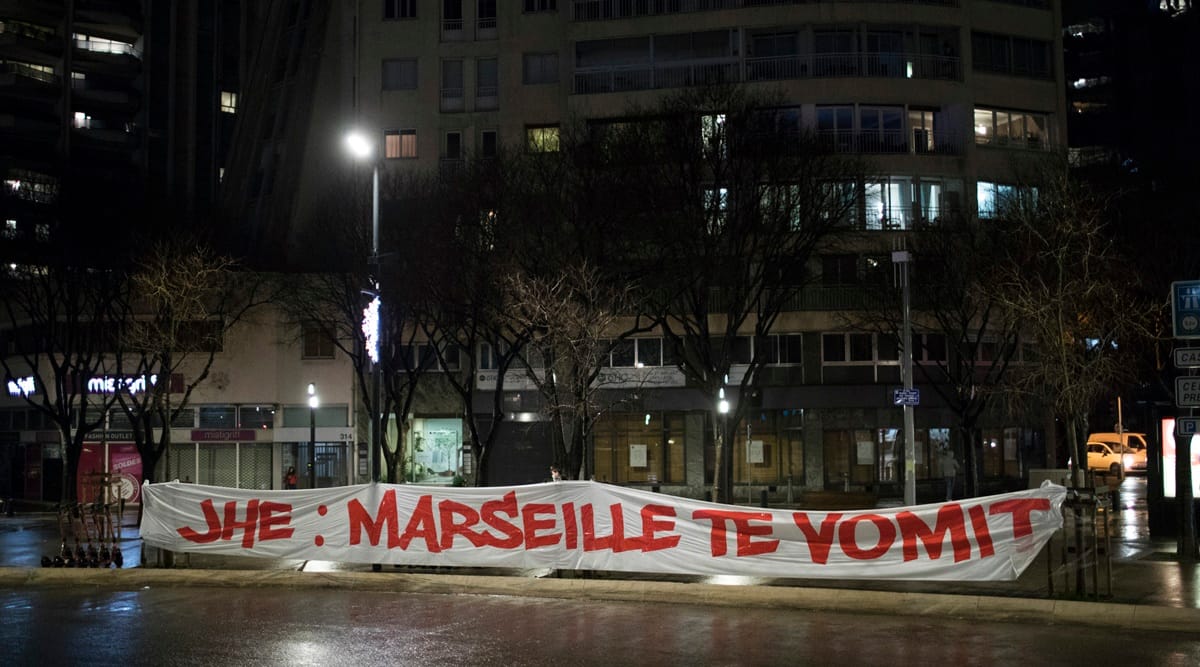 The Ligue 1 game between Olympique de Marseille and Stade Rennais at the Stade Velodrome on Saturday was postponed after Marseille fans stormed into their team’s training ground hours before kickoff in protest at club officials.

TV pictures showed supporters forcing their way in and some were seen throwing flares and lighting firecrackers.”A few hundred individuals from the ultra fan groups broke into the Commanderie’s training centre by force and with violence,” Marseille said in a statement.

“It was an unjustifiable outbreak of violence that put the lives of the persons present – staff and players – in danger,” the club added, saying the damage amounted to “several hundred thousand euros”.

“We did not expect to see such a savage horde come in here and destroy everything,” Eyraud told Canal Plus.

“I think we’ve avoided the worst. I saw the CCTV footage and I can tell you that what I saw was scary, very scary. Everybody is shocked.

“Law suits will be filed tomorrow. It is unacceptable. But life must go on, we cannot give these individuals what they want, which is chaos.

“The French League (LFP) said the game had been postponed “given the incidents that occurred this afternoon at the Olympique de Marseille training centre”.RMC Sport published footage of fans marching in the streets and carrying banners reading “(Club) directors, out”, and others directly targeting Eyraud.

French sports daily L’Equipe said riot police had been deployed to deal with the incident.Marseille are seventh in the Ligue 1 standings, 14 points adrift of leaders Olympique Lyonnais, with coach Andre Villas Boas hinting he will leave the club when his contract expires in June.

OM were knocked out in this season’s Champions League group stage.Promoted RC Lens moved up to sixth on 34 points after claiming a 2-1 win at 11th-placed Montpellier.