Zimbabwe arrived in Pakistan without their head coach Lalchand Rajput on Tuesday. They are scheduled to play three ODIs in Rawalpindi, starting October 30, before the three T20Is. 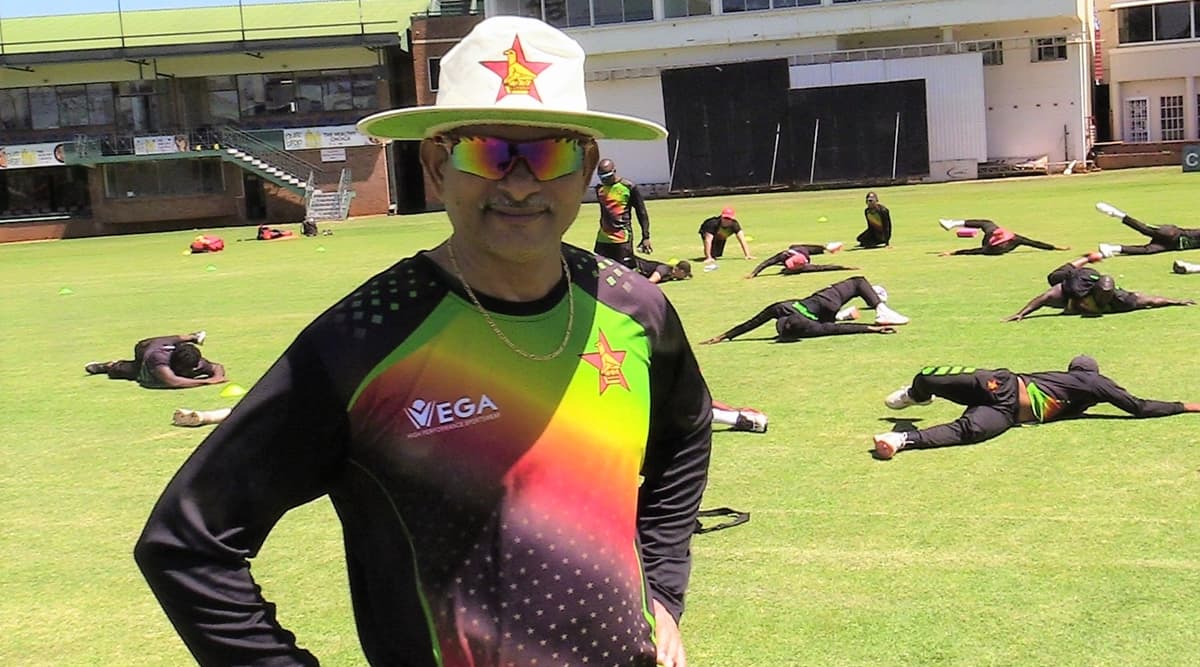 Zimbabwe cricket coach Lalchand Rajput has not travelled with the team for a tour of Pakistan after the Indian embassy in Harare requested his exemption from the limited-overs series.

A statement from Zimbabwe Cricket said that Rajput won’t be a part of the tour following the request from the Indian embassy. In Rajput’s absence, bowling coach Douglas Hondo would take charge of the team during the tour.

“@Lalchandrajput7 will miss the @TheRealPCB tour after the Embassy of India in Harare wrote to @ZimCricketv asking that he be exempted from visiting Pakistan. The Embassy of Pakistan in Harare had issued a visa to Rajput,” the ZC tweeted.

“With @Lalchandrajput7 unavailable, @ZimCricketv has appointed bowling coach Douglas Hondo to take charge of the team for the three ODIs and as many T20Is games against @TheRealPCB.”

The Zimbabwean team is scheduled to play three ODIs against Pakistan in Rawalpindi, starting October 30, before moving to Lahore for three T20Is. The visiting team arrived in Pakistan on Tuesday.

‘ESPNCricinfo’ reported that the exemption for Rajput was sought citing “travel guidelines of the (Indian) government for its citizens”.

A PCB spokesperson called it an internal matter of Zimbabwe Cricket.

“The Zimbabwe Cricket officials had got a visa for Mr Lal Chand Rajput from the Pakistan High Commission in Harare and if he has not come this is an internal matter between ZC and Mr Rajput,” he said.

However, a top source in the PCB said that the directives of the Indian government to not allow Rajput to visit Pakistan had caused some concerns in the Board. India and Pakistan have had no bilateral cricketing ties due to tense diplomatic ties between the two countries.

“The concerns are genuine because the PCB is waiting for confirmation from the ICC and BCCI by January-February that the national team would be issued visas by the Indian government for next year’s World T20 in India,” the source said.

“Makes no sense to stop him from travelling to Pakistan when he has been issued a visa. The PCB is bound to provide the best security and hospitality to the visiting contingent as per regulations,” he added.

The PCB has also invited South Africa and England to send teams to Pakistan in January-February.

A delegation of Cricket South Africa is due in Lahore next month during the Pakistan Super League matches to inspect the security arrangements for their team.

The 58-year-old Rajput was appointed as Zimbabwe’s full-time coach in August 2018, after the team’s failure to qualify for the 2019 World Cup.

The Zimbabwe players were required to undergo two COVID-19 tests — one in Harare prior to their departure on Monday, and another on Tuesday.

This will be Zimbabwe’s first tour of Pakistan since 2015.

She's Back! Cardi B Makes Her First Public Appearance as a Mom at the MTV VMAs

No decision yet on reopening EICL Kochu Veli unit in Kerala