Kevin O'Brien smashed his own car windscreen while hitting a six for Leinster Lightning in a match against North West Warriors in Dublin. 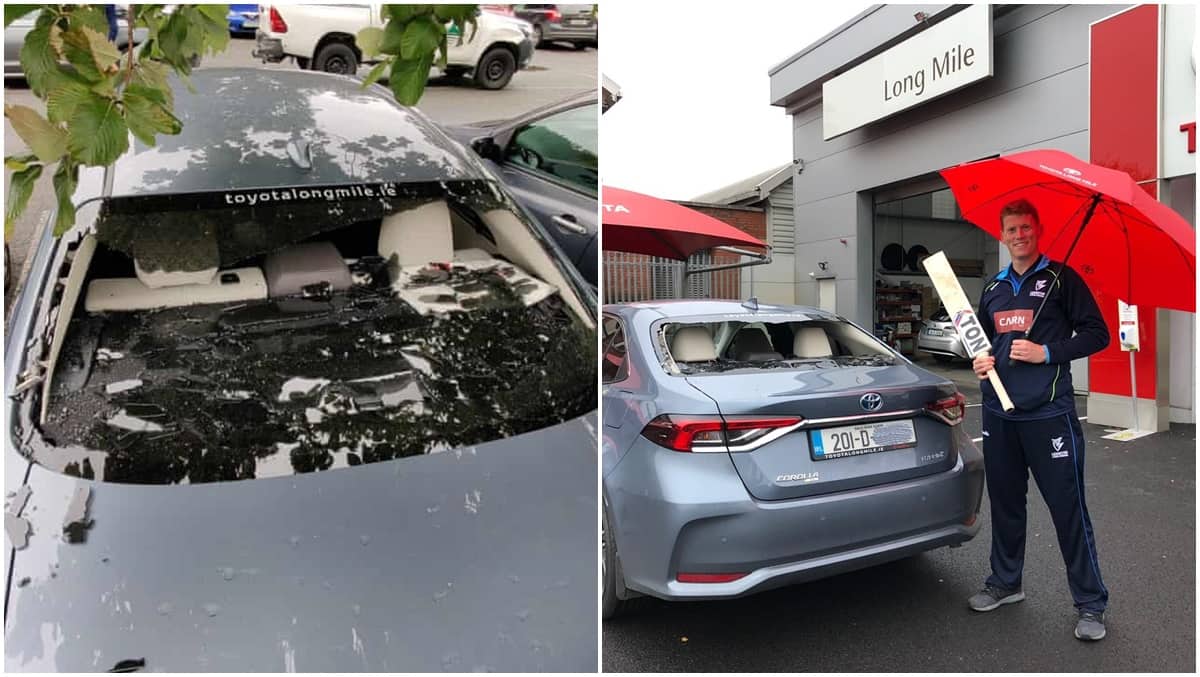 Kevin O’Brien smashed his own car windscreen while hitting a six for Leinster Lightning in a match against North West Warriors in Dublin. The match was reduced to 12 overs a side due to rain interruptions. O’Brien posted 82 from 37 balls to help his side secure a 24-run DLS win.

One of the eight trademark sixes of the Irish cricketer broke the back windodw of his own car parked outside the Pembroke Cricket Club’s ground.

Being a brand ambassador of Toyoto, it was not a task for O’Brien to get his car repaired without hassle. The big-hitting all-rounder holds the record for the fastest World Cup hundred, reaching the mark after just 50 balls against England during the 2011 tournament in India.

The visiting Warriors lost wickets early in response to Leinster;s 124 for 4 from 12 overs. William Porterfield’s half-century from 30 balls was not enough to help Warriors chase down the massive target in the damp conditions.

Braithwaite vows to not wash Barca shirt after Messi embrace

Eva Longoria is one cool boss