There had been concern about the extent of the injuries after both players had to be replaced in the second half of Belgium's 1-0 victory over Portugal on Sunday in the round of 16. 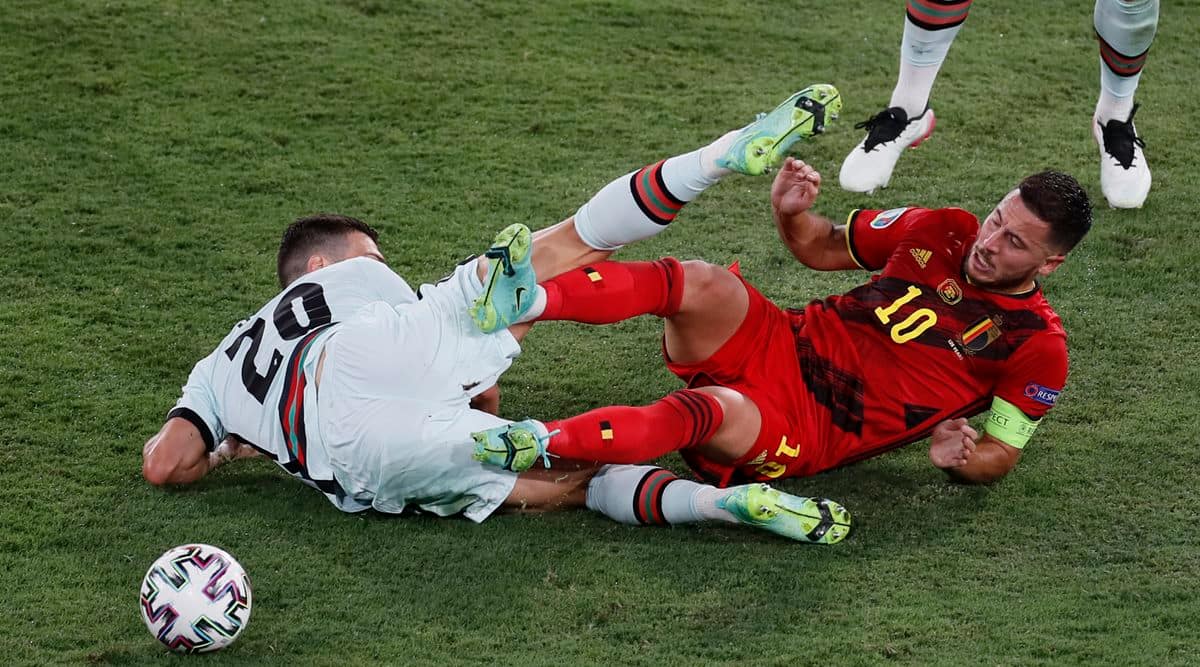 Medical tests for Kevin De Bruyne and Eden Hazard ruled out any serious injuries, and Belgium coach Roberto Martinez said there is a “50-50” chance they will play in Friday’s European Championship quarterfinal match against Italy.

There had been concern about the extent of the injuries after both players had to be replaced in the second half of Belgium’s 1-0 victory over Portugal on Sunday in the round of 16.

“I can communicate that the initial information that we have from the medical department is quite positive for both,” Martinez said on Monday.

“Eden and Kevin will remain with the squad.”

He said neither player sustained “structural damage” but cautioned there may not be enough time for them to recover in time to face Italy in Munich. He initially said it would be “very difficult to see them fully fit,” though their progress would be evaluated daily.

“We hope that over the next few days we will recover them pretty quickly,” Martinez said.

“Now, the game is on Friday, so that could be probably too close.”

De Bruyne, who turned 30 on Monday, is nursing a bruised left ankle after being tackled from behind by Portugal midfielder Joao Palhinha early in the second half at La Cartuja Stadium in Seville.

Martinez said De Bruyne is “very strong mentally” and was in a “very good mind frame.”

“Obviously we were all a bit anxious before we got the news from this morning’s scan,” Martinez said.

“Now he is relieved, he is very happy that he can be in the camp. We are all delighted that we can work with him.”

The Manchester City playmaker had to leave the Championship League final after a facial injury sustained in a collision with an opponent. He had missed Belgium’s first match at Euro 2020.

“I just hope he can be fully fit for the next game, because when Kevin De Bruyne is on the pitch, we are a stronger team,” Martinez said.

Hazard, who was marred by injuries with Real Madrid this season, was replaced late in the game against Portugal with a hamstring issue.

“After the images today we’ve seen that there was no structural damage,” Martinez said.

The coach said reserve goalkeeper Simon Mignolet will have to leave the squad because of a knee injury sustained during the warm-up before Sunday’s match. He will be replaced by Blackburn goalkeeper Thomas Kaminski.

Belgium is trying to win a major tournament for the first time. The team finished in third place at the 2018 World Cup.

Beating Australia will boost our confidence ahead of Olympic qualifiers: Gurjit Kaur

India vs New Zealand: ‘If you have not tasted defeat …’ – Ravi Shastri’s message for Virat Kohli and Co ahead of second Test

Samantha – A Zombie in Revenge of Death?