‘Imran was a very good captain, for it was not easy to lead a team like Pakistan. Because of his brilliant captaincy, Pakistan did well. I hope he does the same for his country as Prime Minister.’ 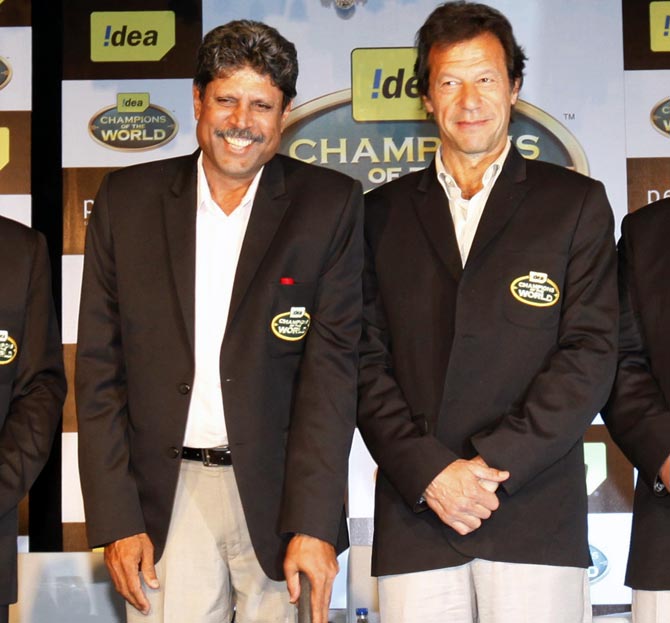 Former India captain Kapil Dev on Saturday said he is yet to get a formal invite from Pakistan’s Prime Minister-in-waiting Imran Khan to attend his swearing-in ceremony though he has been informally communicated to be present at the event.

“I have been invited, but not in writing. I got a call from his team, but I haven’t received any mail yet. I am waiting for a formal invite,” Kapil told reporters on the sidelines of a golf event, in Bengaluru.

“If I get a formal invite, I will go and attend the ceremony,” he added.

Kapil said he congratulated Imran over phone on his party emerging as the single largest party in the Pakistan National Assembly after the July 25 elections.

“I said well done young man,” said Kapil, who is considered as one of the greatest all-rounders of all time along with Imran.

He said it is wonderful to see a cricketer like Imran reaching up to the post of Prime Minister of Pakistan.

“Imran has worked very hard for 20-odd years and he selflessly worked for his country and today he got reward for that. I hope he can keep working in the same manner,” said Kapil, who had played against Imran in many matches.

Kapil is hoping that Imran would do well as the Prime Minister because he was a very good captain of his country’s cricket team.

“Imran was a very good captain, for it was not easy to lead a team like Pakistan. Because of his brilliant captaincy, Pakistan did well. I hope he does the same for his country as Prime Minister,” Kapil said.

How Phelan steered United on road back to glory

If you want to be friends, even one reason is enough: Husain Haqqani