Facing the last ball of the innings on 98*, Devon Conway, New Zealand's new T20 sensation, took a single in Monday's win against Australia. 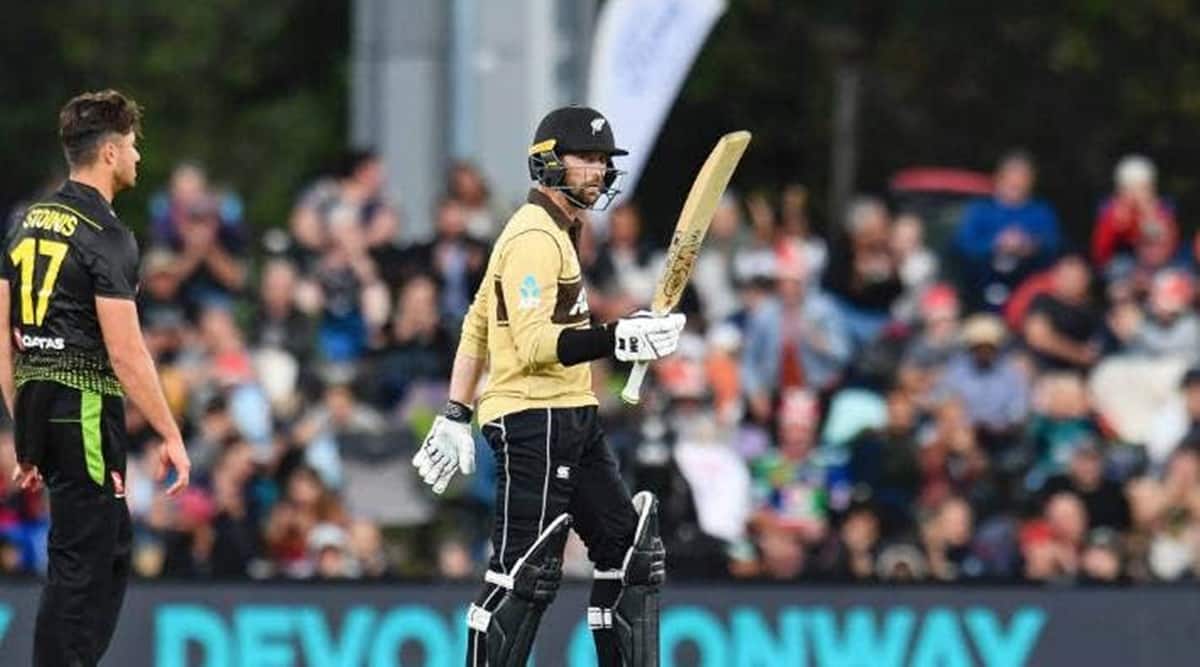 New Zealand have a new T20 sensation — Devon Conway. Conway’s 99*, his fifth consecutive 50+ score in T20s, in the five-match series opener against Australia in Christchurch on Monday, lifted the Kiwis from 19 for 3 after 4 overs to 184 for 5 in 20 overs. His 59-ball knock included 10 fours and three sixes.

Conway, 29, has scores of 99*, 93*, 91*, 69* and 50 from his last five outings, batting for New Zealand and Wellington. He has a batting average of 58 in his T20I career so far, having played six matches so far. The South African-born had moved to New Zealand in 2017 and became eligible to play for them in August last year.

In the course of his match-winning knock on Monday, Conway reached some rare landmarks:

– Conway also became the fourth cricketer to remain not out on 99 in T20Is. Luke Wright (v Afg, Colombo 2012), Dawid Malan (v SA, Cape Town 2020), Mohd Hafeez (v NZ, Hamilton 2020) were the other instances. Facing the last ball of the innings on Monday, Conway took a single with a push to deep point.

– Devon Conway and Glenn Phillips have now combined for 301 runs in their 4 T20I partnerships, with only 3 dismissals, for a partnership average of 100.33.. No other partnership in the world has 300+ runs at an average over 90.

Australia were bowled out for 131 in their reply to the hosts’ first innings score, to lose by 53 runs. Devon Conway was announced as the Player of the Match. New Zealand now lead the series 1-0.

Quarantine: An excuse for autocracy?

Gregory to stay at CFC

Master makers confirm his next with Kamal Hassan

Cables a menace despite recent drive