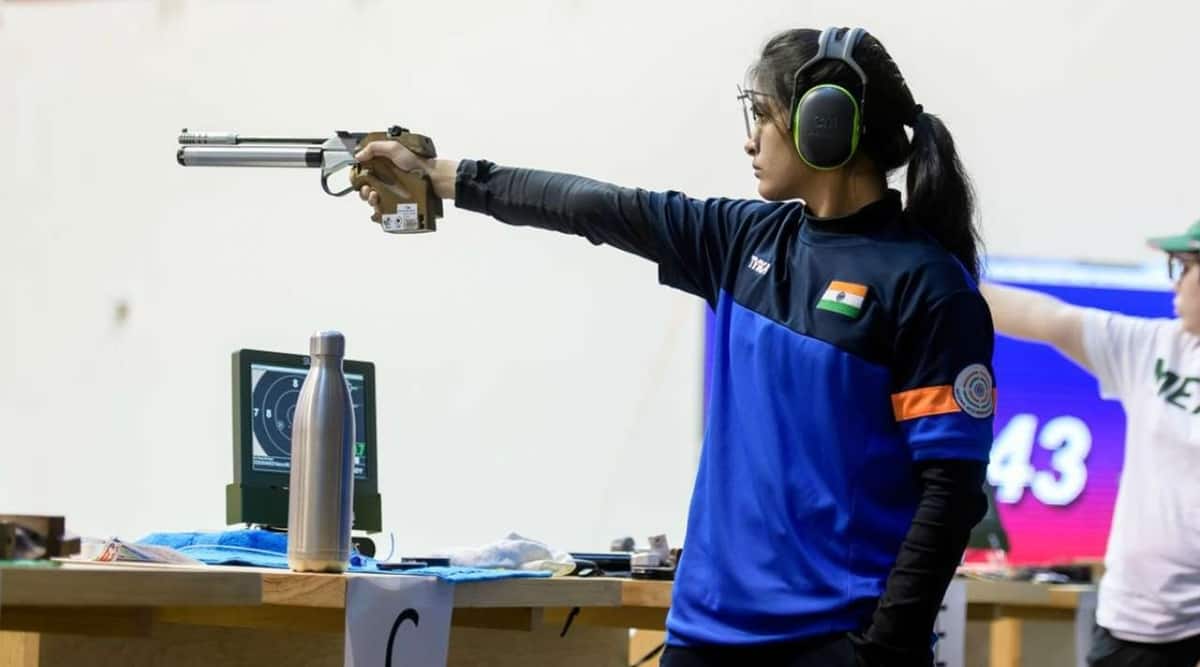 The Indian team beat USA 16-4 in the gold medal match.

This was Bhaker’s fourth gold of the competition to go with one bronze, while it was the 14-year-old Kapoor’s second gold of the championship. She had become the newly-crowned world junior champion in the individual 25m pistol event.

At the end of day eight of the championship on Wednesday, India topped the medal tally with nine gold, seven silver and three bronze. USA were second with five gold and a total of 16 medals.

The troika of Manu, Rhythm and Naamya, faced little competition throughout as they took a commanding lead of 10-4 before the beginning of the eighth series of rapid-fire shots and then closed out at 16-4.

On Tuesday, they had finished on top of round one qualification with a combined effort of 878, which was six points clear of the second placed French team.

In the men’s 25m rapid fire, India had three finalists out of six with the twins Udhayveer and Vijayveer Sidhu making it through along with Adarsh Singh.

Udhayveer was the best Indian in qualification with a score of 577 and finished fourth, while Adarsh was fifth with 574 and Vijayveer took the sixth and final qualification spot with 572.

Udhayveer and Vijayveer were the first to go out in the final. Udhayveer got nine hits in the first 20-shots to finish sixth. Vijayveer finished fifth, going out in the next series with 13 hits out of 25.

Adarsh, however, started the final on a strong note with a perfect 10 out of 10 in the first two series. However, USA’s Henry Turner Leverett turned out to be the most accurate in this match and finished with 32 hits out of 40 to win gold, while Adarsh finished with 28 to win silver.

In the 50m rifle prone mixed team event, India finished outside the medal bracket. The pair of Sift Kaur Samra and Surya Pratap Singh made it to the second qualification round, eventually finishing sixth with a combined score of 409.5.

Ashi Chouksey and Sanskar Havelia finished ninth out 11 pairs in round one of qualification with a combined score of 604.0. The first eight pairs made it to round two.

Ambition can be a big burden on your creativity: Anjali Patil