India’s Ishan Kishan made history by becoming the seventh batsman in one-day international cricket to hit a double century and the fastest to achieve the feat during his country’s third ODI match against Bangladesh.

The left-hander, who reached the double century in 126 balls after hitting nine sixes and 24 fours, joins Rohit Sharma, Virender Sehwag and Sachin Tendulkar as the only other Indians to have scored 200 runs or more in an ODI innings. 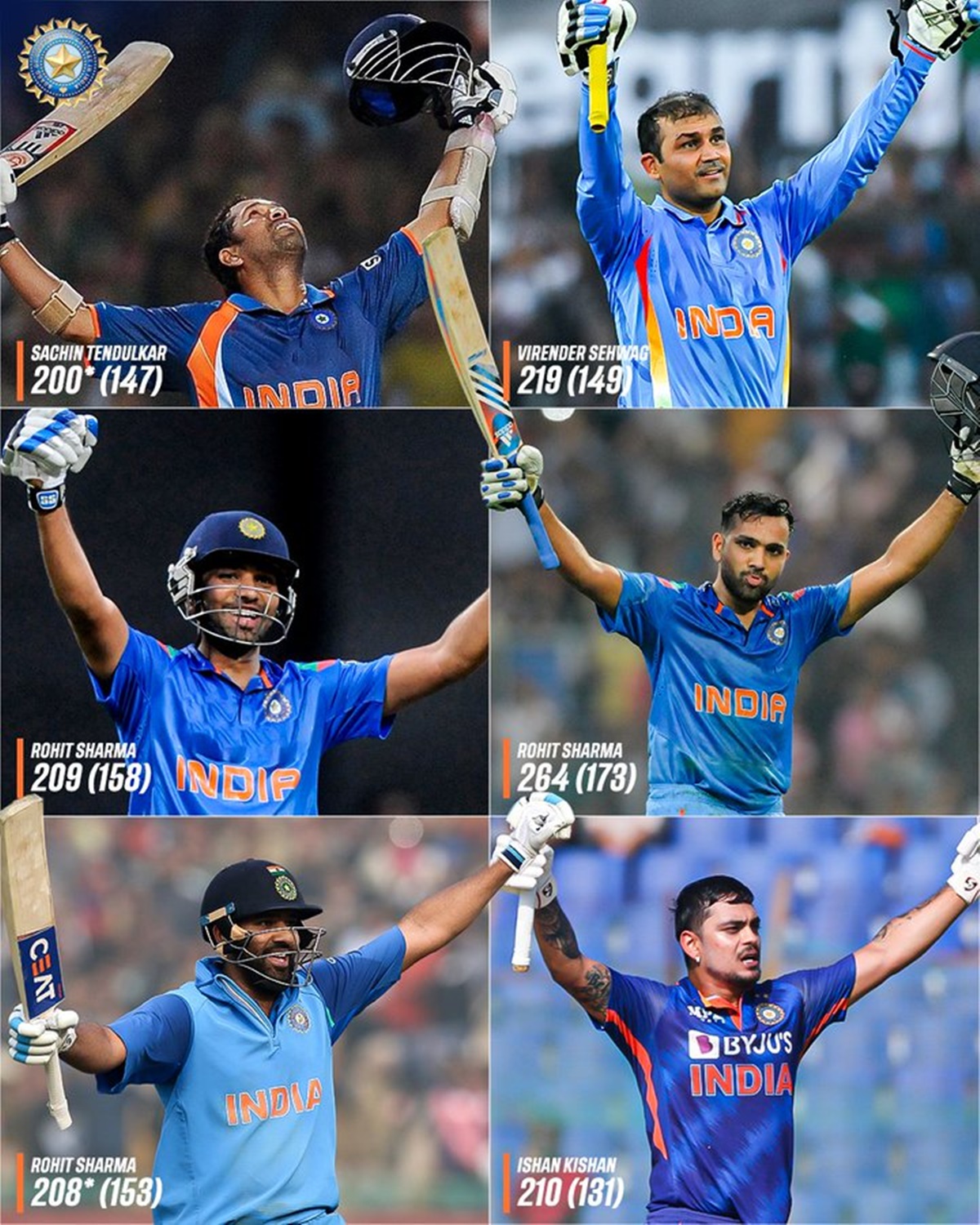 By the time Taskin Ahmed was able to get him out, Kishan had notched up 210 runs – joining Pakistan’s Fakhar Zaman on the fifth-highest score in men’s ODI cricket, 54 runs behind Rohit’s record of 264.

Bangladesh beat India by five runs in their second one-day international in Mirpur earlier this week, sealing a 2-0 series victory with one game left to play.

The two teams will also play two Tests this month.