Buttler, who made massive strides as a white ball player after a few seasons of IPL, said the league is like the fantasy cricket he aspired to play as kid, with the top stars of the game rubbing shoulders together. 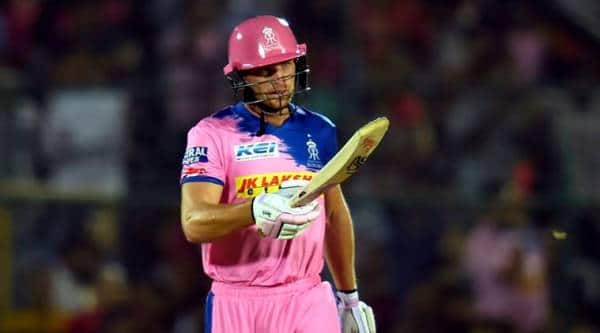 The Indian Premier League (IPL) has helped English cricket grow, feels batsman Jos Buttler, admitting that the cash-rich T20 tournament is the best in the world after the ICC World Cups.

Butler said he was desperate to be a part of this year’s IPL, which now has been indefinitely suspended owing to the COVID-19 pandemic.

The World Cup-winning England wicketkeeper batsman, has been a part of two franchises in the IPL. After playing for Mumbai Indians in the 2016-17 season, Buttler moved to Rajasthan Royals in 2018.

“There’s no doubt that it (IPL) has helped English cricket grow and the numbers of players who were involved in the last few years,” Buttler said in the BBC Podcast ‘The Doosra’.

“It was something I was desperate to play. For me it’s the best tournament in the world, taking out the World Cups,” he added.

Buttler, who made massive strides as a white ball player after a few seasons of IPL, said the league is like the fantasy cricket he aspired to play as kid, with the top stars of the game rubbing shoulders together.

“Some of the match ups you get to see in the IPL are great. Bangalore has been amongst the top three teams with (Virat)) Kohli, AB (de Villiers) and (Chris) Gayle coming up and then to see them up against a (Jasprit) Bumrah or a Dale Steyn or (Lasith) Malinga.

“As a kid growing up that is what you want to play — fantasy cricket. Mix all the teams together what it will be like if Kohli and de Villiers play together,” he added.

Buttler credited former skipper Kevin Pietersen, who advocated for the creation of a separate window for the IPL, paving the way for English players to be a part of the cash-rich tournament.

“English cricket has got quite an interesting history with the IPL. The documentary about Kevin Pietersen and how he wanted to get involved and the road blocks he faced,” he said.

“He really paved the way for a lot of us to go and now play in the IPL with more blessing from nglish cricket. He is a pioneer in building the steps in place to realise just how important the IPL is for developing cricketers,” Buttler added.

The 13th IPL, which was scheduled to start in March end, was indefinitely suspended due to the COVID-19 pandemic, which has also put in doubt this year’s T20 World Cup in Australia.

There is speculation that IPL might be conducted in October-November if the T20 World Cup in Australia is postponed.

US Visit : Chandrababu To Meet CEOs of American Companies

Explained: What is the Essential Commodities Act, and how will amending it help?

Prabhas next movie to have unique concept
Last News

Explained: What is the Essential Commodities Act, and how will amending it help?

RIP Basu Chatterjee: Master storyteller who made the common man his hero
We and our partners use cookies on this site to improve our service, perform analytics, personalize advertising, measure advertising performance, and remember website preferences.Ok