David Warner took two steps backward after taking a catch in the closing stages of a thrilling league match in IPL 2015. His feet touched the boundary ropes, gifting a six to Virat Kohli and a 6-wicket win to RCB. 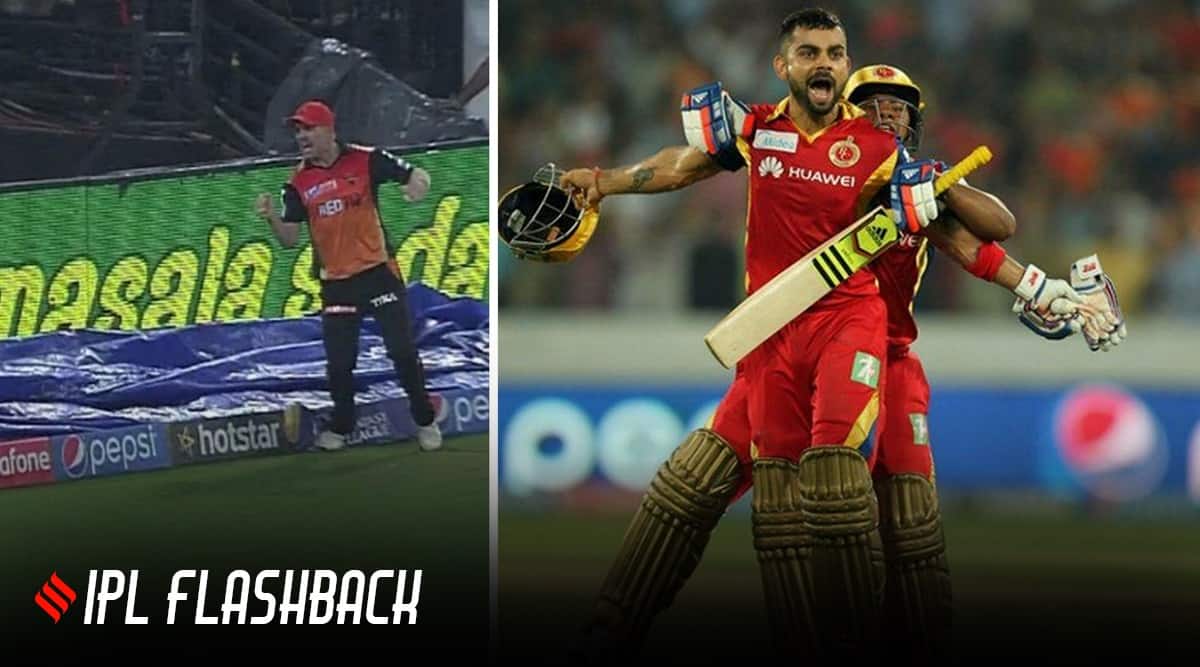 In IPL 2015, David Warner, then the captain of the Sunrisers Hyderabad (SRH) side, had replicated a scene from the silver screen to lose his side a close match. With the defeat knocking them out of the season, Warner’s costly error had been labelled his ‘Captain Russell moment’.

Like the fictional character in Lagaan had stepped on to the ropes after collecting a catch off the last ball of the match, Warner appeared to take a catch at long on to dismiss Royal Challengers Bangalore (RCB) captain Virat Kohli off the penultimate ball of a thrilling league match, but then inexplicably took a few steps backward. His feet touched the boundary ropes, gifting a six to Kohli and a 6-wicket victory to the Bangalore outfit.

Warner, whose two steps backward cost his team the game, said after the match, “It was a poor bit of fielding. I thought I had got the catch, but didn’t look behind me.”

RCB’s Chris Gayle compounded the tour-de-force nature of the finish by running onto the pitch and going through a series of rapid push-ups on the pitch to celebrate. In explanation, he said, “I was very pumped, very very pumped. I did 55 push-ups.”

Earlier, RCB had been given a target of 81 to be chased down in 6 overs, in a game truncated by persistent rainfall. Chris Gayle got the visiting side to a tremendous start, racing to 35 runs off 9 balls before holing out in the deep. AB de Villiers departed in the same over, plunging the chasing side into a bit of a crisis, but Kohli stepped up to play a true captain’s innings, taking his team over the line with one ball to spare.

I’m only at 5% of my peak now: Aditya Mehta on life after neck injury

You can overeat, lose motivation, be on social media to run away from isolation: Paddy Upton