IPL 2021, SRH vs PBKS Live Score Online Updates: Bottom-placed Sunrisers Hyderabad (SRH) will look to play party-poopers when they take on an equally struggling Punjab Kings (PBKS) in the second IPL 2021 match in Sharjah on Saturday.

The Kane Williamson-led side suffered their seventh defeat after being blown away by Delhi Capitals on Wednesday and their play-off chances look less than dim as they have managed just two points after eight games. Punjab, on the other hand, quite inexplicably found a way to snatch defeat from the jaws of victory against Rajasthan Royals on Tuesday and will be desperate to find an answer to their problems after being placed seventh with six points from nine matches.

Bhuvneshwar to bowl the second over. Bowling at pretty good length. Rahul hits a 4 in the 3rd ball. Tick outside edge. PBKS 7/0 after 1.3 ovs

KL Rahul and Mayank Agarwal in for PBKS. They need a very good start. Sandeep Sharma to start the attack for SRH.

A closer look at tonight’s lineups

Allen, Porel, and Rashid out for Kings, with Bishnoi, Gayle and Ellis in. Can the Universe boss and Ellis help turn this around for PBKS?

“There are chances of dew coming in later on and it’s a small ground. We will try to restrict them to a low score. it’s about staying tight together and making small adjustments.’ No changes for SRH in this match.

The coin goes up and Sunrisers Hyderabad win the toss and they will field first.

Nathan Ellis is making his debut for the PBKS. Who is out, Fabien Allen or Adil Rashid? Let’s wait and watch.

Today the teams will be playing on the adjacent surface. There are some spikes on the surface. The pitch is likely to be better than yesterday, but not too dissimilar.

If SRH are defeated in this game, they will be only the second side to have lost eight of their first nine matches in an IPL season after KKR in 2009.

Sunrisers have faced Punjab Kings a total of 17 times with the Hyderabad side coming out on top on 12 occasions to Punjab’s 5.

It’s the battle of the tailenders or the so-called backbenchers in tonight’s match of the Indian Premier League between the Sunrisers Hyderabad and the Punjab Superkings. Both sides are languishing at the bottom of the IPL table with the Kane Williamson-led SRH side suffering their seventh defeat after being blown away by Delhi Capitals on Wednesday while Punjab lost their wits against Rajasthan Royals on Tuesday, in a match that looked impossible to lose. 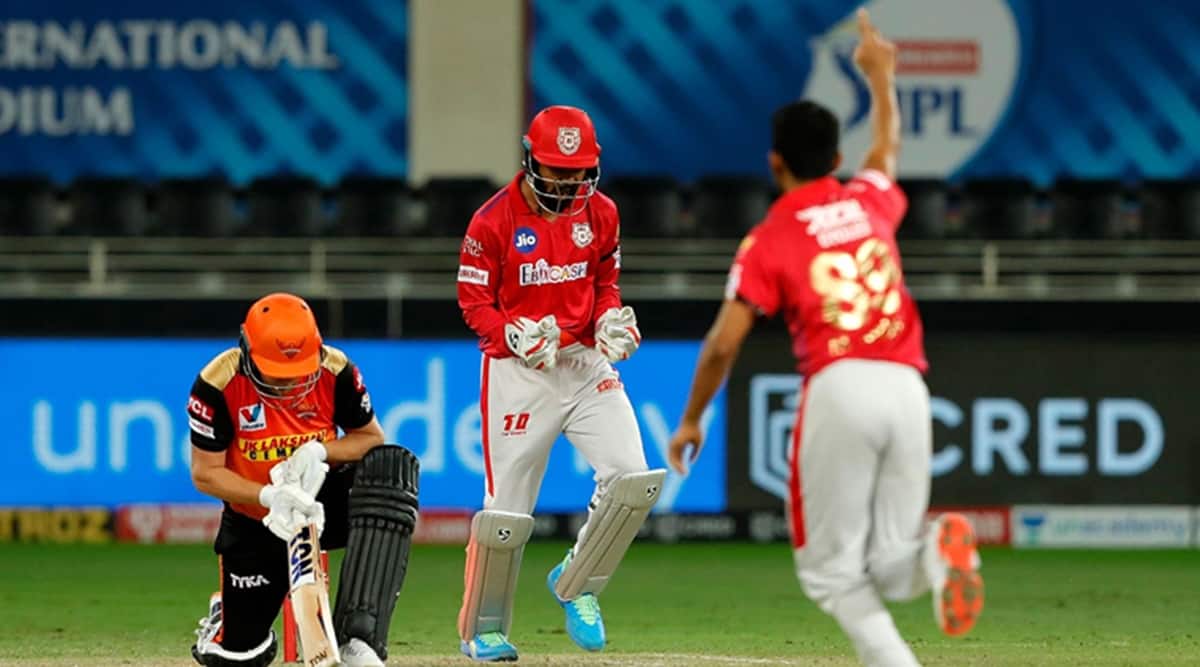 The Kings were well-placed to win their first IPL game of the UAE leg before committing harakari in the last over bowled by Kartik Tyagi. They lost two wickets and scored just one run while needing four to win against Rajasthan. Despite being packed with excellent Indian and foreign talent, Punjab Kings have regularly messed up games and skipper KL Rahul will have to address their inconsistency. Punjab Kings have also lacked any kind of stability over the last 14 seasons with captains and coaches being changed frequently.  For Sunrisers, it is all about enjoying the remaining few games and ending on a high.

IPL 2020: ‘Luckily we got him traded from Delhi’ – Mumbai Indians captain Rohit Sharma on ‘best bowler with new ball’

Efftronics appraised at Level 3 of CMMI