IPL 2021, RCB vs CSK Live Score Online Updates: Chennai Super Kings are aiming to return to the top while Royal Challengers Bangalore will be looking to bounce back from their last defeat. 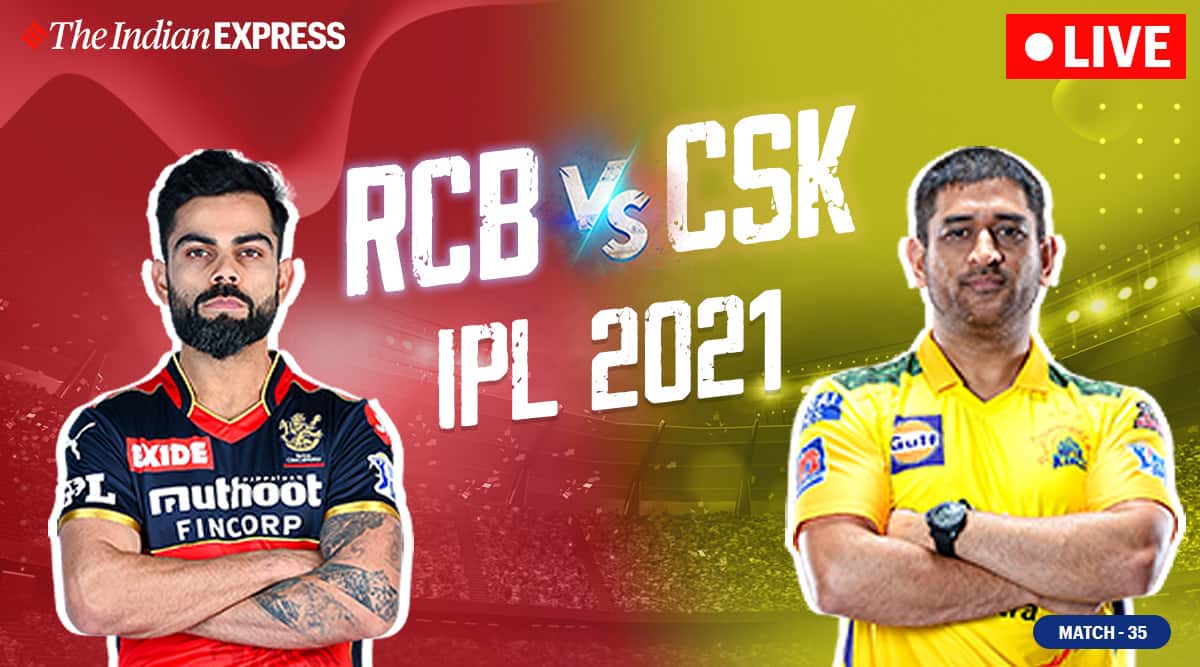 IPL 2021, RCB vs CSK Live Score Online Updates: Royal Challengers Bangalore (RCB) will aim to bounce back from their humbling defeat in their last outing against Chennai Super Kings (CSK) at the Sharjah Cricket Stadium, Sharjah on Friday.

The Virat Kohli-led side, who started off their campaign with a nine-wicket loss to Kolkata Knight Riders, will be looking to arrest their slide and climb up from third position on the points table. On the other hand, MS Dhoni’s “Yellow Army” will be aiming to return to the top of the table with a win. CSK will be hoping to emulate their last performance against RCB when they won comfortably by 69 runs earlier this year. Overall, CSK enjoy a healthy 17-9 lead over RCB in the head-to-head record.

In other news, we learnt earlier in the day that Sunrisers Hyderabad (SRH) have brought in medium-pacer Umran Malik as a short-term Covid-19 replacement for T Natarajan for their campaign.

It was Chennai’s match the last time these two sides met. Can the RCB turn things around or are we in for more of the same?

There are a few problems for RCB at the outset of the match — they suffered a batting implosion in their last match, they have a track record of losing momentum fast and the added pressure on skipper Virat Kohli. The big decision for RCB would be surrounding Glenn Maxwell. Acquired for 14.25 INR at the auctions before this season, has the Australian justified his price tag?

The problem for CSK is the problem of plenty. Sam Curran was unavailable for selection in the last match because he was still serving his quarantine period. His availability means that the lower order is likely to be shuffled around. Josh Hazlewood could be the bowler dropped from the XI to accommodate Curran, even though CSK might think twice about sacrificing Hazlewood’s pace.

Both these sides 26 times with CSK coming out on top in 17 occasions to RCB’s 9. CSK have also won 9 of the last 11 encounters between the teams.

Tonight’s game is between Virat Kohli’s Royal Challengers Bangalore and MS Dhoni’s Chennai Superkings at the Sharjah Cricket Stadium. CSK will look to build on their victory against the Mumbai Indians while RCB will want to forget all about their dismal performace against the Kolkata Knight Riders.

Holders Arsenal knocked out of FA cup at Southampton

Agri-reforms will empower farmers. The Opposition is wrong | Opinion