After suffering two back-to-back defeats, RCB bounced back in style, registering a hat-trick of wins to seal their place in the IPL 2021 play-offs. 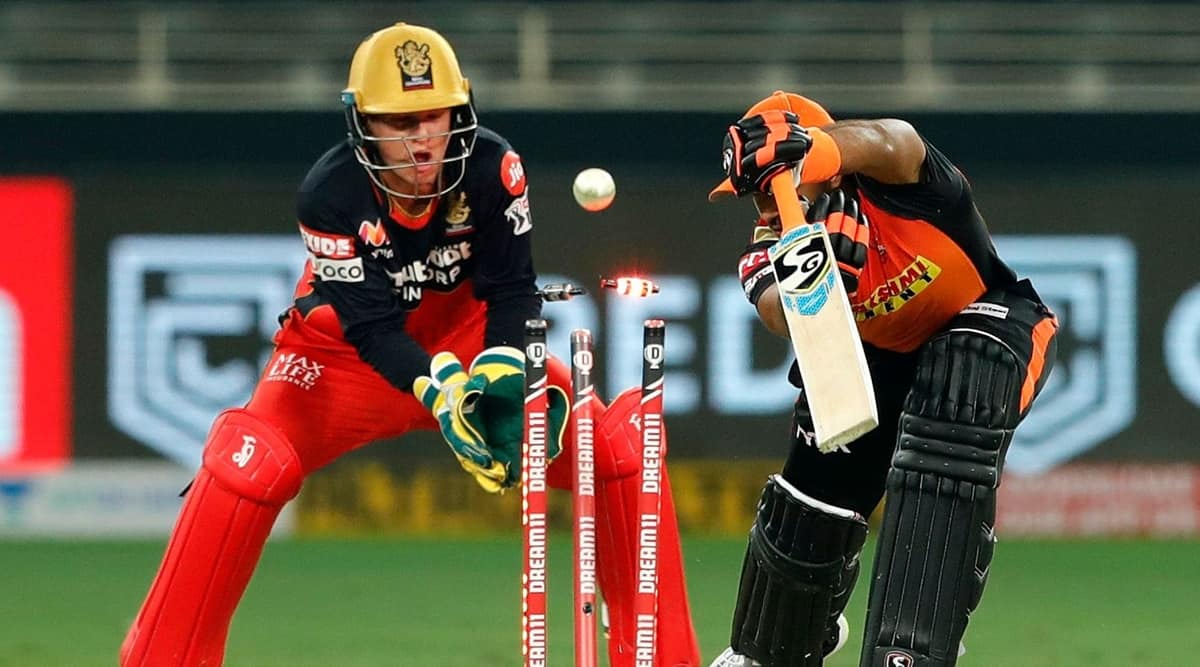 Assured of a play-off berth, Royal Challengers Bangalore would look to inch closer to a top two finish in the league stage when they play Sunrisers Hyderabad in the IPL here on Wednesday.

Eyeing their first IPL title triumph, RCB are currently placed third in the pecking order with 16 points from 12 games. Delhi Capitals are leading the standings ahead of Chennai Super Kings.

A win on Wednesday will definitely boost RCB’s confidence ahead of their final group game against DC on Friday.

If RCB win both their remaining two games, they will move to 20 points and have a chance of finishing in the top two.

After suffering two defeats — against Kolkata Knight Riders and CSK at the start of the second leg, RCB bounced back in style, registering a hat-trick of wins to seal their place in the play-offs.

And the Virat Kohli-led side would look to keep the juggernaut rolling in the competition.

Even though he is yet to make a big score post the tournament’s resumption, Virat Kohli looked good during his stays in the middle and so did the skipper’s young opening partner Devdutt Padikkal, who scored a 40 in their last match.

But star all-rounder Glenn Maxwell has been phenomenal for RCB in the second phase, scoring his third straight half-century in the last game.

Maxwell hit a 33-ball 57 to guide RCB to 164 for 7, a target which they defended confortably in the end.

Batting down the order this season, AB de Villiers hardly got time to sparkle but the move provides RCB the kind of cushion that other teams lack.

RCB’s bowling unit too responded brilliantly to the team’s call in the last three games with the likes of Mohammed Siraj, George Garton and Harshal Patel doing the job in the pace department.

The spin unit is being spearheaded by Yuzvendra Chahal, who has overcome his past struggles with some very impressive spells this season.

SRH, on the other hand, had a poor outing this season and are already out of the competition, languising at the bottom of the eight-team standings with just two wins out of 12 games.

SRH have registered just one win — over Rajasthan Royals — out of five game so far in the second leg.

They would be looking to finish their campaign on a positive note by registering twos consecutive wins.

SRH had dropped their 2016 IPL-winning skipper David Warner after axing him from captaincy but that didn’t change the fate of the team as Williamson has not been able to revive the fortunes of the side.

Batting continues to be SRH’s weakest link, especially in the absence of Jonny Bairstow.

In the bowling department, Jason Holder has time and again given them the breakthroughs, but senior India pacer Bhuvneshwar Kumar and Siddarth Kaul have disappointed.

Young Kashmiri cricketer Umran Malik impressed with his pace on his IPL debut in their last game against KKR but needs more game time to polish his skills.

Leg-spinner Rashid Khan remains SRH’s biggest weapon against any opposition, but he hasn’t had nough runs to play with most times.

India will be most populous country by 2027: UN