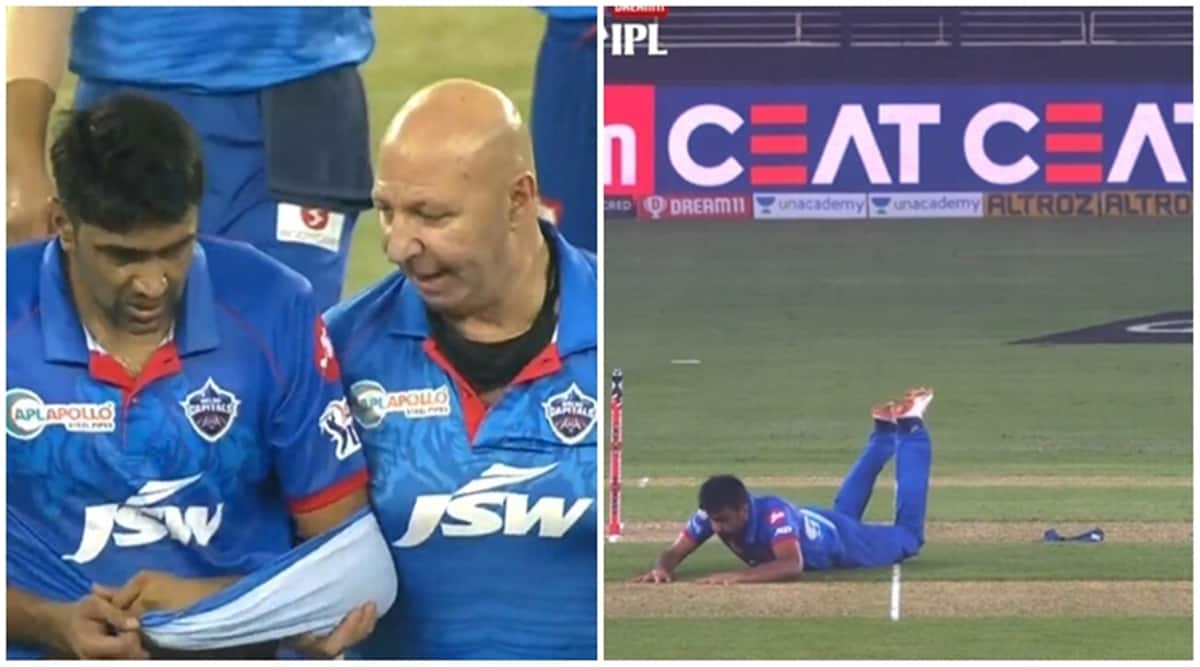 Ravichandran Ashwin picked up two wickets in his first over but suffered a nasty injury on the last ball of the same over during the clash between Kings XI Punjab (KXIP) and Delhi Capitals (DC) in IPL 2020 on Sunday. Ashwin reportedly suffered ‘a suspected shoulder dislocation’, commentators said on air after he was helped off the field by physio Patrick Farhard.

Ashwin was trying to stop the ball off his own bowling but landed badly on his right hand. By the looks of it, this might lead to him missing a couple of games for Delhi Capitals. Ajinkya Rahane came on his replacement.

Earlier, Marcus Stoinis smashed his way to 53 off 21 balls as Delhi Capitals made a remarkable recovery in the final three overs to reach 157/8 against Kings XI Punjab.

Stoinis hit seven fours and three sixes as 57 came off final three overs after Shreyas Iyer (39 off 32 balls) and Rishabh Pant (31 off 29 balls) staged a repair act during the middle overs with a 73-run third wicket stand.

Mohammed Shami with figures of 3 for 15 in four overs was pick of the KXIP bowlers while IPL debutant Ravi Bishnoi took 1 for 22.

India vs Bangladesh: ‘Go and see yourself’ – Sourav Ganguly happy with pitch and preparations for day-night Test

11 of the most terrific temper tantrums in soap, from sledgehammer terror in Corrie to bubbly meltdown in EastEnders

Farmers complain of crop loss due to animal attacks

Now, Humayun’s Tomb dome to be lit up all year long