IPL 2020 first week round-up: Almost all of the seven single header contests (Sat-Fri) played in the Arab country have witnessed an optimum level of thrill and have lived up to the marquee event's hype. 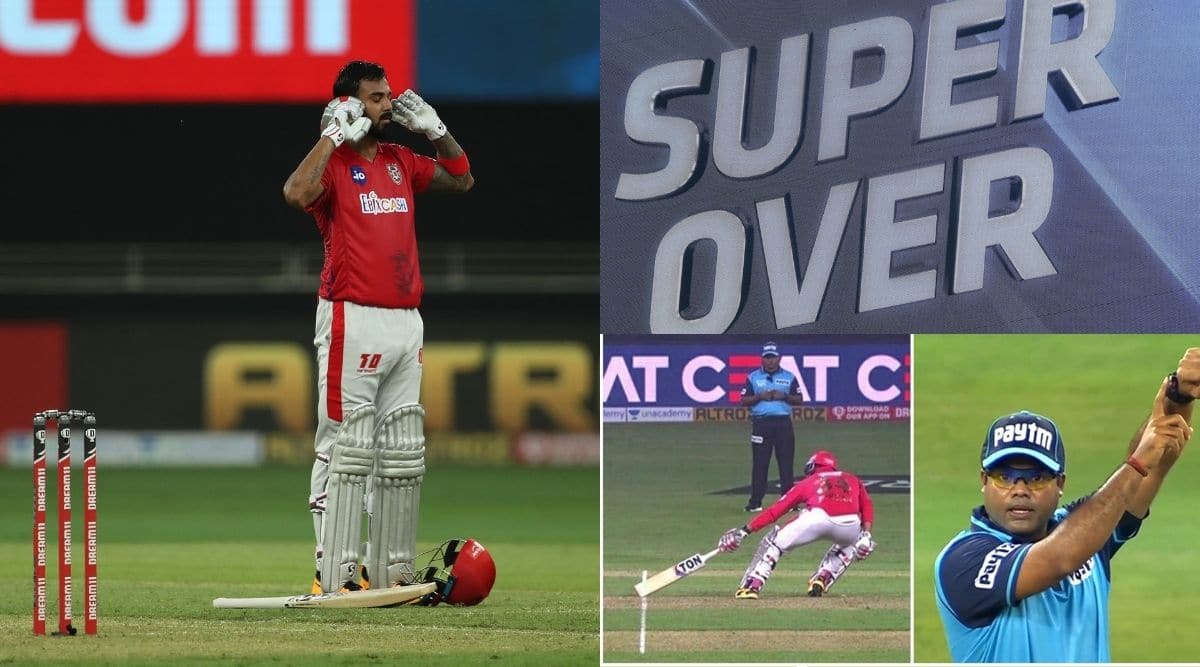 The most awaited cricketing action of the Indian Premier League (IPL 2020) has completed the first week of its live-action from UAE. Almost all of the seven single header contests (Sat-Fri) played in the Arab country have witnessed an optimum level of thrill and have lived up to the marquee event’s hype. From a super-over in the second match to umpiring howlers and a record-breaking hundred, here are the top five highlights from the first week.

The IPL 2020 reached the optimum level of intensity and thrill only in the second match of the season when the cricket fans saw Delhi and Punjab going into a super-over. Put to bat first, Delhi’s Marcus Stoinis smashed 53 runs off 21 balls and lifted Delhi’s total to 157-8 with Chris Jordan conceding 30 runs off the 20th over. Defending a total of 157/8, Delhi bowlers -Mohd Shami, Sheldon Cottrell and Ravi Bishnoi -did not let the KXIP batsmen go past 157 and the match was tied.

In the super over, Kagiso Rabada took the responsibility and went for two runs off his first ball and came back roaring with Rahul and Nicholas Pooran’s wickets in next two balls. The job was done in three balls. The game was over in the third ball of the over as Delhi won with three balls to spare.

The IPL 2020 has also witnessed a six-fest in all three venues for the tournament in the first week only. Interestingly, the first two matches saw 29 sixes and the third match between CSK and Rajasthan Royals saw 33 shots going over the rope, and some even reached out of the park. A total of 87 sixes have been smashed in the first week of the tournament and the man who has managed to his maximum number of sixes so far is- Royals’ Sanju Samson. The wicketkeeper-batsman hit 9 maximums in his 32-ball 74 against CSK. KL Rahul (8), Faf du Plessis (7) and Rohit Sharma (6) are also in the list of top five six-hitters so far.

The umpiring standards have always been the point of discussion in IPL since its inception. With a couple of glaring howlers from the umpires this week, the debate has again ignited. During the second match (DCvKXIP), the ICC elite panel umpire Nitin Menon had called a run short when Chris Jordan took a couple of runs off Rabada in the 19th over. It clearly cost Punjab the match as it went to super over and Delhi managed to win it.

While in CSK vs RR match on September 22, a very interesting incident transpired in the 18th over when Tom Curran was adjudged out by the umpire when it looked it missed his bat. Since RR had no review left, Curran started leaving the crease. Meanwhile, the two umpires got together to check whether the catch from Dhoni was clean. The replays clearly showed that the ball touched Curran’s thigh pad and there was clear daylight between the bat and ball.

Not only that, Dhoni too was wrong on his part as the ball clearly bounced and the decision was overturned.

In another interesting match between Punjab vs Bangalore on Thursday, the 6th match of IPL 2020, an unbeaten 132-run knock was hit by none other than Punjab’s skipper KL Rahul. Rahul’s breathtaking knock comprised 14 dazzling fours and seven huge sixes. It’s the first hundred of the season and with a slew of records, KXIP hammered the RCB with a record 97 runs. Enroute to his hundred, KL also became the fastest Indian to complete 2000 runs in the IPL and it’s now the highest individual score by an Indian in IPL history.

With MS Dhoni’s CSK losing two of the three contests batting second and also in other four matches, the batting-first team emerged as winners. The dew factor has appeared as a major element of the play in UAE so barring the first and second match (CSK vs MI and DC vs KXIP), rest of all four matches have been won by the batting first teams. The clear trend has led many to criticise the CSK skipper for opting to field first in UAE conditions.

Here are the current team standings and other details after one week of IPL 2020 :