T20 cricket's most destructive batsman Andre Russell is all set to entertain the fans with his brute masculinity as he did in the previous edition. 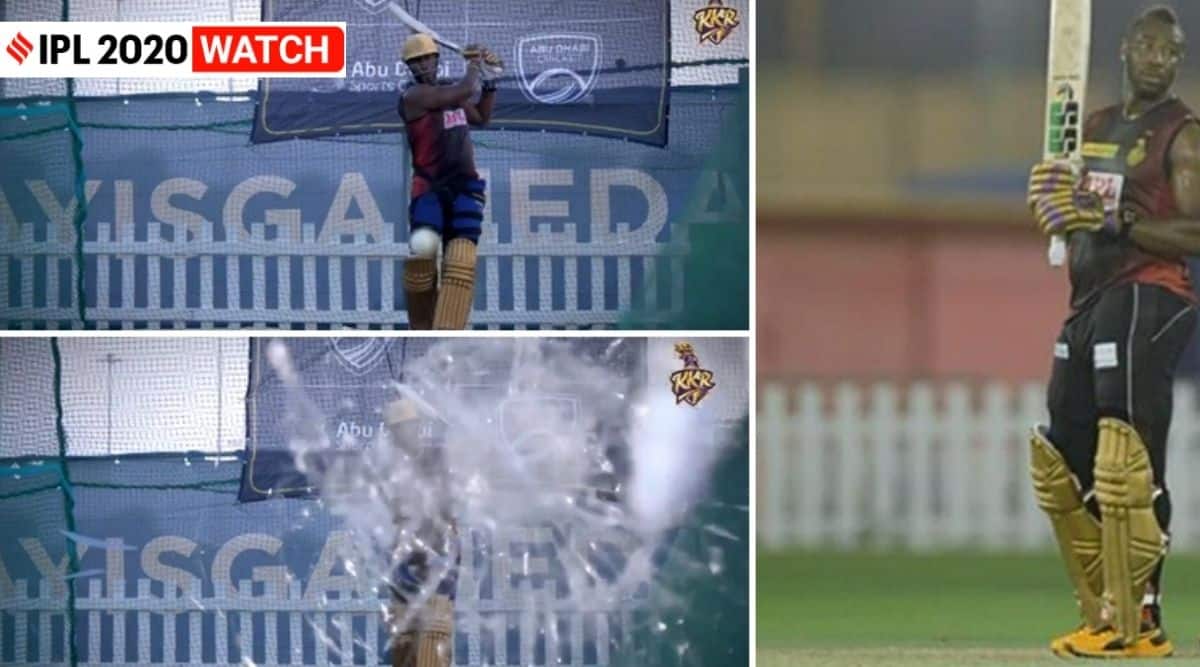 Kolkata Knight Riders are yet to play their first match in the Indian Premier League held in UAE but the buzz around Russell storm has already taken over the internet. T20 cricket’s most destructive batsman Andre Russell is all set to entertain the fans as he did in the previous edition.

This was quite visible in the KKR’s nets session ahead of their clash against defending champions Mumbai Indians, who should be wary about the Russell factor. In a video shared by KKR, the Windies all-rounder can be seen practicing the big shots and in the last bit he shatters the camera glass with a powerful drive.

Russell and Sunil Narine joined the KKR camp recently after finishing the Caribbean Premier League duties. Russell amassed over 200 runs in the tournament, which included two fifties something that KKR might rejoice about.

Russell enjoyed a splendid outing in the previous edition, where he scored 510 runs at a strike rate of 204.81. He also bagged 11 wickets to go with his runs that he scored for Kolkata.

While Russell was unhappy about not being sent to bat higher in the previous edition, KKR management have indicated that this time we might get to see him come at the number 3 position.

Meanwhile, Mumbai Indians would look to bag their first points of the season after failing to prove their mettle against MS Dhoni-led Chennai Super Kings in the season opener.

On home turf, Ross Taylor says Kiwis will be a handful for India

‘We are mentally prepared for pay cuts’: Pakistan’s Azhar Ali