He also thanked Abe for his leadership in bringing the Olympic Games back to Japan after the Tokyo 1964 Games. His engagement was crucial, IOC President Thomas Bach said. 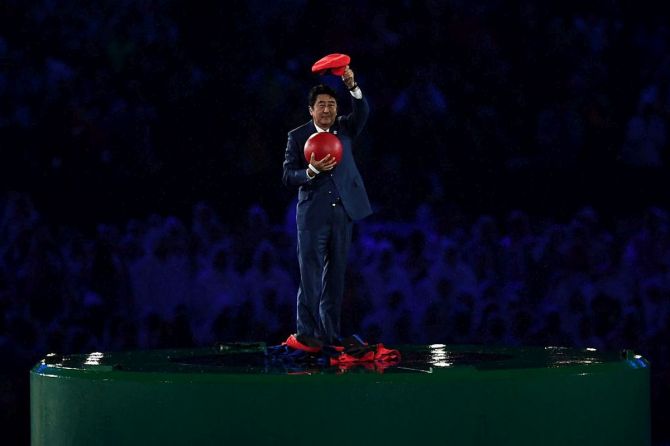 Olympic officials thanked outgoing Japanese premier Shinzo Abe on Friday for his commitment to bringing the Games to Tokyo and said they would work closely with his successor as Japan bids to overcome the coronavirus pandemic to hold the event next year.

Abe, 65, announced his resignation due to poor health on Friday three weeks after the what should have been his crowning glory — the closing ceremony of the 2020 Tokyo Olympics.

The Games have been postponed for a year and whoever succeeds Abe is expected to maintain the government’s commitment to hosting in 2021, albeit with possibly a slimmed-down version.

The new leader will be at the forefront of discussions with the IOC in regard to dealing with the logistical challenge of putting on the event featuring a monumental influx of athletes, officials and fans if worldwide travel restrictions are still in place.

The government had already tied hosting the games with finding a COVID-19 vaccine, with Chief Cabinet Secretary Yoshihide Suga telling Reuters this week: “Japan will do whatever it takes to host the Olympic Games next year.”

Abe threw everything he had behind the Games right back to the bidding process and developed a strong relationship with IOC President Thomas Bach.

“First of all, I would like to wish Prime Minister Abe all the very best in his fight against this disease with all the strength we know him to have,” Bach said in a statement.

He also thanked Abe for his leadership in bringing the Olympic Games back to Japan after the Tokyo 1964 Games. His engagement was crucial, he said.

“Throughout these years, Prime Minister Abe was a strong partner who always stood up for the interests of Japan, and who at the same time could always be trusted.”

“In this way, we were able to find solutions, even in the most difficult circumstances of the COVID-19 pandemic, which allow his vision for Japan to still come true, even if with one year’s delay.”

Andrew Parsons, president of the International Paralympic Committee (IPC) also wished Abe all the best for his recovery.

“Few will forget his involvement at the Rio 2016 Olympic Closing Ceremony when he appeared dressed as Super Mario,” he said.

“What has impressed me the most during his tenure is his desire to use the Tokyo 2020 Paralympic Games as a catalyst to drive social inclusion in Japan.”

Parsons paid tribute to Abe’s commitment to the Paralympic Movement, saying that thanks to him “millions of persons with disabilities can pursue their dreams as active members of Japanese society, fully harnessing their potential and capabilities”.

“There can be no better legacy than transforming the lives of millions of people for the better.”