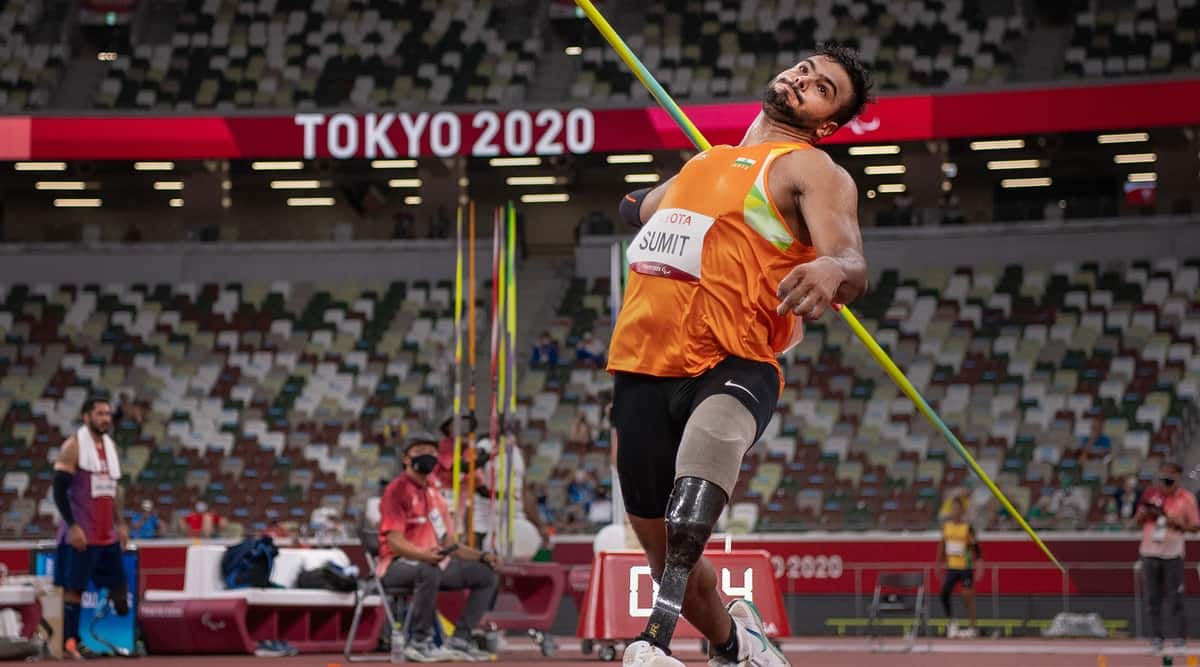 Hunter knows that when she introduces the term, she can count on her students at the University of Texas at Arlington to perk up, sometimes in shock.

“Luckily, I have an administration that really supports all this,” said Hunter, an assistant professor of practice in social work. The U.S. wheelchair basketball team she is a member of defeated Germany to win the bronze medal Saturday at the Tokyo 2020 Paralympics, which ends Sunday.

The phrase’s meaning has been shaped, to a large extent, through the eyes and ears of the beholders, who have propped up the wisdom of Potter Stewart, the Supreme Court justice who defined obscenity by writing, “I know it when I see it.”

Stella Young, an Australian journalist, comedian and activist, wrote the Ramp Up article in 2012, then delivered a TED Talk on the subject in 2014 that was both hilarious and lacerating.

Young, speaking from her wheelchair, described images online of amputees running on prosthetic legs along with the words: “The only disability is a bad attitude.”

“In this case,” Young added, “we’re objectifying disabled people for the benefit of nondisabled people. The purpose of these images is to inspire you, to motivate you, so that we can look at them and think, ‘Well, however bad my life is, it could be worse. I could be that person.’”

Today, bold print on the homepage for the international wheelchair rugby federation’s website declares: “We aren’t here to inspire. We’re here to win.”

Asya Miller and Eliana Mason, members of the U.S. women’s goalball team who live in Oregon, sent a similar message when they arranged a local TV interview before the Paralympics this summer.

“The one stipulation we had is that, you know, you can’t make this like a fluff piece about these poor inspirational blind people,” Miller said. “We wanted him to get video of us working out, lifting weights and doing things like that.”

The draft called for “leaving behind the message that disability is a tragedy, something one should be grateful not to have.”

It also conceded that “there’s a huge paradox here because athletes in general do provide a service to society by being objects of inspiration. Lionel Messi inspires millions of kids around the world to try to become the best version of themselves by working hard on something. Nothing wrong with that.”

For Messi, the ability to inspire is grounded in his performance. For Paralympians, it is grounded less in their accomplishments and more in what has happened to them.

“If you’re asking about that at the same level you would for an Olympic athlete, that’s cool,” said Hunter. “But we tend to spend more time on our backstories of how we got injured or how we got here than on the actual feat of our athletic ability.”

Channel 4, the British television network that broadcasts the Paralympics, has been widely praised for its coverage of the Games. Its promotional video for 2012, “Meet the Superhumans,” presented Paralympians as indomitable, with Public Enemy’s “Harder Than You Think” playing in the background. For many of the athletes in those Games, it was exhilarating to be portrayed in a light that LeBron James would find flattering.

At the end, a ball flies at the screen, shattering the word “Super” in “Superhumans” and calling to mind Young’s jab at the idea that attitude defeats all obstacles: “No amount of smiling at a flight of stairs ever made it turn into a ramp.”

Hunter seems up to the task.

“If you’re going to be inspired by me, be inspired by the fact that I have four degrees, that I’m 39 and in the best shape of my life, and that I am advocating for women in sports,” she said. “But I don’t want to be inspirational because, ‘Oh, look, she overcame getting run over by a road grader.’”

‘I am worried, I don’t have job, IPL contract’

Michelangelo Amendola on a roll at MRF Challenge