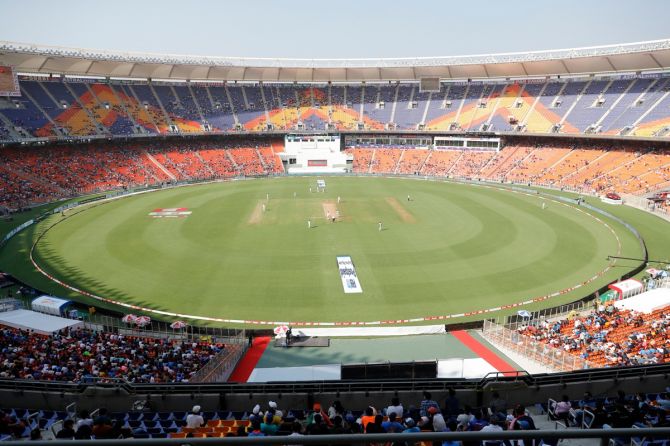 A short while before Virat Kohli and Joe Root led their teams out on their field on February 24, 2021, the stadium had a new name — the Narendra Modi stadium, the first time in memory that a stadium in India has been named after a living person.

Ironically, the decision to rename the Patel stadium after the current prime minister came a month and seven days after the sports ministry decided to ‘name all new, upgraded sporting facilities after sportspersons’ (external link). 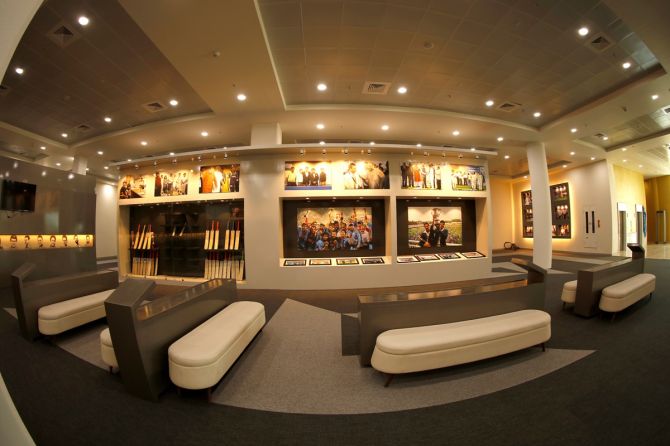 Rs 800 crore (Rs 8 billion) was spent to revamp the stadium, which can seat 132,000 spectators, and is now the biggest cricket stadium on the planet.

There are 76 air-conditioned corporate boxes at the stadium with a capacity of 25 each.

The awe-inspiring venue also features a full-fledged cricket academy, numerous indoor pitches and a number of facilities for other sports like football, hockey, basketball kabbadi, boxing, and lawn tennis among others. 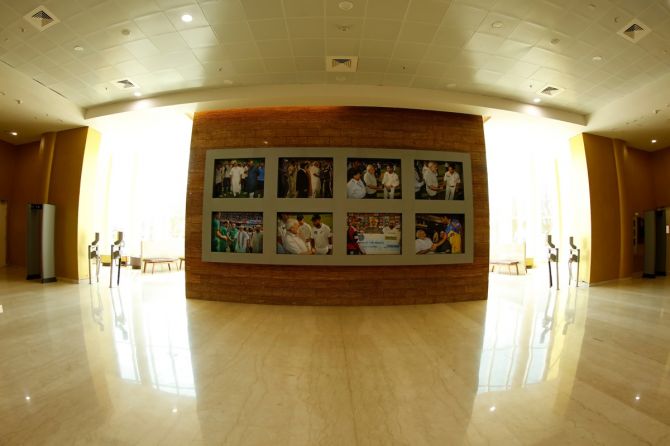 Spread over 63 acres, the N M stadium has surpassed the Melbourne Cricket Ground which can accommodate 90,000 spectators.

The ground has a drainage system which will take just 30 minutes from the time it stops raining to drain out the water.

Instead of high mast floodlights, the field of play has LED lights fixed along the perimeter of the roof providing shadow-less light — a first of its kind arrangement in India.

This is the only cricket stadium in the world to have four dressing rooms for the players so that back-to-back games can be played on the same day. 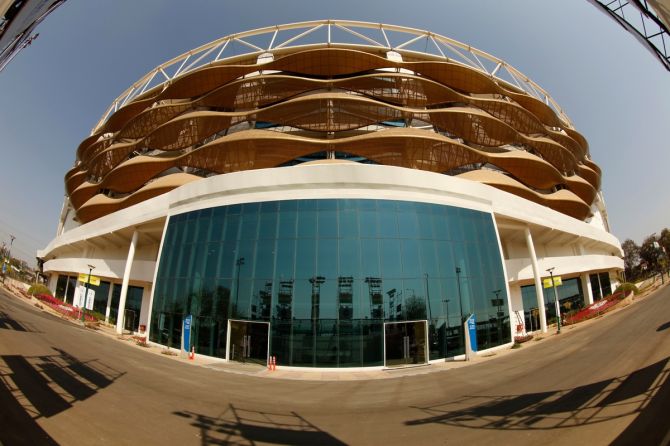 A built-in clubhouse with 55 rooms further adds to the N M stadium’s allure. The clubhouse features both indoor and outdoor games, restaurants, an Olympic size swimming pool, gym as well as a 3D projector theatre.

‘Mankading’ episode: The Buttler did it or was it Ashwin?

Back series GDP data not official: Ministry of Statistics