Kavita Devi last wrestled for the company in July 2019. She had competed on WWE’s biggest stage during the Women’s Battle Royal at WrestleMania in New Orleans. 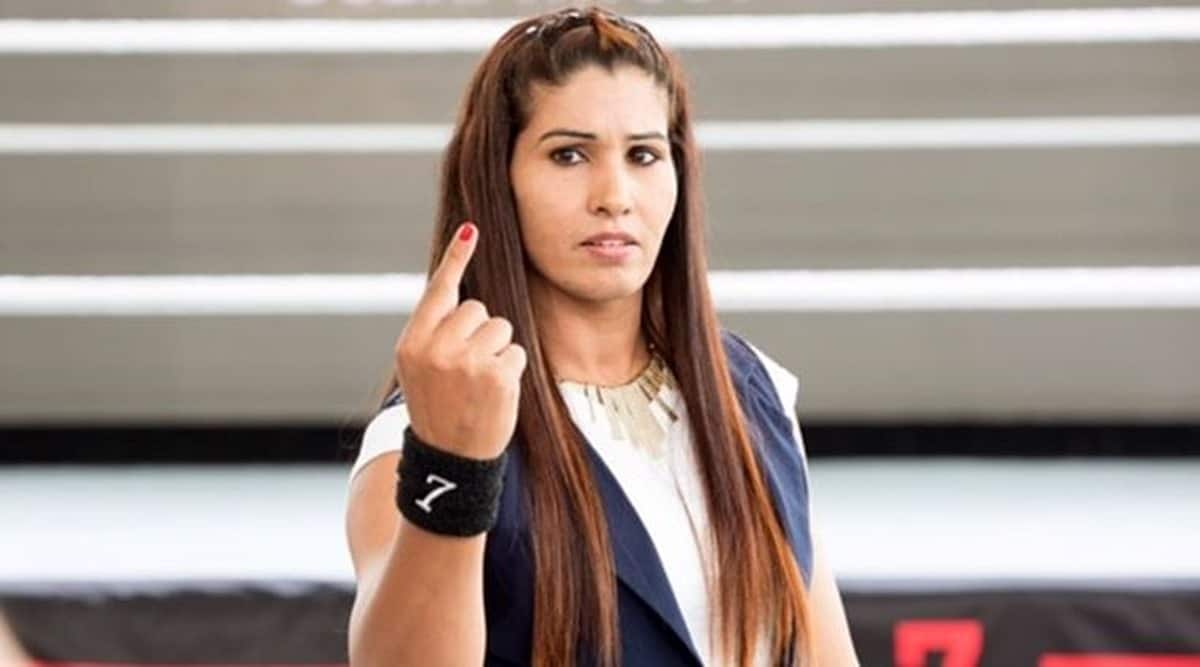 Kavita Devi says the reports about her WWE release last month are inaccurate, and she’s looking forward to a return in a new role. In a recent interaction, she shed light on her position and spoke at length about her future with the company.

Recent reports suggest you were released from WWE. Can you tell us what happened?

I’ve read some of those reports, and they aren’t accurate. I have been back at home in India since January. My husband contracted Covid earlier this year and I needed to be here with my family, I chose not to go back to America. Everyone at WWE has been incredibly supportive, I am filled with gratitude for everything they have done for me. I have also had an ACL injury for over a year and have been unable to perform in the ring but WWE still supported me through all of that. They understand that India is where I need to be. We are working together on a new arrangement that allows me to be home, but still part of the WWE Universe.

Does that explain why you weren’t present at WWE Superstar Spectacle in February?

Yes, exactly. I was at home in India with my husband who was recovering from Covid. WWE made every effort to still make me feel included – they even made it possible for me to film a video message to be used during the show. I was sad to not be there in person, but I had to be at home with my family.

What does this mean for your involvement with WWE in the future?

India continues to be a very important market for WWE with some of the most passionate fans in the world. I will still be involved as an ambassador for WWE in India. In the future that may mean I am involved in scouting new talent or with WWE Live events, anything is possible. There are incredible Indian talent at WWE and I will continue to champion them here at home – including Sanjana George, from Kottayam, who recently signed a developmental contract at the WWE Performance Center in Orlando.

Is it important for you to still be an inspiration for women who want to pursue their dream of joining WWE?

That is very important to me. Even though I’m not in Orlando anymore, I will still always be the first Indian woman to have been signed by WWE. My experience at the WWE Performance Center has been more than I could have ever imagined, and now I want to help create opportunities for the next generation of WWE Superstars. I want to be an inspiration for every little girl in India who has a dream. I now get to be home with my family, but I am still living my dream and I am excited for the future.

As Big Tech faces antitrust heat in the US, platform businesses, regulators need to work together