Wriddhiman Saha has failed to scored a Test fifty in his last 14 innings. 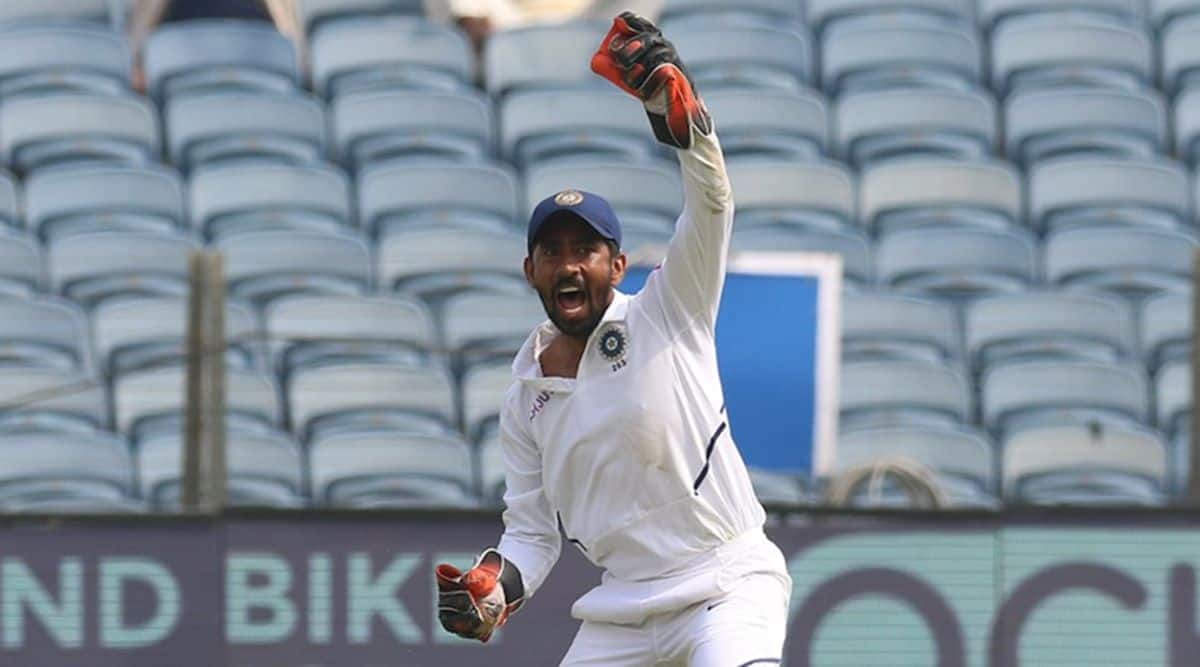 India’s backup wicketkeeper-batter Wriddhiman Saha’s abysmal run with the bat continues as he departed after scoring 1 on the second day of the first Test against New Zealand at the Green Park Stadium in Kanpur.

Saha was dismissed by Tim Southee. Saha was playing away from his body and edges it to Tom Blundell, who took a fine diving catch to his right.

The 37-year-old was not looking comfortable against Southee, during his brief stay at the crease.

The right-handed batter from Bengal has last scored a Test fifty in 2017 and since then he has only managed to score 156 runs in 14 innings, averaging 14.18, with the highest score of 29.

Saha was playing a Test match almost after the gap of a year. His last match was against Australia at Adelaide in the day and night Test, where India was bowled out for a paltry 36 in the second innings. Saha had scored 9 and 4 in both innings.

With KS Bharat waiting in the wings, this might prove to be his last Test match in the whites for Team India.

Saha is playing in his 39 Test match, since making his debut against South Africa at Nagpur in 2010.

Saha, who is tipped as one of the finest keeper in India’s domestic circuit has always played the second fiddle. In the early part of his career, he was back up of MS Dhoni, and once the former Indian captain retired, Saha became the first choice keeper. But with the emergence of swashbuckling Rishabh Pant, he again had to take a back seat.