At 105, India are ranked much higher than the 171st placed Nepal, but the Sunil Chhetri-led side produced a below-par show in the first friendly to be held to a 1-1 draw on Thursday. 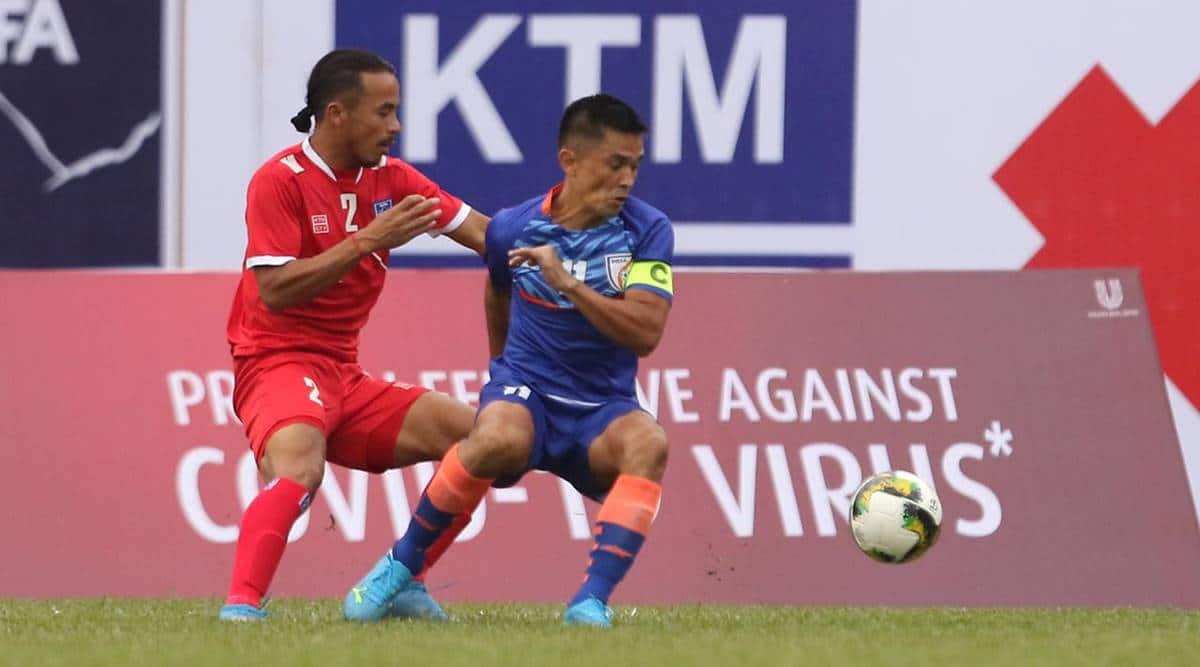 India are battle-ready despite the short span of recovery and no training in the past two days, insisted national head coach Igor Stimac on the eve of their second international friendly against hosts Nepal at the Dasharath Stadium in Kathmandu on Sunday evening.

Inclement weather kept the players indoors after their drawn first match on Thursday. Kathmandu has been facing the past 10 days and according to the local weather office it will rain next week too. The chance of cancellation of the match is also in the air since Saturday afternoon.

“Despite the setback, the mood is positive and our boys are aware that they can do much better,” Stimac said. “Of course, we are short of practice because we are just at the end of the second week of preparation, and the legs are still heavy. But, they are looking forward to putting in a better performance,” he added.

The day after the first friendly on Friday efforts and plans of a practice session got cancelled owing to a downpour. “We are going to change a few things, and see if that can help us in terms of passing with more confidence and getting forward easier,” Stimac told the-aiff.com in a pre-match chat.

Music is the first love for most of the Indian players as Bluetooth speakers from the player’s rooms are loud. But Gurpreet Singh Sandhu was all engrossed with ‘The Bhagat Singh Reader’ by Chaman Lal.

“All the letters, essays, notes that Bhagat Singh-ji has brought out. It’s an honour to know about the great man who was much beyond a normal citizen and a freedom fighter. He was a pathfinder, innovator and wave creator who had so much knowledge at such a young age. I am just envious of his mentality, and how his mind looked at the world, and I want to do the same,” Gurpreet said.

While admitting that Nepal were a tough opponent in the first match on Thursday, the Indian custodian said, “We had moments where we could have done better as a team, and there were moments where we did get better. We need to make sure that we have a strong mentality going into the second and not give anything to a team who is looking for something all the fit. We need to make sure that we use it to prepare for the SAFF Championship in good order.”

Anirudh Thapa, who scored the equaliser in the 60th minute of the Thursday match, was seen limping till the other night after having suffered a knock above his ankle. “But I am fine now,” he assured. Anirudh was part of the triumphant India U-15 national team which lifted the SAFF title in Kathmandu years ago.

“I have been working on my short sprints, especially my start. That allowed me to connect the ball ahead of my marker, and even goalkeeper Kiran-bhai (Kiran Limbu of Nepal),” Anirudh said.

“We were much better in the second half and wished the match could have continued for some more time for us to find the winner. On Sunday’s game, we hope to continue from where we left and return home with a victory,” he added.

The match will be streamed live on Indian Football Team’s official Facebook page from 5.15 pm on Sunday.

What is AEW? Everything you need to know about WWE’s newest rival brand