Virat Kohli had said that umpire's call should be removed from the decision review system. 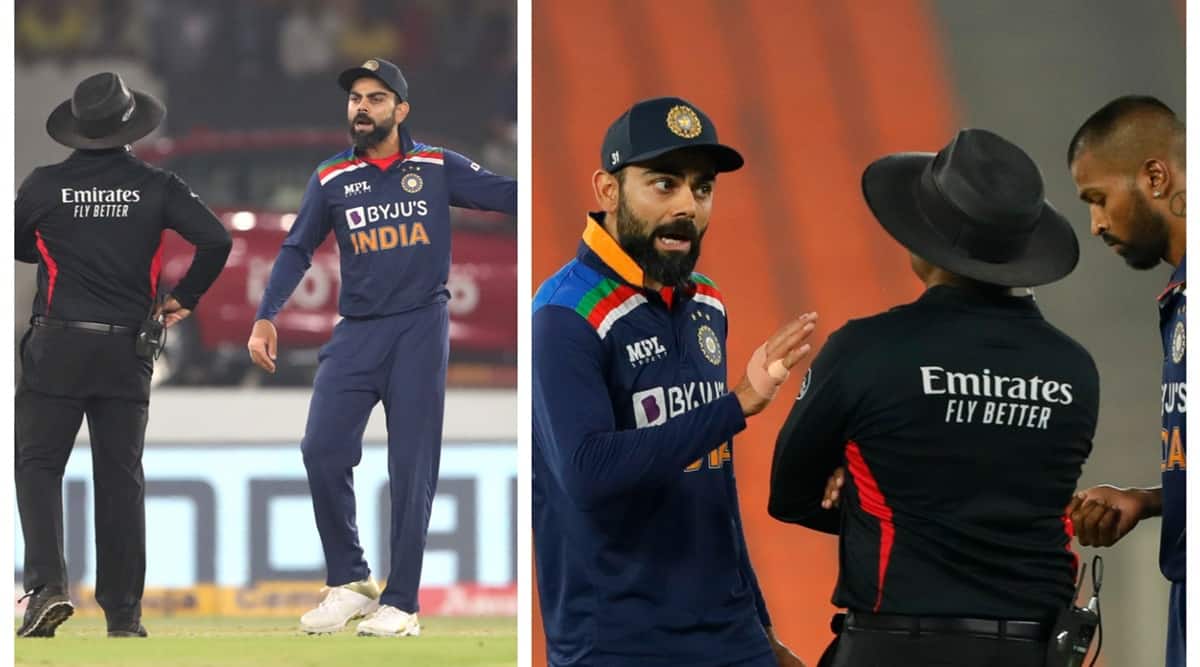 India captain Virat Kohli has been outspoken throughout England’s ongoing tour of India on umpiring and pitch issues.

However, former England cricketer David Lloyd criticized the Indian skipper saying that the 32-year old has disrespecting and pressuring the umpires every chance he gets.

“Kohli also suggested England were pressuring umpires to give the ‘soft signal’ as out when Dawid Malan took a low catch in the fourth T20. Firstly, the soft signal is there to leave as much authority as possible with the on-field umpires,” Lloyd wrote in his coloumn for the Daily Mail.

“And I don’t know if England put pressure on Nitin Menon in Ahmedabad, but I do know one thing — Kohli has been pressuring, disrespecting and remonstrating with umpires throughout this tour.”

“There have also been a number of altercations in India which, when copied, will permeate through every level. There was another on Tuesday near the end of the India innings. You should not confront an opposition player on the field. It’s just not done. And the toothless International Cricket Council have done nothing.”

“It’s the same with slow over-rates. When T20 cricket was introduced in 2003 it was short, sharp and great fun. Now it’s like the Alamo. Games are lasting more than four hours! And Tuesday’s first innings of 50 overs took over four hours! The consequences? Again, broadcasters, especially terrestrial ones, will be wary of buying the product because they don’t know how it’s going to affect their schedules.”

“Yes, the ICC fined both teams during the T20 series but the players will not give a damn. We don’t know how much they are being fined, who is paying them and where the money goes.”

“Umpires have to be given their authority back. They must be handed yellow and red cards to stamp that lost authority because they look powerless. And Kohli, who has vast responsibility and influence, should be very careful in what he says and does.”

Bigg Boss 14: ‘My eviction was shocking’