India vs England (IND vs ENG) 2nd Test, Day 4 Live Cricket Score Streaming Online Updates: Joe Root's men will restart their chase on 53/3 after the hosts put up a target of 482. 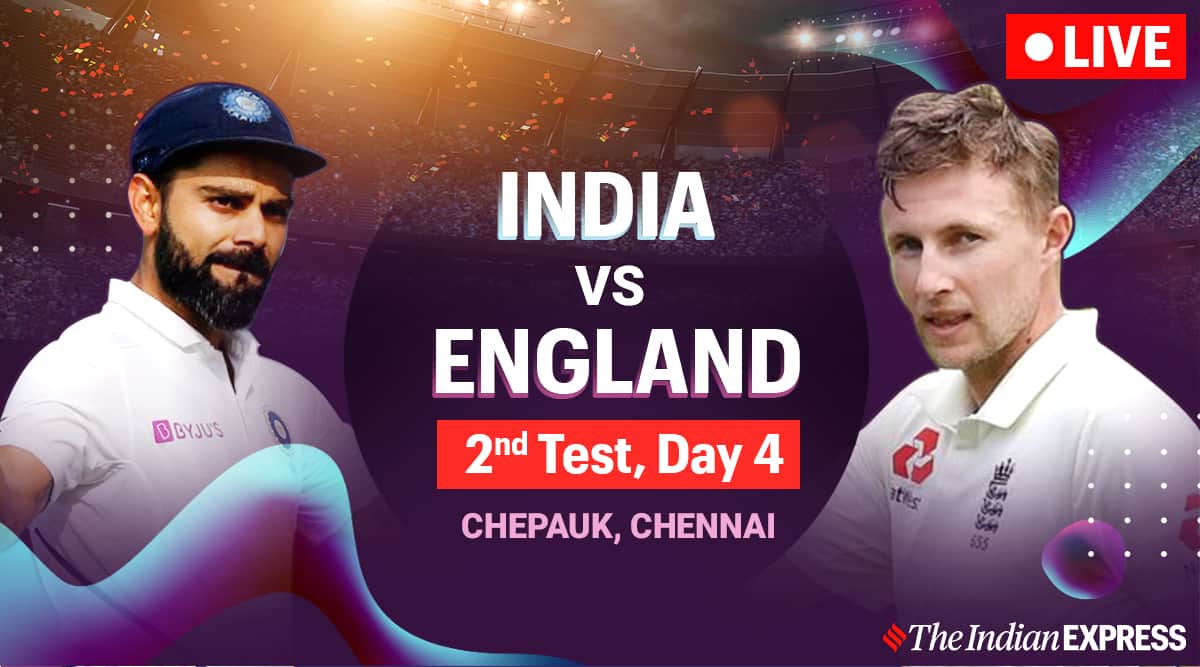 India vs England 2nd Test, Day 4 Live Cricket Score Online Updates: England will restart their chase of record target 482 on the third day of the second Test against India at the MA Chidambaram Stadium in Chennai on Tuesday.

England were reduced to 53/3 by a late show by India spinners Axar Patel and Ravichandran Ashwin on the third day. Joe Root and Daniel Lawrence will restart the match together with the visitors still needing 429 more runs.

Earlier, Ashwin added a fifth Test hundred to his 29th five-wicket haul in India’s runup to 286 in their second innings.

England, facing a mammoth task in the final innings of the match, lost its first wicket when Patel trapped Dominic Sibley lbw for three. Burns and Dan Lawrence put on 32 for the second wicket before Ashwin had Burns caught at slip as he played against the turn. Six balls later, Patel dismissed nightwatchman Leach for a duck.

Joe Root came out to bat and survived a huge lbw shout before the close of play. In a strange DRS call, the ball seemed to be hitting the stumps but the in-form England captain survived owing to the umpire’s on-field, not-out decision. At stumps, Lawrence was unbeaten on 19 while Root was two not out.

“I have been practising with batting coach Vikram Rathour and would love to credit him with how my batting has come through over the last four or five matches,” Ashwin said. “I played a lot of sweep shots today and we had a plan against Jack Leach. I am thankful the plan paid off.”

Local hero Ravichandran Ashwin delivered a series of body blows to England as the tourists struggled to 53/3 at stumps on day three of the second test against India on Monday. With England needing an unlikely 482 for victory, Ashwin followed up his century with the bat by dismissing Rory Burns for 25 while fellow spinner Axar Patel claimed 2/15.

Virat Kohli should be given some time off, says Michael Vaughan after Royal Challengers Bangalore’s sixth successive loss

Devendra Fadnavis was asked if it was a mistake to ally with Ajit Pawar. His reply