The inability of the India men's national football team to beat even South Asian rivals is symptomatic of how much the sport has regressed over the past decade. 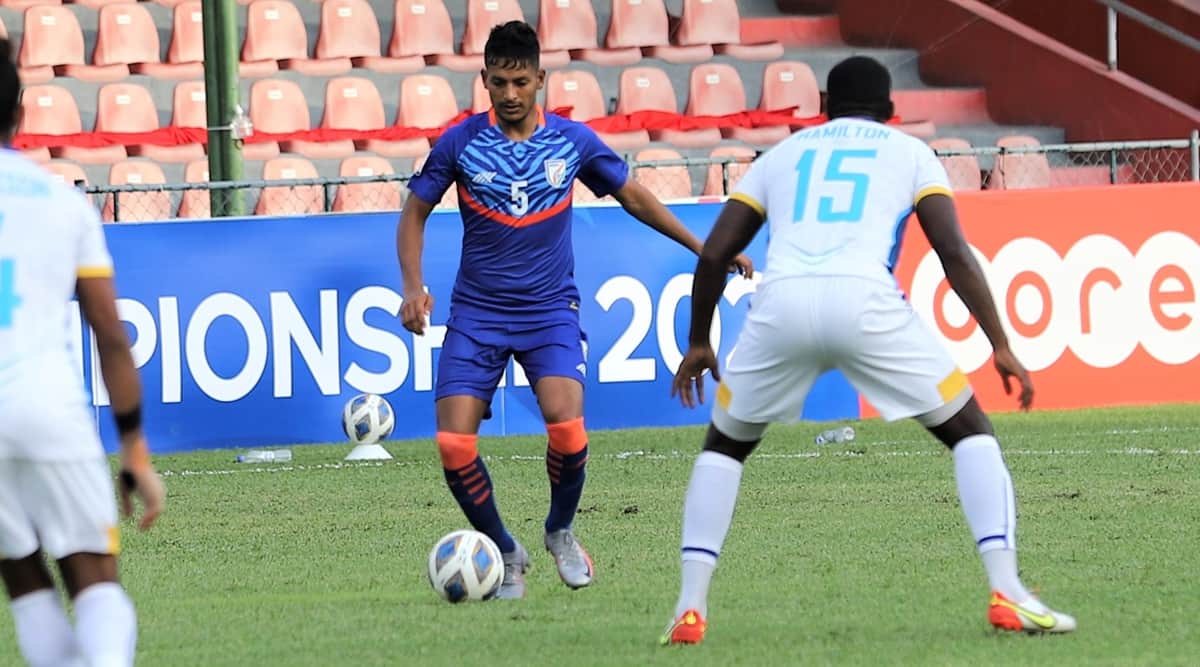 Here’s a #ThrowbackThursday trivia: on October 8, 2010, India rolled over Vietnam 3-1 in an international friendly played in Pune, with Sunil Chhetri – who else – scoring a hat-trick.

Eleven Octobers later, that match is a good reference point to understand how far behind the Indian football team has fallen.

The 95th-ranked Vietnam are now closer than ever to a World Cup spot. And India, placed 107th, are unable to beat even their South Asian rivals in a tournament reserved for the laggards of world football.

India’s struggles were magnified against a team ranked 98 places below them in FIFA rankings, Sri Lanka, on Thursday after they were held to a goalless draw. This embarrassment was preceded by a 1-1 draw against a 10-men Bangladesh, ranked 189th, in their opening match of the SAFF Cup on Monday.

The blame, as expected, fell on the shoulders of coach Igor Stimac and it seems increasingly likely that the Croatian will be shown the door if India do not win this championship. It’s convenient, however, to make the Croatian the scapegoat.

In 2011, the then India coach Bob Houghton had said: “You can remove the coach and you can bring Guus Hiddink or Jose Mourinho tomorrow and you will still be (where you are).” Houghton, who was sacked unceremoniously and controversially soon after, could not have been more spot on.

The draws against Sri Lanka and Bangladesh, which came close on the heels of India’s failure to beat Nepal, should rather serve as another reminder of all that’s ailing Indian football, and the list is a long one.

More so, because these results aren’t one-off disappointments.

The draw against Bangladesh was the second time in three matches that India could not beat their neighbours. At the club level, too, the signs seem ominous. Last month, ATK Mohun Bagan suffered a drubbing at the hands of Uzbekistan’s Nasaf FC in the AFC Cup. Before that, Bengaluru FC exited in the group stage of the same competition, having failed to beat Bangladesh’s Bashundhara Kings.

For ATK Mohun Bagan and Bengaluru, the Asian competitions – which should be a top priority – turned out to be a virtual warm-up tournament, given that they went into the games without any competitive matches for nearly half-a-year because of India’s flawed domestic calendar.

“When FC Goa played in the Asian Champions League, they already had 20 games under their belt. The players were properly conditioned and that reflected in their performance,” says Indian football coach Pradhyum Reddy.

“The players last played a competitive match in March. So it’s tough to expect the players to be sharp when they play after such a long break. At the same time, we have to be realistic about where we stand and not feel entitled about beating Bangladesh or other teams like them. It’s not like we are consistently and comprehensively beating Bangladeshi or Maldivian teams in club competitions or at junior levels.” 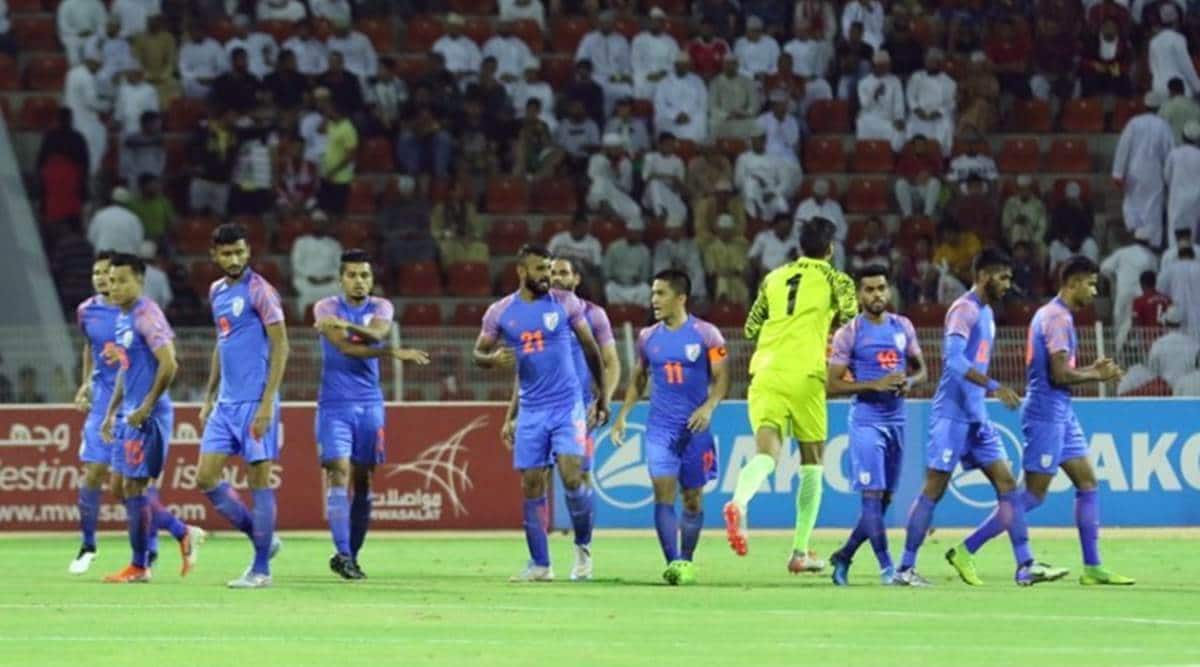 One of the biggest crises that Indian football is facing is the lack of game time for domestic players. The ISL is among the shortest competitions in the world. It ends at a stage when in most other leagues, it’s just a mid-way point of the season. The 11-team tournament lasts for just four months, which is less than even the Bangladesh Premier League – their 2021 season had 13 teams and lasted nine months.

Other countries in the region, too, have leagues that are longer than India’s premier league. In Oman, each club gets to play 26 games over a span of nine months. Top-division clubs in Qatar, the hosts of the 2022 World Cup, play 22 matches each in their Super League over eight months. In addition to the league, they also play a Cup competition.

For commercial reasons, India has not increased the length of its top league and that is proving to be detrimental for the overall growth of the game. Even in a short season, the match time that Indian players get is hardly enough as managers, for whom results are the ultimate priority, tend to employ their best foreign signings in central areas of the pitch and goal-scoring positions.

Remember Komal Thatal, the scrawny winger who dazzled with his quick, mazy runs in the Under-17 World Cup in 2017?

He played just 67 minutes in the whole of the 2020-21 season for ATK Mohun Bagan, managing just 33 touches and 22 passes in the five appearances.

Iranian star Sardar Azmoun, nicknamed the Asian Messi, had already made more than a dozen appearances for Rubin Kazan by the time he turned 20 and clocked almost 4,500 minutes with the national team from the under-17 level to the senior side.

Indian players, be it the established ones in the national team or the young promising stars, struggle to get even half the amount of playing time and in many cases, players have gone an entire year without a shot at goal, let alone scoring one.

Consequently, when they play international games, they are often like a deer caught in headlights. More so, when they have played less than half a dozen meaningful matches in almost six months.

The All India Football Federation (AIFF) has said that from next year onwards, they will increase the matches and reduce the number of foreigners in the Indian Super League (ISL) to give Indian players more opportunities.

Whether they actually fulfill the promise is anybody’s guess.

The situation gets bleaker with age-group teams, where the number of matches gets fewer and fewer. This is where the comparisons between India and Vietnam get interesting and inevitable.

India adopted a top-down approach – hosting big events and looked for short-term fixes in the league without properly focusing on developing the grassroots.

India’s youth teams, from under-16 to under-23 have not done anything remarkable at the Asian level. So, to suddenly expect the same, under-developed players to produce results while playing for the senior national team seems a bit irrational.

Vietnam, on the other hand, did not do anything miraculous. Instead, they made good use of FIFA grants, invested in their youth teams and remained patient. Their focussed, long-term approach gave rise to a golden generation of players that reached the finals of the Asian U-23 Championship and now form the core of the national team, which has reached the final round of the 2022 World Cup qualifiers.

An impatient search to find players who can make a difference has led to an unprecedented 66 players making their international debuts since 2015.

Stimac’s predecessor, Stephen Constantine was pragmatic in his approach when he took charge seven years ago. He oversaw the transition of an aging team, stuck to a style that wasn’t pretty but was effective, which helped India to climb up the rankings ladder – from 171st position in 2015 to close to top-100 now – and log a few eye-popping performances.

Stimac, on the other hand, has often come across as a man stabbing in the dark. He has changed his starting 11 in each of the 19 matches India have played under him. He has handed debuts to 21 players since his appointment in 2019 and the team has won just thrice. Stimac is partially guilty of the instability within the playing group.

But the bigger failure of those in charge of Indian football is their inability to develop top-quality players, thus forcing them to fall back on Chhetri time and again.

Chhetri was 26 when he scored the hat-trick against Vietnam in 2010 and led India to a 3-1 win. In the 11 years that have followed, India has pumped in hundreds of crores, established a new league, formed brand-new teams and tried 66 new players in six years but Chhetri, now 37, is still virtually the only man scoring goals that are sparing the national team, the coaches and the AIFF blushes.

His goals have papered over the cracks for years. On the other hand, Vietnam, who have zoomed past India on the back of their golden generation, have the World Cup within their sights.

Daniil Medvedev wins Open 13 for 10th title on eve of move to No. 2

For Operation Green to deliver, experience of raising milk production in Operation Flood can prove beneficial