India, whose previous best finish at the Olympiad was a bronze medal in 2014, are now assured of a first ever gold or silver. This is the first time the tournament is being played in a knockout format. 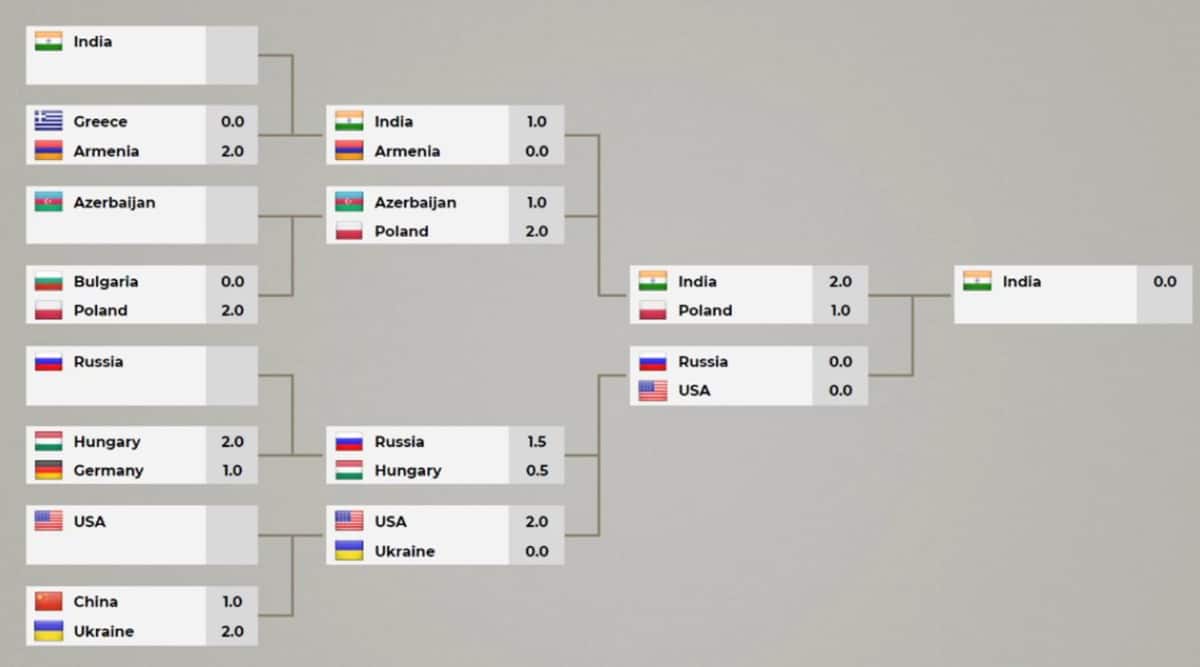 Koneru Humpy held her nerve in an Armageddon game to pull off a 2-1 victory for India in the Chess Olympiad semifinal against Poland on Saturday. India, whose previous best finish at the Olympiad was a bronze medal in 2014, are now assured of a first ever gold or silver. They will meet the winners of the Russia vs USA semifinal in Sunday’s final.

The Indian team came back from behind to claim the 2-1 victory on Saturday. They lost the first round 2-4. They then bounced back strongly in the second with a crushing 4.5-1.5 win. Humpy did the rest in the match-deciding tie-break.

Former world champion Viswanathan Anand came into his own with a much-needed win over Jan-Krzystof Duda in 78 moves in the second round after losing to his opponent in the first round.

In the first round, Anand was tamed by Duda while Gujrathi lost to Radoslaw Wojtaszek and Divya Deshmukh was beaten by Alicja Silwicka.

Humpy and Harika drew against Socko and Karina Cyfika respectively while Sarin posted the only win for India, beating Igor Janik, in the first round.

The scorecard of the semifinal: 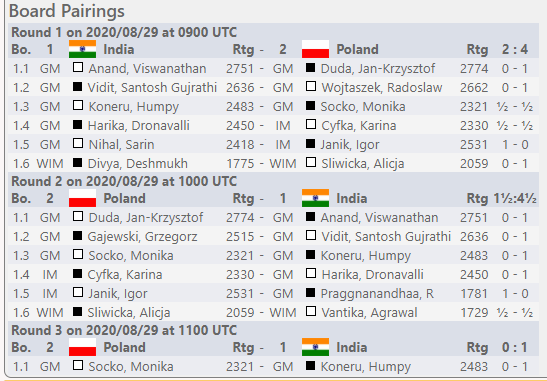 The Indian team had earlier beaten Armenia in Friday’s quarterfinal.

This is the first time the Olympiad is being played in an online format and with a final stage played on a knockout basis.

Vince roped in as cover for Bairstow

Muzaffarnagar riots: Absconding accused arrested by UP STF from Khatauli