Vijay Shankar said confidence in his ability to adapt helped him get over his surprise at being asked to bowl earlier than he expected in their Cricket World Cup victory over Pakistan on Sunday. 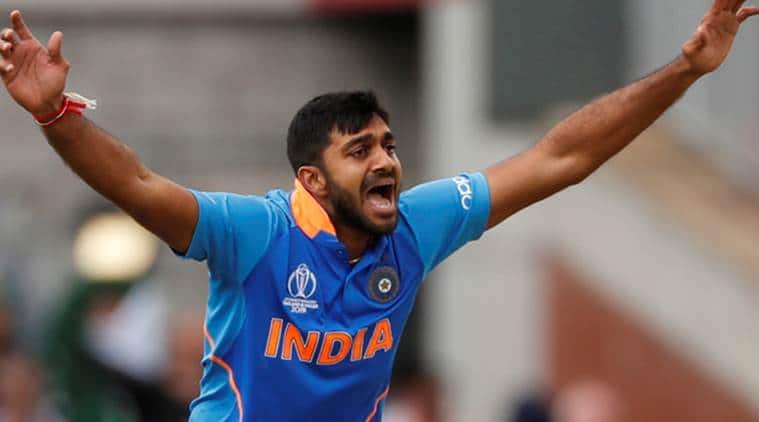 Indian pace-bowling all-rounder Vijay Shankar said confidence in his ability to adapt helped him get over his surprise at being asked to bowl earlier than he expected in their Cricket World Cup victory over Pakistan on Sunday.

India beat their arch-rivals by 89 runs via the Duckworth-Lewis method to keep themselves on course for a semi-final berth and Shankar, drafted in as a replacement for the injured Shikhar Dhawan, made a memorable World Cup debut for his country.

When pace bowler Bhuvneshwar Kumar was injured midway through his third over Shankar was called in to complete it and trapped Pakistan’s Imam-ul-Haq lbw with his very first delivery.

“Coming on to bowl so early was a surprise for me,” said Shankar, who also took the wicket of Pakistan skipper Sarfaraz Ahmed.

“I am someone as a cricketer who feels it’s very important to be able to adapt quickly to the situation.

“It’s important to improve all aspects of my game so when the situation comes along, I will be ready.”

The 28-year-old also chipped in with an unbeaten run-a-ball 15 with the bat to help India reach 336 for five after dropping down the order to number six to allow Hardik Pandya more time at the crease.

“I have to be flexible in my role, batting and bowling,” he added. “I just think it was a great opportunity to make my World Cup debut against Pakistan when there would be so many people watching the game. I tried to enjoy each moment.”

“I thought his inclusion was correct and he proved himself,” Tendulkar told the India Today magazine. “Picking the wicket off the first ball was a dream start for him. Before (Pakistan) could press the gas hard, Vijay Shankar hurt them.”

India, who are third in the standings, next face Afghanistan in Southampton on Saturday.

‘He is a wizard,’: Ian Bishop heaps praise on India U19 leggie Ravi Bishnoi