Rohit Sharma led the team and Virat Kohli played under him. As regards to the near future, it pointed towards a seamless transition after the T20 World Cup. 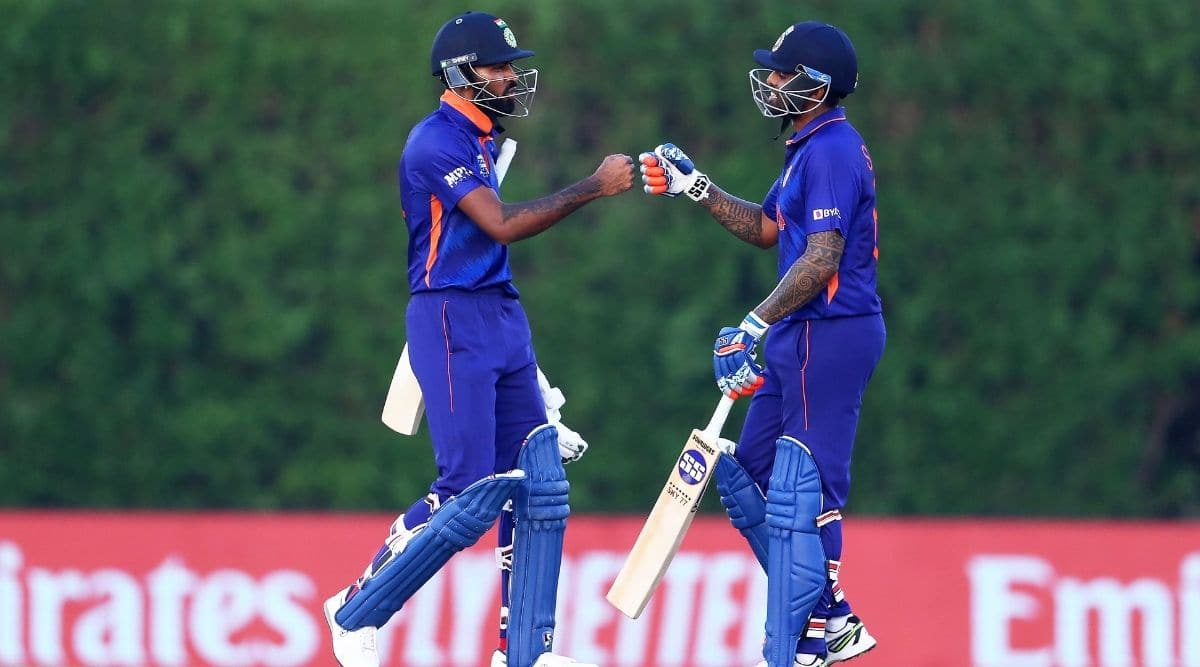 India’s second warm-up game against Australia in Dubai on Wednesday, ahead of the T20 World Cup, captured the present, while giving a glimpse to the near future. India won with Hardik Pandya’s six in the 18th over taking them past Australia. Here are the five things that the Indian team management would have learnt from their last outing before they open their campaign against Pakistan on Sunday.

Rohit Sharma led the team and Virat Kohli played under him. As regards to the near future, it pointed towards a seamless transition after the T20 World Cup. As for the present, it signified that Rohit would play a more proactive role even on the field during the tournament. Rohit, being the vice-captain, has always been a part of the leadership group. This game dropped a hint about Kohli and Rohit working in tandem, going ahead in the tournament. Kohli came up with his inputs and had conversations with Rohit and the bowlers during the game. Expect Rohit to do the same during the tournament. After scoring a fine 60 from 41 balls, the top score for the innings, he went in so that others also could get a chance to bat.

Kohli bowling in limited-overs cricket after four years was significant. He used to bowl his bit part medium pace in the middle-overs under MS Dhoni’s captaincy. But after becoming India captain in all formats, Kohli sort of went into an elongated bowling hiatus. He bowled two overs against Australia for 12 runs. On the face of it, a lack of sixth bowling option prompted the experiment. But the direction could well have come from the mentor. Dhoni always trusted Kohli to bowl a few overs in the middle.

At the toss, Rohit gave an update on Hardik Pandya’s bowling fitness, confirming that the allrounder hasn’t yet started bowling at the nets. “Hardik is coming along pretty well, but it will be a while before he starts to bowl.” A lack of a proper alternative probably forced the selectors to pick a half-fit Pandya for the tournament. At the moment, however, there’s little cover if a specialist bowler leaks runs. Rohit admitted that India have been searching for a sixth bowling option. “We want to make sure that we get the sixth bowling option.”

Varun as a death bowler?

Jasprit Bumrah needs someone to complement him at the death. Mohammed Shami can be inconsistent at the back-end of the innings, and although Bhuvneshwar Kumar had a good game today, going by the way Varun Chakravarthy was used, the team management has been considering him as a death-bowling option. The mystery spinner was brought into the attack in the 16th over, but he was expensive, conceding 23 runs in his two overs. Bowling for India on a big stage, albeit in a warm-up game, can be a nervy affair and Varun needs to be at his confident best to rise to the challenge.

A favourite template for Kohli in T20Is was to use Washington Sundar’s off-spin inside the Powerplay. Washington’s injury paved the way for Ravi Ashwin’s return to the shortest format and he was excellent in the Powerplay against Australia, removing David Warner and Mitchell Marsh in consecutive deliveries. Given that Ravindra Jadeja is undroppable, it appears to be a three-way fight between Ashwin, Varun and Rahul Chahar. Against big-hitting sides, can India afford to play two finger-spinners? It’s a happy problem to have.

India vs New Zealand: ‘Respect the format’ – Virat Kohli not looking at ODI series as preparation for T20 World Cup

Kundali Bhagya 22 May 2019 written update of full episode: Dadi promises Rishabh to get him married to the girl of his choice | Bollywood Life

COVID-19: Lockdown may return to Guwahati if situation worsens