The Ministry of Youth Affairs and Sports goes against its own guidelines by announcing 74 winners across all the seven categories. “There will be only one award every year to be given to an individual sportsperson,” reads point number 10.1 in the Khel Ratna invitation form. Rule 10.2 of the Arjuna Award states, “Normally not more than 15 awards could be given in any calendar year.” In both cases, it is specified that the ‘condition will be relaxed only in exceptional circumstances’.

As per the sports ministry’s guidelines, there should be a total of 32 awardees across the seven categories, with a few exceptions allowed in each. This year, however, the government announced there will be an unprecedented 74 awardees. “It is important to maintain the dignity of these awards,” said two-time Olympic medallist Sushil Kumar, who won the Khel Ratna in 2009 and Arjuna in 2005. “This isn’t even an Olympic year.”

An Olympic year, or other years when a multi-discipline event is held, is an exception when government rules allow the number of awardees to exceed the prescribed limit. Rule 10.2 of the Arjuna Award continues: “Keeping in view the performance of Indian sportspersons in the Commonwealth, Asian Games and Olympic Games during a particular year … Arjuna Awards exceeding 15 in number may be allowed with proper justification and approval of Minister-in-charge for Youth Affairs & Sports.”

This was one of the reasons why, in 2016, there were four Khel Ratnas – Rio medallists PV Sindhu and Sakshi Malik, gymnast Dipa Karmakar who exceeded most expectations to finish fourth at the Games and Jitu Rai, who flopped at the Olympics but received the award for a string of standout performances in the preceding two years.

Before 2016, there had been just one Khel Ratna every year, barring a couple of exceptions (like in 2002, when KM Beenamol and Anjali Bhagwat were named joint winners amidst a lot of controversy). After 2016, there have been two winners each year. This time, the number is five. 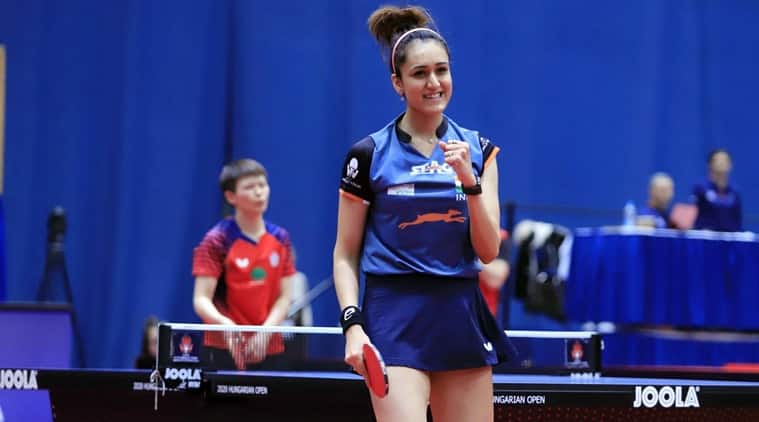 Paddler Batra, who is among the awardees, is a rare case when an athlete has been conferred the Khel Ratna based largely on gold medals won at the Commonwealth Games. Batra is the first table tennis player to receive this award, for which performances between January 1, 2016, and December 31, 2019, were considered.

In 2018, Batra became the first Indian woman to win a table tennis title at the Commonwealth Games. At Gold Coast, she won four medals, including two gold. Later that year, she partnered Sharath Kamal – a trailblazer for Indian table tennis – to win the mixed doubles bronze medal at the Asian Games. Batra was feted with the Arjuna Award in 2018 for these performances. For the same achievements, the paddler currently ranked 63rd in the world will now get the Khel Ratna.

Rohit Sharma is only the fourth cricketer to be honoured with this award after Sachin Tendulkar, MS Dhoni and Virat Kohli. While nominating him, former India captain and cricket board president Sourav Ganguly, who received the Arjuna Award but not the Khel Ratna, said the batsman ‘is worthy of getting the prestigious Khel Ratna award for his commitment, conduct, consistency and his leadership skills.’

As per the rules, ‘for cricket and indigenous games, not included in Olympic/Asian Games /Commonwealth Games disciplines, the selection committee will take into consideration their individual performances.’ In the past, several cricketers, including former captain Rahul Dravid, have been ignored for the award.

The reason, according to a sports ministry official involved in the vetting process, was that there were others considered more deserving of the Khel Ratna in that particular year and the selection committee stuck to the guidelines by selecting only one sportsperson.

The sports ministry did not respond to questions sent by The Indian Express about the reason behind the increase in the number of awardees.

Among others, a record eight para-athletes have been named for the awards. Paralympic Committee of India president Deepa Malik, who won the Khel Ratna last year, was one of the committee members. Hockey coach Romesh Pathania has been selected for the Dronacharya Award in the lifetime category. Pathania is credited with mentoring several India players, including former India captain Sardar Singh. Incidentally, Sardar was also a part of the committee that selected the awardees. Won back-to-back gold medals in 2018 at the Commonwealth and Asian Games. She followed that stellar run with two bronze medals in 2019 – at the Asian Championship and World Championship, where she sealed her quota for the Tokyo Olympics.

Won a gold medal at the Rio Paralympics, India’s first at the Games since 2004. In 2019, Thangavelu — who competes in the high jump – won a bronze medal at the World Para Athletics Championship. In 2017, he was accused of killing a youth who collided with his car. The case, however, was dismissed by the Madras High Court.

At the Rio Olympics, the Indian women’s hockey team finished 12th out of 12 teams. It finished fourth at the 2018 Commonwealth Games but managed to win the silver medal at the Asian Games. In 2019, the team defeated the USA in the qualifiers to secure their place at the Tokyo Olympics. Throughout this period, Rani was the team’s captain.

In 2018, Batra became the first Indian woman to win a table tennis title at the Commonwealth Games. She won four medals at the Gold Coast Games, including two gold. Later that year, she partnered Sharath Kamal to win the mixed doubles bronze medal at the Asian Games. Batra was feted with the Arjuna Award in 2018 for these performances. She is currently ranked 63rd in the world.

Varun powers to the top

Explained: How cars can run on hydrogen

One-stop centres for women in Kerala