All-rounder Sikandar Raza sensationally picked up 3-25 against Pakistan on Thursday as Zimbabwe prevailed by one run in a final-ball thriller to register their first Super 12 win at the Twenty20 World Cup.

Floored by an extraordinary last-ball defeat to arch-rivals India in their opening match on Sunday, Pakistan find their tournament in tatters after, having restricted Zimbabwe to a modest 130-8 at Perth Stadium, reaching just 129-8 in reply.

Fresh off a horror last over against India that cost his side the match, Mohammed Nawaz’s nightmare tournament continued when he was caught for 22 off the penultimate ball of the match off the bowling of Brad Evans (2-25), who had an 11-run cushion in the last over. 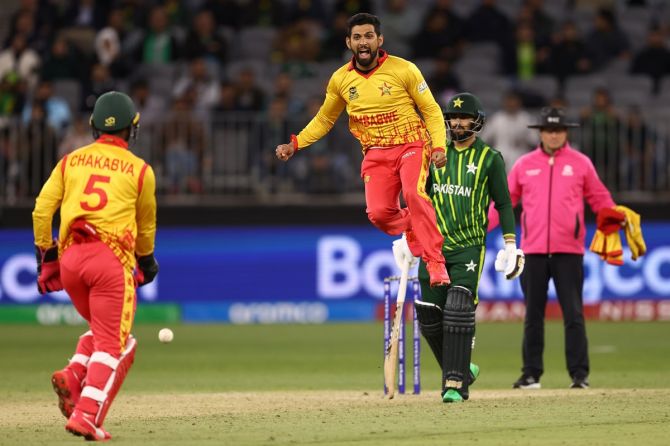 Pakistan’s chase got off to a rocky start, squeezed at 36-3 in the eighth over with the world’s top-ranked T20 batsman, Mohammed Rizwan, back in the dugout for 14 having chopped a delivery from two-metre tall Blessing Muzarabani (1-18) on to his stumps.

It was left to Shaan Masood to steady the ship with a composed 44, regularly exploiting the large outfield to run twos. 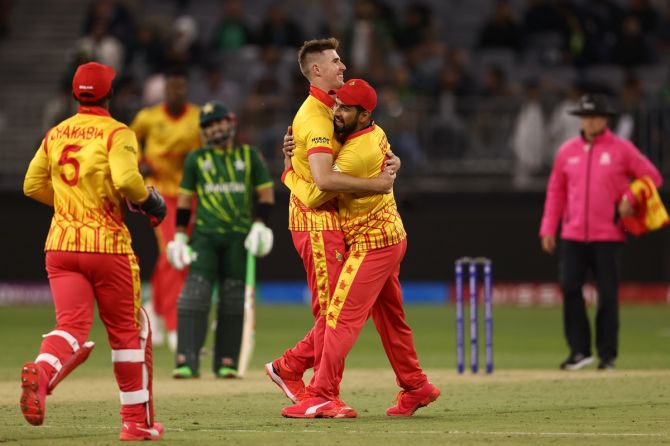 But Raza further pegged back the Asian side with his off-spin, having Masood stumped off a wide.

After losing the toss earlier, Pakistan’s much-vaunted pace attack bowled too full in the powerplay overs, conceding 47 runs, although quick wickets to dismiss the Zimbabwe openers kept the rate in check.

Signalling a return to form after scoring one in his side’s washout against South Africa on Monday, all-rounder Sean Williams (31) found the boundary three times and looked set to accelerate with the score at 95-3 and six overs remaining.

Spinner Shadab Khan (3-23) clean-bowled the left-hander before he had the chance though, triggering a collapse in which four wickets fell in six deliveries with no runs added.

Late runs from Evans (19 off 15 balls) gave the African side the lift they ultimately needed to move to third position in Group Two.

Can ‘all-rounder’ Jadhav nail a spot in the middle-order before World Cup?

Tokyo Olympics: What you need to know right now

IndiGo clarifies on why it has grounded Airbus A320 Neo aircraft