‘The English have a lot of pressure on them. Just think if they do not win…’

Italy’s Dino Zoff, a former European Championship winner, says the Azzurri need a “warm heart and cold blood” to beat England at Wembley in Sunday’s Euro 2020 final, having himself played in his country’s first ever win in London in 1973.

Zoff was part of the Italy side that won the country’s only Euros trophy to date, back in 1968, and he believes that a 1-0 friendly win over England in November 1973 that he also played in was a hugely significant moment for the national team.

“We had never beaten the English there. They still felt like they were custodians of the sport. Wembley was a kind of forbidden temple. They were different times, another world,” he told Corriere della Sera. 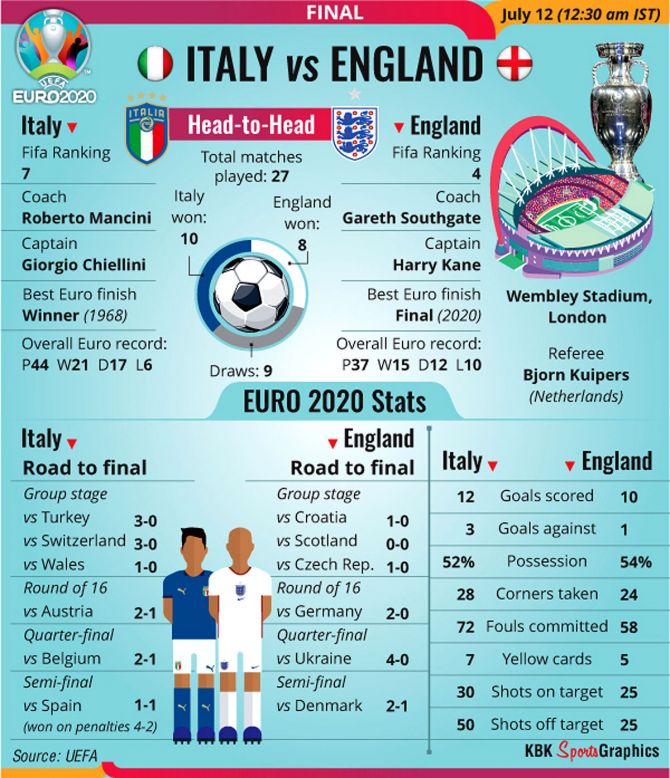 Assembly or Andhra CM? Why did KCR stay away from Mamata’s mega Opposition rally