Hakan Sukur, who presently lives in the US, revealed that he is driving for Uber to earn a living and spoke of how Turkey's president Recep Erdogan "took everything" from him. 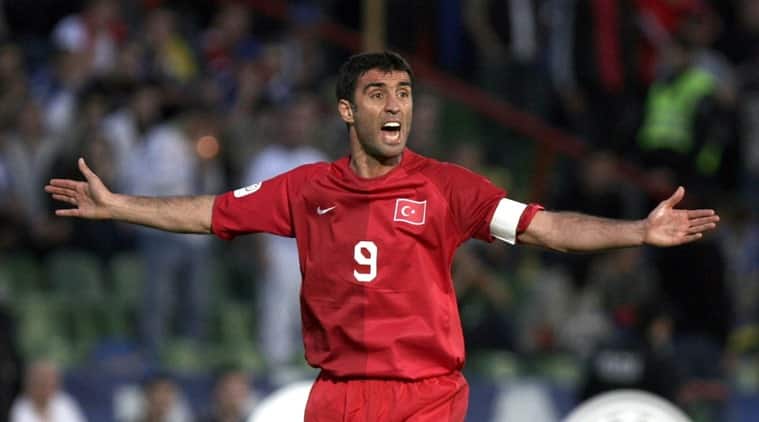 Hakan Sukur, who led Turkey to the third position in the 2002 FIFA World Cup, now drives for Uber in the US to earn a living and in a recent interview revealed how things fell apart.

In an interview to German newspaper Welt am Sonntag, the 48-year-old who has played for premier European clubs like Inter and Galatasaray, spoke of how in 2011 he joined Turkish president Recep Tayyip Erdogan’s Justice and Development Party (AKP).

However, after two years, the footballer left the party over the government’s rift with cleric Fethullah Gulen. In 2016, a warrant was issued for his arrest for his alleged links with an attempted coup.

“Stones were thrown at my wife’s boutique, my children were harassed on the street. I received threats after every statement I made. When I had left, they locked up my father — and everything I owned was confiscated,” said Sukur, who has 250 club and 51 international goals to his name.

“Nobody seems able to explain what my role in this coup was supposed to be. I never did anything illegal, I am not a traitor or a terrorist.”

The report said that Sukur’s father was released from prison, but he is presently under house arrest. Both his parents have reportedly been diagnosed with cancer.

“I have nothing left anywhere in the world. Erdogan took everything from me. My right to freedom, the right to explain myself, to express myself, the right to work,” he said.

“So I moved to the United States, initially running a cafe in California, but strange people kept coming into the bar. Now I drive for Uber and I sell books.”

Sukur said that he is an enemy of the Erdogan government, but not of Turkey. “I love our flag, our country,” he said.

Speaking about the state of the sport in Turkey, Sukur told the newspaper that football wasn’t free or autonomous.

“But we are attacked in the Turkish media [for speaking out]. They want to make sure that other athletes are too intimidated to open their mouths. I only did things that are legal in my country, in public. But because my name is Hakan Sukur, I was used to intimidate people,” he said.

ICC World Cup 2019: I’m definitely up there with the greats – Chris Gayle

Can’t focus too much on Russell: Fleming