Gujarat Titans have made a habit of pulling off victories in the most sensational fashion this season.

The script is all but familiar — faced with a massive mountain to climb in the final couple of overs and up steps the man of the hour to go off on an inspired late-game hitting spree.

The game is then decided on the very last ball of the match with a big hit that clears the ropes and sends the entire stadium into raptures.

Every single time, the camera pans to a close-up of Captain Hardik Pandya who is generally in a state of utter disbelief and shock before slowly coming to terms with the heist that his crew has just pulled off before his very own eyes. 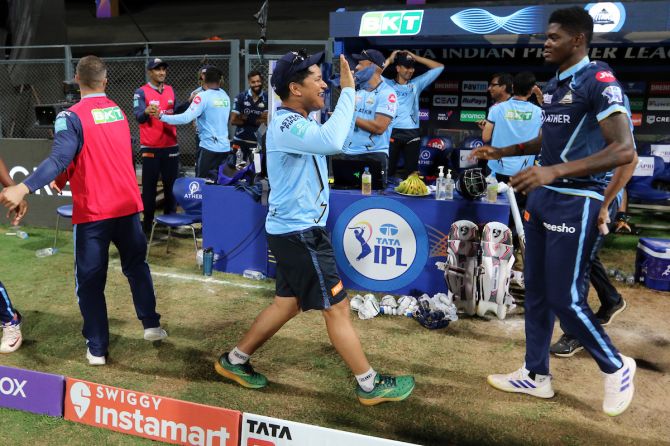 And so it was on this occasion in a top-of-the-table clash against the in-form Sunrisers Hyderabad with Gujarat needing 22 off the final 6 balls that Pandya, Coach Ashish Nehra, the coaching staff and team watched with bated breath as Rashid Khan went about defying all odds with his unorthodox selection of shots which somehow found the ropes with every ball being delivered.

With three needed off the last delivery, Rashid hooked it away for six and pandemonium ensued as the Gujarat dug-out erupted in celebrations. 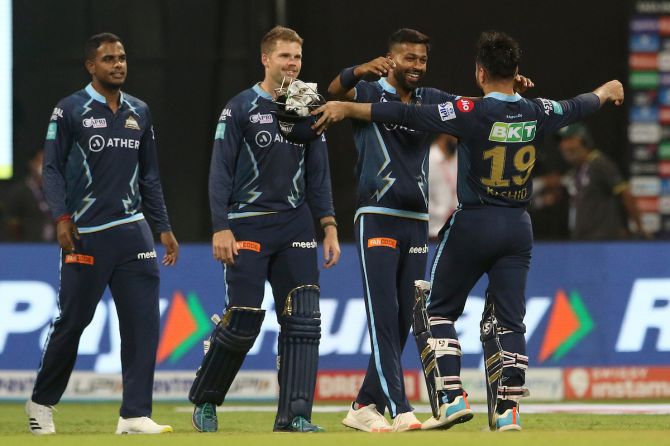 For a team in its debut season with a rookie captain, Gujarat Titans have exceeded all expectation. This is a team high on confidence, playing exceptional cricket and with a firm belief in their abilities.

As Pandya mentioned in the post match comments, “Everyone is stepping up and doing justice to what they represent.” 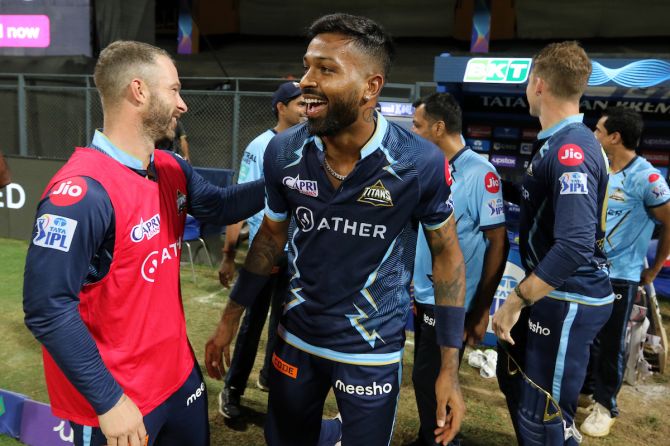 The win takes Gujarat Titans back to the top of the standings, replacing Rajasthan Royals, another team who has made winning a habit this season and has been firing on all cylinders.

Whether Gujarat has what it takes to continue their fairytale run and win the IPL is something that only time will tell.

>Having said that, the next time you see this team in a tight situation with the odds heavily stacked against them either with bat or ball, be rest assured that there will be a heist waiting right around the corner to deliver the result in the end.

A rollercoaster 2020 season for Djokovic so far…