A 55-shot, marathon rally brought fans to their feet in Flushing Meadows on Friday but nearly leveled the two men who lived through it, Norwegian Casper Ruud and Russian Karen Khachanov, competing in their US Open semi-final.

Fifth seed Ruud overcame Khachanov 7-6(5), 6-2, 5-7, 6-2 to reach his second Grand Slam championship match this year but said it took a Herculean effort after clinching the first-set tiebreak in the longest rally of the tournament by far.

“After the set point when I won the first set, we are both probably like dying because we’re out of breath. At least I felt my knees or my legs were sort of shaking. I felt like – what do you call it – the liquid acid in the quads especially,” he said.

The Grand Slam stage is no stranger to epic rallies, with a 71-shot thriller at the 2013 Australian Open between France’s Gilles Simon and Gael Monfils. 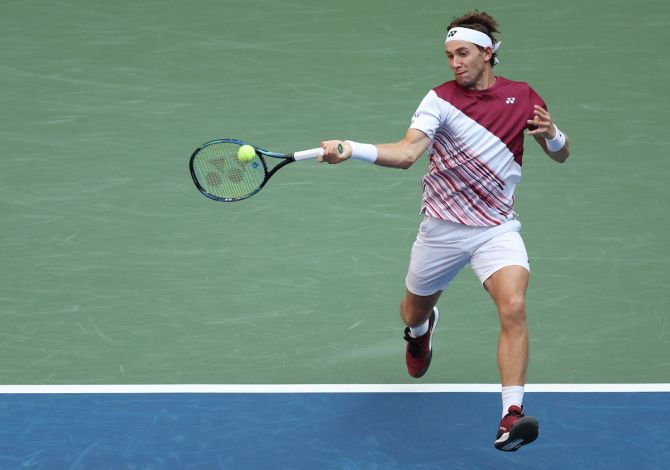 Ruud and Khachanov’s exchange far exceeded the second-longest rally of the tournament, a 36-shot battle in the third round between Russian Daniil Medvedev and China’s Wu Yibing, according to tournament organisers.

“I felt pumped in a way that we had this long rally,” said Khachanov, who quickly realised as he struggled through a lop-sided second set that the point had extracted a toll.

“A few games after showed me it was not that good, the long rally.”

Ruud will play Spanish third seed Carlos Alcaraz in the US Open final on Sunday.

India vs Bangladesh: India test the contours ahead of pink-ball Test

Law students promoted to next semester need to appear for exams: KSLU

Next steps at Gir

Govt. reaches out to Kitex