Not nervous ahead of The Hundred and England series, teenage batter just wants to make father proud

For nearly a month, teenage batting sensation Shafali Verma’s daily ritual involved waking up at the crack of dawn and knocking the hanging leather ball in her living room with the bat at Rohtak’s Sunaar Gully. Lifting dumbbells would follow the strenuous two-hour stint. It was a throwback to her preadolescent days, long before she became a household name, a phase in life spent playing tennis-ball cricket on the dusty by-lanes near home, with boys older than her.

It’s not ideal preparation for the World No.1 women’s T20I player, who has bagged a contract for the inaugural edition of The Hundred, when Birmingham Phoenix acquired the 17-year-old’s services as New Zealand batter Sophie Devine’s replacement. She thus became only the fifth Indian woman cricketer, after captain Harmanpreet Kaur, Smriti Mandhana, Jemimah Rodrigues and Deepti Sharma, to enter the tournament’s fold. She is also poised to make her Women’s Big Bash league debut with two-time champions Sydney Sixers later this year.

Before the Hundred rolls out from July 21, Shafali and her teammates will tour England next month for a bilateral series. “With so much cricket scheduled over the next three months, I would have liked to practice at my coach Ashwani sir’s academy. I miss the nets session. But given the current situation (pandemic and lockdown), this is the best that I could have done,” she tells The Indian Express over the phone. 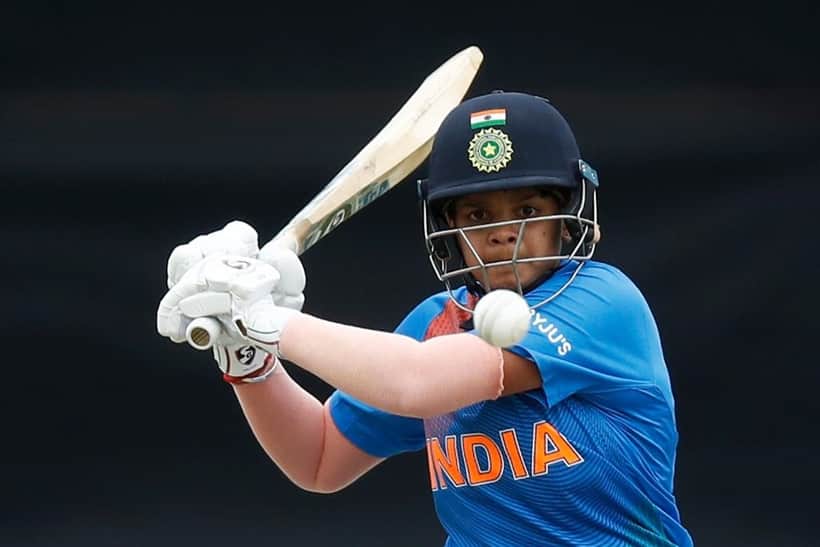 For long, the women’s game wasn’t known to throw up big-hitters, but Shafali, with her blistering stroke-play and ability to hit sixes at will, is changing perceptions. In 22 T20Is since her debut, she has scored 617 runs, with three half-centuries at a jaw-dropping strike rate of a shade below 150. Without her blazing starts as an opener in last year’s T20 World Cup in Australia, India would not have made it to the final. Her exploits Down Under had everyone from Nasser Hussain to Ian Bishop tipping her as the “next big thing” in women’s cricket.

When asked about her thoughts on The Hundred, Shafali gave a simple, matter-of-fact answer. “Koi tension nahi hain. Bus acha perform karna hain aur desh aur papa ka naam roshan karna hain (There’s no tension. I just want to perform to the best of my abilities and make my country and father proud),” she says.

These comments might come across as rehearsed. But it offers a peek into the mindset of arguably one of the most talented batters in women’s cricket. It also typifies her exuberance and child-like innocence. Despite an incredible start in international cricket, she is not someone weighed down by expectations.

In many ways, she is the poster-girl of a tournament like The Hundred, which will be her second major international assignment since last year’s T20 World Cup. From pundits, players and fans, everyone’s gaze will be firmly fixed on Shafali when she eventually turns up for Birmingham Phoenix. But that does not seem to faze her. For the teenager, this is like any other tournament.

“At a young age and on the big stage that is the World Cup, she has done well. That’s an indication of her talent and temperament. She will work things out as she goes along because she is only going to get better. We should not try and tell her that this is how she should go, this is the route she has to take or this is how she has to mould herself. Let her continue playing her cricket,” former coach WV Raman had told reporters after India’s loss to Australia in the T20 World Cup final. Another testament to Shafali’s unflinching temperament is the manner in which she takes on the best bowlers around. She smoked four boundaries against Australian pacer Megan Schutt, (who was then the No.1 ranked T20I bowler) in the T20 World Cup opener. Two months ago, in another T20I encounter against South Africa in Lucknow, she smacked three boundaries and a six against Shabnim Ismail, the current No. 2-ranked bowler in T20Is. In doing so, she blasted a 26-ball 50, which paved the way for a comfortable win for India.

Her blitzkrieg made Protea wicket-keeper Sinalo Jafta quip: “Firstly, you took the word out of my mind: fearless. T20 cricket is about expressing oneself and the way she expresses herself, I have to commend her. She is just 100% fearless. That’s the one word,” Jafta told Star Sports.

The South Africa series was particularly productive for Shafali, in which she notched up scores of 60, 47 and 23. That the string of good scores came after an year of inactivity at the international stage would have pleased her. The teen, though, used the spare time to work on her fitness and polish some of the rough edges in her game.

“I used this time to work on my weight-training. Apna body strength pe dhyan diya. I also tried to fine-tune my game and be more judicious in shot selection, in terms of choosing deliveries that I think I should hit,” she explains.

In the run-up to this year’s Syed Mushtaq Ali Trophy, Haryana Cricket Association allowed her to train with the men’s team. “She hardly looked in any trouble against Mohit Sharma and Ashish Hooda, who were bowling above 135kmh mark,” said a member of the Haryana men’s team.

This drill was not new for Shafali. At 14, she was asked to face Haryana Ranji team pacers at Rohtak’s Shri Ram Narain Cricket Academy under the watchful eyes of coach Ashwani Kumar. But facing the likes of Mohit Sharma after such a long spell away from the game would go a long way in sharpening her skills.

Amidst the intense nets sessions and frenetic international games, Shafali was mindful of balancing her studies with her sporting career. “I know the importance of academics. Despite my hectic schedule, my father wants me to complete my education. Before the South Africa series in March, I was preparing for Class X board exams. However, it got cancelled,” she says. 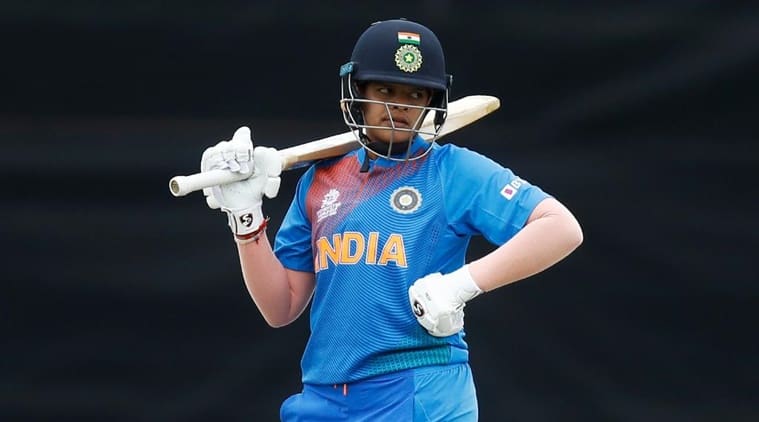 Father Sanjeev has got her enrolled in Noida’s Shiv Nadar School for higher-secondary education. “But she will miss at least the first three months because she will leave for England next month,” Sanjeev says.

But in terms of her cricket, the England series and The Hundred would be highly educative. It would be a decisive chapter in Shafali’s career. The challenge will be to retain her daredevilry and the bindaas attitude. If Shafali does that, she will leave the world in awe of her talents.

A rollercoaster 2020 season for Djokovic so far…

WOW! This hottie wore a sari with a bralette

Why women, but not men, are judged for a messy house

If Hindu girl is touched by a hand, that hand should not exist: Ananth Kumar Hegde