Cilic, a US Open champion in 2014 and a former runner-up at the Australian Open and Wimbledon, had never made it past the quarters in Paris but has now made the semis or better at all four majors. 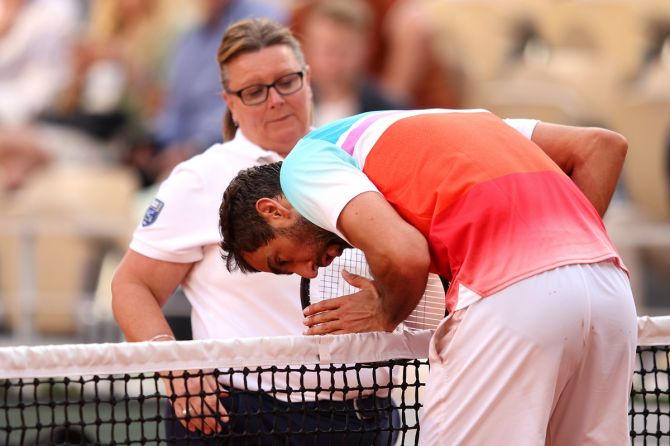 The 33-year-old Cilic now awaits the winner of tonight’s showdown between No.8 seed Casper Ruud and Danish teenager Holger Rune.

Rublev clinched a 57-minute opening set before Cilic raced to take the next two. The world No.7 fought hard to force a decider, in which he saved a match point when serving at 4-5. Rublev had a chance to break for 6-5 but some clutch serving from Cilic got the Croatian out of trouble as he held for 6-5 in an eight-minute game. The match fittingly went to a deciding tiebreak, which Cilic valiantly snatched to punch his ticket to the last four.

Rublev has now lost all five Grand Slam quarter-finals he has reached so far in his career.

Prajnesh leaves for New York hoping for entry at US Open

IPL 2021 PBKS vs KKR Live Score Streaming: When and where to watch

Indori Ishq, Those Who Wish Me Dead, Workin’ Moms Season 5: What to watch on June 10