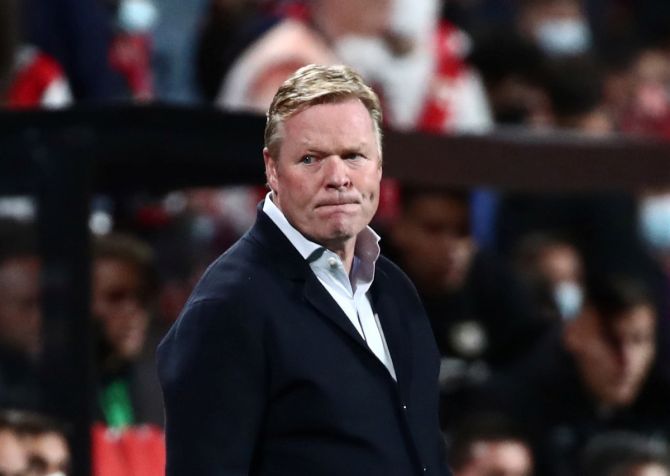 Ronald Koeman is to return as Netherlands coach when Louis van Gaal leaves the role after the World Cup in Qatar, the Royal Dutch Football Association (KNVB) confirmed on Wednesday.

Van Gaal, who has long made it clear he will leave after the global soccer showpiece later this year, said last week he was receiving treatment for an aggressive form of prostate cancer.

Koeman helped the Netherlands reach the Euro 2020 finals after they had missed the previous tournament and the 2018 World Cup, and also to the final of the Nations League, where they lost 1-0 to Portugal.

He left for what he described as his “dream job” at Barcelona in August 2020, but was sacked by the Catalan side in October last year.

“I’m looking forward to the new collaboration,” Koeman told the KNVB website. “A little over a year and a half ago, I certainly did not leave the Dutch national team out of dissatisfaction.

“My stay felt good, the results were good, and the relationship with the players was good. We will soon continue on that path. That is certain for me.”

Marianne van Leeuwen, director of professional football at KNVB, said they were keen to confirm the post-World Cup future of the team as soon as possible to provide clarity for the players and stakeholders.

“We are very happy that Ronald will return next year. During his previous term as national coach, there was great satisfaction with his work and the results,” Van Leeuwen said.

Veteran Maoist leader, who evaded law for over three decades, likely to surrender