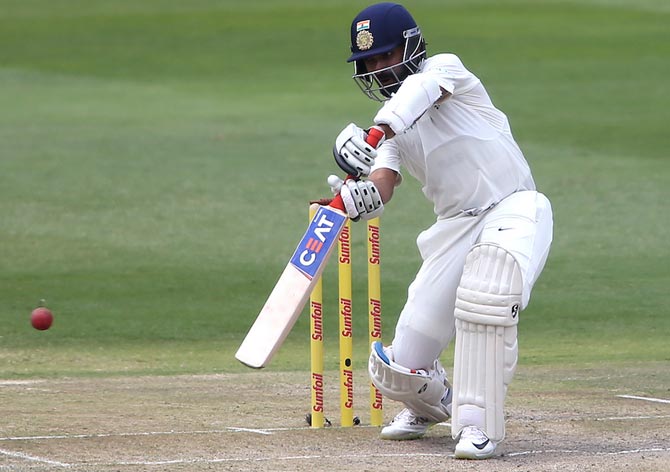 The focus will be firmly on India’s Test vice-captain Ajinkya Rahane and young prodigy Prithvi Shaw when Mumbai take on Karnataka in their Ranji Trophy Elite Group B game, beginning in Mumbai on Friday.

Both Rahane and Shaw failed with the bat in the last Ranji Trophy game against Railways which the domestic giants lost by 10 wickets inside two and half days.

It will be a good opportunity for the two players to get some runs under their belt. This will be the last Ranji match for Shaw, who departs for New Zealand with the India ‘A’ team on January 10.

The pint-sized opener got starts but was not able to convert in the last game, following his double hundred in the lung-opener against Baroda.

Shaw will have to counter Karnataka’s attack in slightly windy conditions at the Bandra-Kurla Complex ground in suburban Mumbai.

For Rahane, who has played 63 Tests, the Karnataka game provides the perfect platform to find some much-needed form before he also departs for New Zealand.

Also, Mumbai needs to improve in all departments after the embarrassing loss against the Railways at home.

The 41-time Ranji champions will miss the services of India players Shreyas Iyer, Shivam Dube and pacer Shardul Thakur, who will be on national duty.

In their absence, the likes of skipper Suryakumar Yadav, crisis man Siddhesh Lad and experienced Aditya Tare will need to stand up and deliver. Also, if another player Sarfaraz Khan, who has been named in the squad, makes the playing XI, then it will be an opportunity for him to make it count.

Meanwhile, Karnataka will miss the services of in-form India opener Mayank Agarwal but have they some quality batting like captain Karun Nair and opener Devdutt Padikkal to do the job. Their pace bowling attack, led by prolific Abhimanyu Mithun, will pose a huge challenge to the Mumbai side.

The BCCI has asked Mayank to rest in view of the upcoming season and hence he would not be playing the game, said sources in the Karnataka team.

Serie A: Juventus manager Massimiliano Allegri unhappy despite another win

‘Fit as a fiddle’ David Warner reveals his ultimate goal

Key to success in empty stadiums is…