The countdown to the 2022 FIFA World Cup in Qatar has begun.

The tournament, to be played from November 20 to December 18, will be the first hosted in the Middle East and played in eight stadiums across five cities: Lusall, Al Khor, Al Rayyan, Al Wakrah and Doha.

Football’s showpiece event, as always, not only promises a battle royal between 32 nations on the field but also off it between sportswear accessories manufacturers. Leading the charge off the field is Adidas.

They have already kicked off their campaign for the event by unveiling their 2022 World Cup kit designs for five national teams. Indeed, the latest collection is eye-catching, with dynamic colour spectrums that represent unique national identity.

The new release contains both home and away designs for Germany, Japan and Spain, while Argentina and Mexico have got their away kit.

Through unique detailing and historical nods, the kits celebrate the national culture of the countries that will be wearing them.

A first look at jerseys: 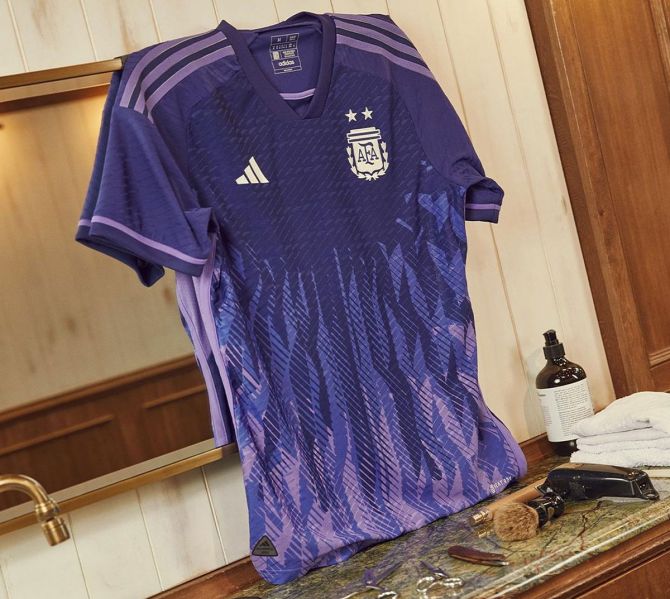 Argentina’s away jersey is inspired by the pride of the nation and its quest for a more equitable world. Its vibrant purple hues, representing gender equality, combine with fiery graphics in reference to the national flag’s iconic Sun of May. 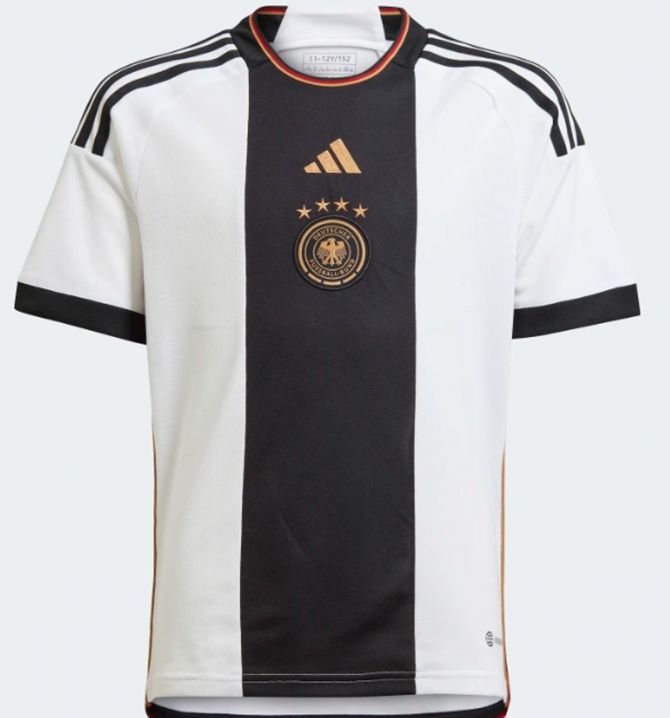 Placed over the heart and detailed in gold, a heat-applied team badge takes centre stage on Germany’s home jersey, whilst a bold vertical stripe inspired by the very first Germany shirt, elevates the classic clean aesthetic to new levels.

Detailing on the collar and shirt bindings display the iconic colours of the nation’s flag. The away jersey captures the spirit of the team, using the colours of the national flag and blurring the ‘D’ of ‘Deutschland’ to reflect the dynamic football played by the squad. 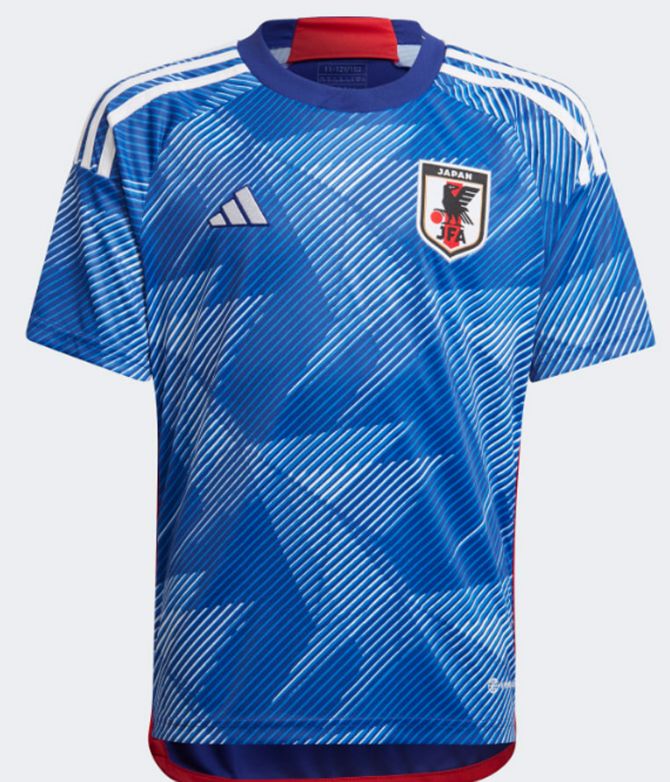 Representing self-expression, Japan’s home jersey features a bold origami three-legged-crow-inspired design, whilst its away jersey is crafted to reflect the flowing style of Japan’s play: The blurred graphics are also inspired by origami, brought to life through a design that illustrates speed. 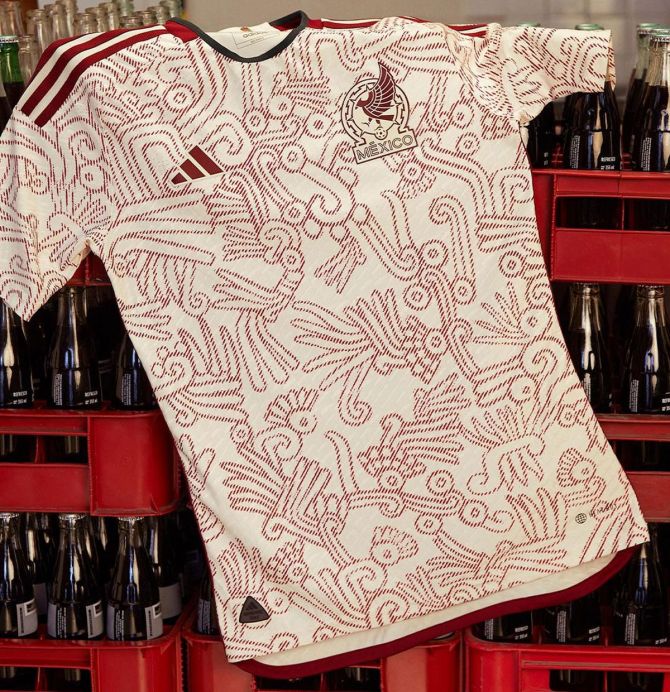 Paying homage to its ancient civilisations, Adidas infuses Mexico’s away jersey with Mixtec art to summon the fighting spirit of the nation.

Amidst the eye-catching all-over design, a sign off on the inside collar displays Quetzalcoat’s serpent body — a representation of humankind’s physical abilities. 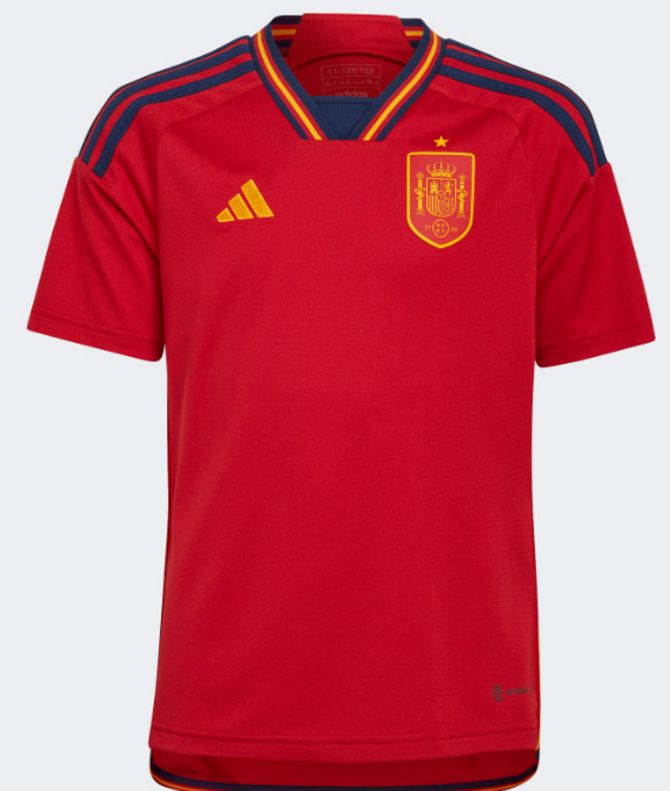 Constructed from its unique footballing DNA, Spain’s home jersey makes a timeless statement as it’s dominated by the team’s famous deep red colour, with colour references to the flag across the collar and shirt bindings.

The away jersey features an undulating graphic taking dynamic inspiration from the country’s 1982 logo, when Spain last hosted the world’s biggest football tournament.

Will India include Venkatesh Iyer for 1st ODI?

Bhula Dunga Song: Shehnaaz Gill and Sidharth Shukla beautifully portray this tale of separation and we are rooting for #SidNaaz again | Bollywood Life